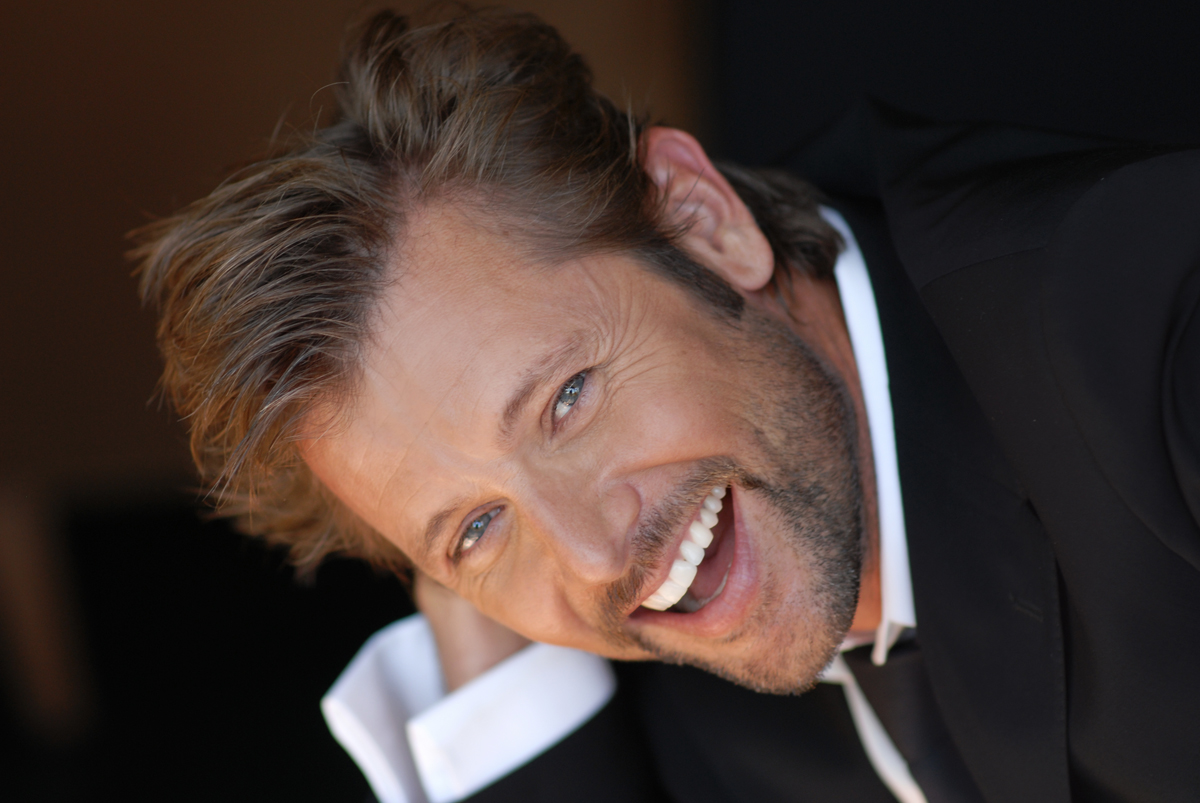 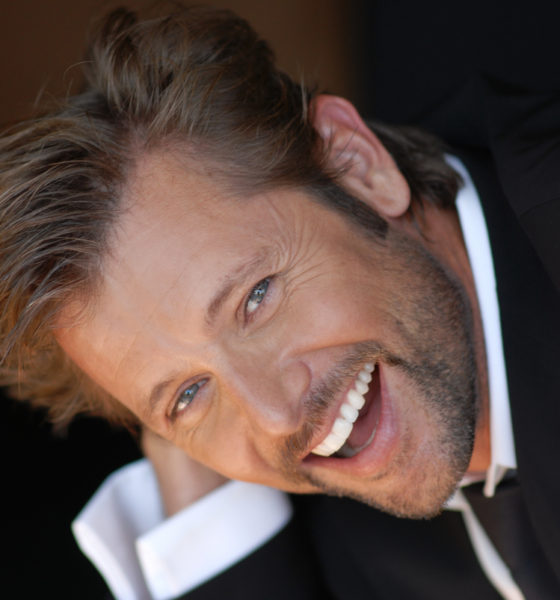 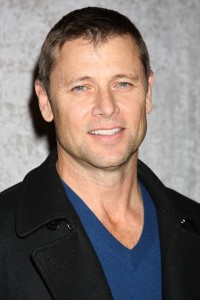 In more casting updates for the pilot:  Blake’s daughter Fallon Carrington will be played by Sex&Drugs&Rock&Roll‘s Elizabeth Gillies, and her soon-to-be stepmother, Cristal played by Vampire Diaries‘ Nathalie Kelley, who in the reboot is a Hispanic woman marrying into this WASP family and America’s most powerful class.  Murder in the First Class star, Sam Adegoke has been cast in the role Jeff Colby.

The Dynasty reboot is being helmed by Gossip Girl creators Josh Schwartz and Stephanie Savage and Revenge producer Sallie Patrick.

So what do you think of the casting news of Grant Show as the new Blake Carrington? Share your thoughts in the comment section below!

Well, I can’t see it, but I’ ll wait until they release a cast photo. I don’t know who these other people are. Should be interesting to see how they pull it off.

Agreed, I can’t see him as Blake. John Forsyth had a very specific thing he did for Blake’s portrayal and Grant has none of that aura. No idea who the others are but I may tune in for a few minutes or least checkout a trailer to see if any of it catches my eye.

If this makes a full season…I will be shocked.

Good for him and i hope its a hit but i wont be watching…the original was great campy fun and addictive…reboots of old show rarely arent as good as the original…now if they got Emma Sams to play Alexis i might take a peek!!!

…along with Dame Joan Collins playing The mother of ‘Alexis’!

Say it ain’t so…Emma Samms as Alexis..BIG pass for me if that happens. Dallas was a good reboot but this one I agree with you Jimh maybe not such a good idea. Iconic because of the camp which I don’t think can be duplicated.

Just to clarify, “Dynasty” is a reboot (restart with different actors playing same/similar characters). The recent “Dallas” was a continuation of the original series with the original performers mixed with newcomers.

Steve…dear dear misguided Steve…IT WARE A REBOOT TOO. A continuation indeed. Off the telly for ages rebooted and rewrapped…that’s our Dallas…that’s our DINASTY AKA DYNASTY. Oh now look…you’ve brought out me English bits and all.

It just keeps getting worse and worse……….

Grant Show is an interesting choice but I’m not sold on the other actors that have been cast so far. However since it is from Josh Schwartz and Stephanie Savage, I’m keeping an open mind…

Dynasty was a child of the era that birth it— don’t think the same premise will work as well today even with the twist– and it really isn’t much of a twist— to really modernized it, I would have made the Carringtons Asia and had a black woman married into it– but as is, I guess it will come down to the writing whether this something new and fresh or basically trying to make a white version of Empire

They are modernizing the characters. Not only is Cristal (spelling changed to indicate Latina heritage), Jeff has been cast with a black actor and Sammy Joe is a Latin Gay male!

Hmmm. Basically just One Life to Live 1960s WASPs v. the Woleks and Carla Hall and intermarrying and all that. Agnes Nixon did this most probably better 49 years ago.

so why not use some of the OLTL cast..

and Melissa Archer would make a great – daughter that Blake/Alexis didn’t know that they had?

This wont last 3 episodes before its canned

Rob…EXACTLY!!!!! TPTB over at the CW are TOTAL IDIOTS for even trying to do a Dynasty reboot!!!!! DISASTER ALL THE WAY!!!!!

This is CW. You folks are really ignorant. CW have never pulled a show in years. This would have to bomb of epic proportions for that to happen and fyi two of their new shows flopped this Fall neither got pulled.

too young for the part of blake but would have made a great matthew blaisdel !

Cant anyone come up with something new instead of the same old stuff rebooted.
If they spent as much time and heart in the soaps that were cancelled we wouldn’t
be waiting for rebooted crap!

Wow!!! That’s exciting! I’ll watch. We have a tendency to pigeonhole actors. We only want toners them in this role or only playing such and such character. They are actors. The project is a reboot. I like a good reboot.Look how successful Gossip Girl and Pretty Little Liars became. This show will feature former daytime and nighttime soap favorites so I am willing to give it a chance.

It’ll probably last longer on the Cw than any other major network….Seriously, Supernatural is in its 12th season and no one watching it will admit they watch it..

This “rebooted” Dynasty with its “reconstituted” cast sounds absolutely abysmal…and that is coming from someone who adored Grant Show on both “Ryan’s Hope” and “Melrose Place!” I’ve since enjoyed his appearances on subsequent series, as well, but this definitely won’t be one of them. I shan’t be watching!!!! (And why can’t people just leave well enough alone? The “real” Dynasty was an international smash hit…it had its time and place as a very fond footnote in television history and as thus, doesn’t require any sort of 21st century politically-correct tinkering.)

Can’t wait- always thought he would be a big star just bad luck . 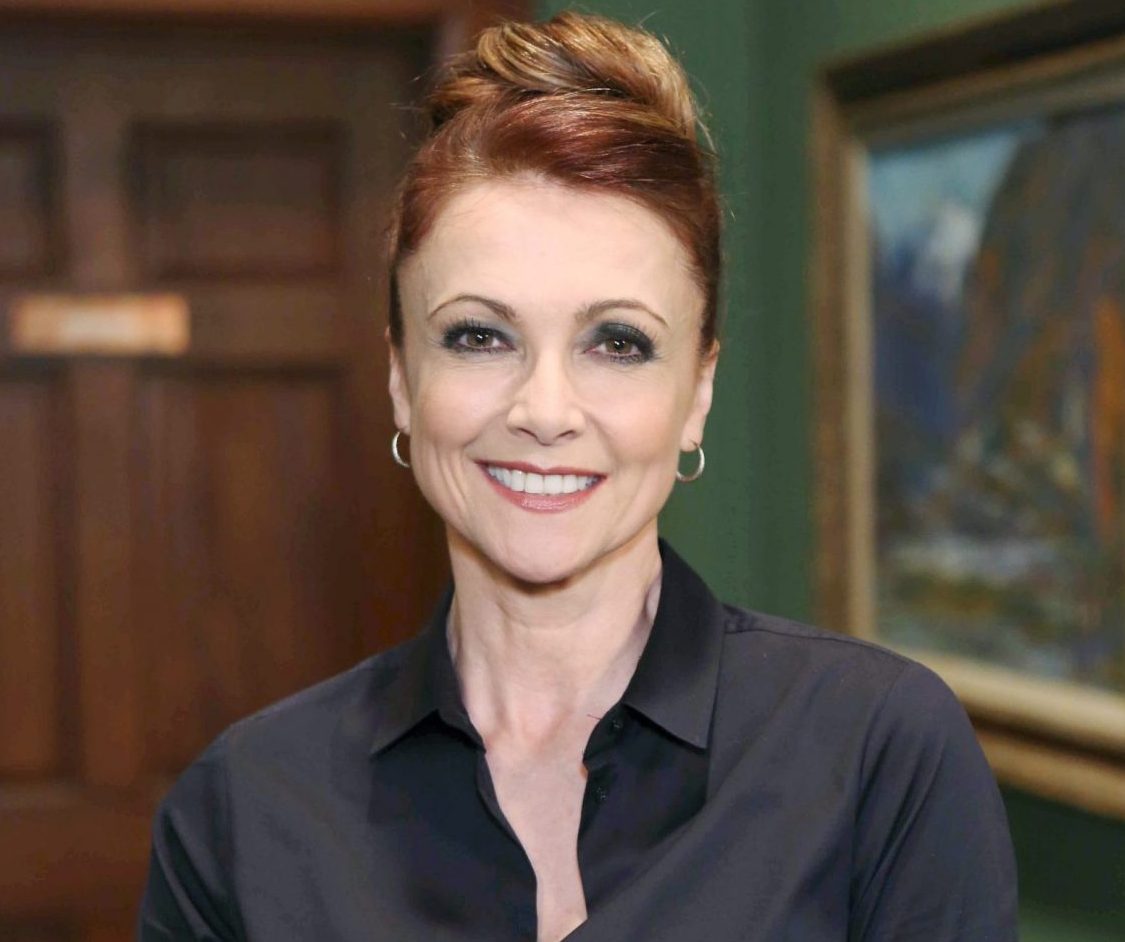 While General Hospital fans have been curious to find out just what is the true fate of Holly Sutton who is believed to have died, sending Robert Scorpio (Tristan Rogers) on a mission to find out just what had happened to her, Sutton’s portrayer, Emma Samms has been going through her own difficult time since testing positive for the coronavirus back in March in the U.K.

Samms was never hospitalized for her symptoms related to the virus, but according to a report and interview with The Times, she has been suffering from long bouts of tremendous fatigue, where even small tasks like talking on the phone or doing gardening have become difficult for her.

Emma revealed, “This panic-inducing level of fatigue has been less startling and immensely compromising … and it fluctuates. I improve slightly, have a couple of good days, and assume I am on the road to recovery, only to go right back to feeling horrendous.”

The popular actress has a condition currently called “Long Covid”.  However, researchers and doctors  who are working closely on COVID-19 are still unsure why certain people have been unable to recover, nor how to treat the condition, which mimics Chronic Fatigue Syndrome.

The actress who first became soap famous for GH, later appeared on the original ABC version of Dynasty as Fallon Carrington.

Send your thoughts and well-wishes to Emma during this difficult time, as we know many General Hospital fans would love to see her back on the ABC daytime drama series as a very much alive, Holly.  Comment below. 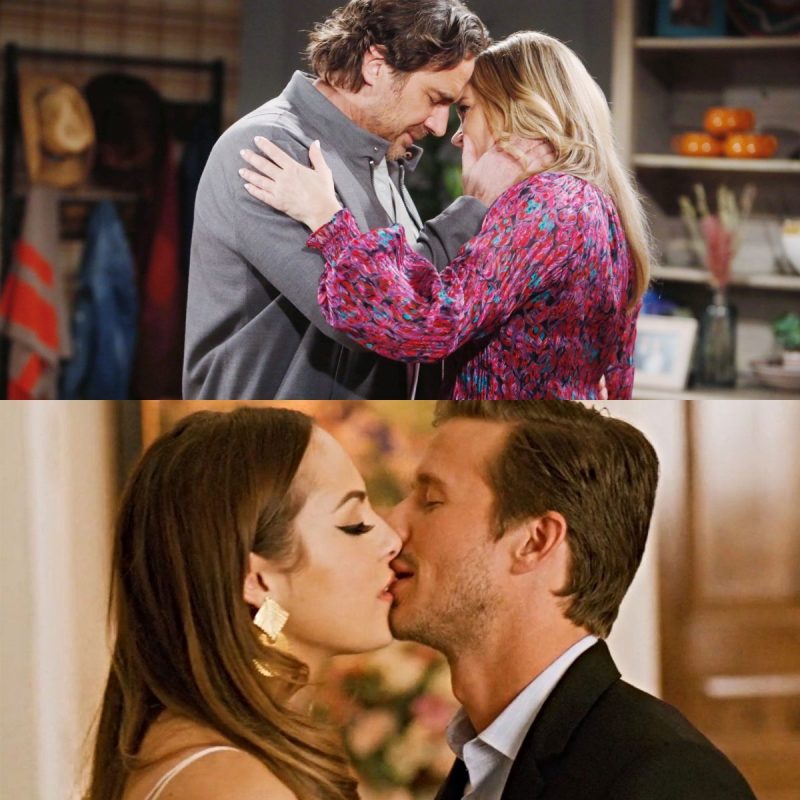 In one of the more entertaining but true titles of an article in the New York Times, “How to Shoot a Sex Scene in a Pandemic: Cue the Mannequins” several series executive producers and showrunners participated and related how they are coming up with ways to exist in a COVID-19 world, but need to keep the love stories, and intimate moments still look alluring for its viewership, especially those bonafide soaps.

At the forefront remains The Bold and the Beautiful and its executive producer and head writer, Brad Bell.  BOLD has returned to making new episodes and as noted today, will be airing all-new episodes come July 20th.

In the NY Times piece, Bell shared on making the love scenes work:  “At first, we took out the love scenes, and the show was falling a little flat because we’re all about romance and family interactions. One of the first ideas we had was to bring in mannequins for the intimate scenes and hospital scenes, and it’s working quite well — we’re shooting it from a great distance or in a way you can’t see the form is inanimate.”

When asked how his cast is handling the transition to lifeless stand-ins, he shared.  “We’ve had a lot of strange looks and questions like, Do you really want to do this? But everyone is game. They are getting their first latex kiss.”

Another soap, CW’s Dynasty, who had to wrap its 3rd season much earlier than they had hoped, without the wedding of Fallon and Liam due to COVID-19, is figuring out how their over-the-top sexy sudsy show might look when it returns.

Showrunner, Josh Reims shared with the Times: “Phone sex has certainly come up a lot. I was looking through the first episode written before all this, and basically removed everything that said, ‘And then they kiss.’”

Reims noted: “The joke among the writers is that we will watch two characters say they want to have sex and then cut to them saying, ‘That was some great sex.’”

It is Reims true hople that when Dynasty returns next spring in 2021, that the effects of COVID-19 will not be felt or will have at least subsided, adding “No one is watching ‘Dynasty’ to be reminded of a pandemic.”

So, looks like soaps are leading the charge to get you back to enjoying love in the afternoon or the evening? Comment below.

In a rare, and exciting virtual chat today )May 22nd), the entire cast of CW’s Dynasty on board for a conversation with TV Line beginning today at 12 p. m. ET/9 a.m. PT.

The cast is coming together during the COVID-19 pandemic for the launch of its just completed 3rd season on Netflix.

To check out the livestream, go to this link here on You Tube.

Maybe we can learn some backstage secrets of those backstabbing Carringtons and their frenemies!

Will you be checking out today’s virtual Dynasty chat? Comment below.