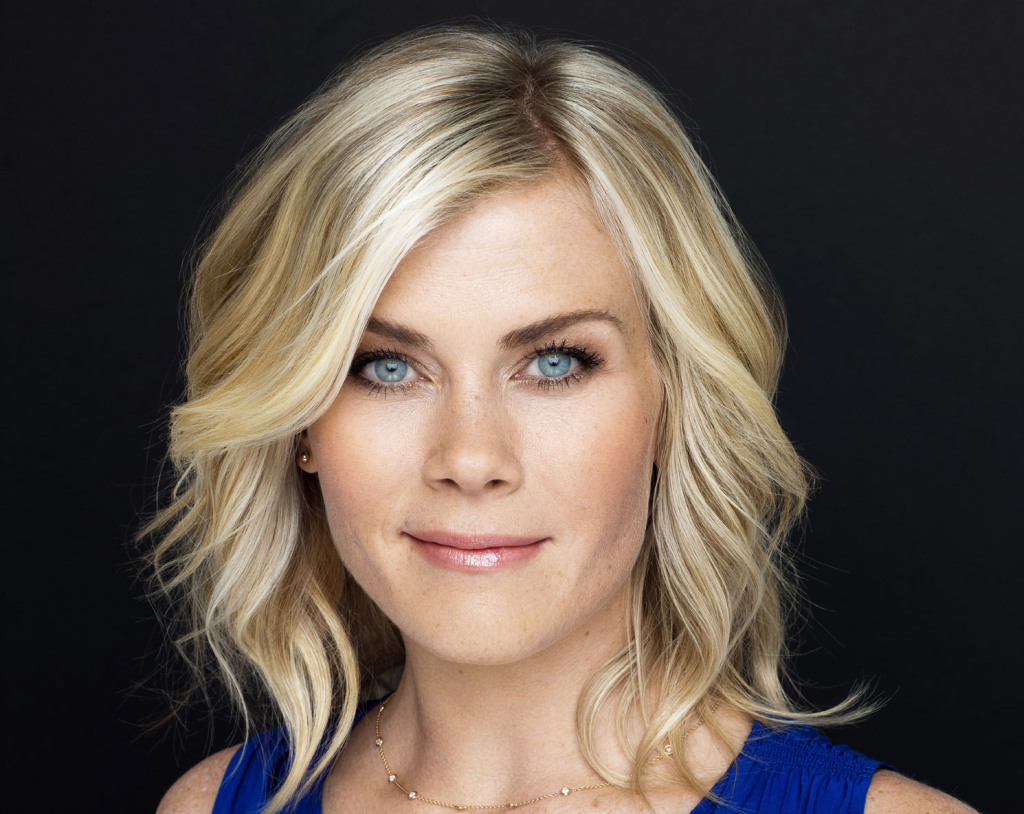 Fantastic news for Days of our Lives! One of their biggest stars, Alison Sweeney (Sami) is going to be spending a lot more time in Salem when the show returns to production in September.

According to a report by Deadline, Sweeney will be back taping all-new episodes later this year as part of a new deal that will have her airing through most of Days’ current season contract with NBC into most of 2021.

This marks a new deal for Sweeney with the long-running show.  Alison left DAYS in 2014 as a full-time cast member, but since then has been returning for multiple short term story arcs since 2017.

In a statement, Days of our Lives executive producer, Ken Corday expressed: “It is always a beautiful day in Salem when we get to welcome Alison Sweeney back to the canvas.  Sami Brady is an integral part of our show’s history and we are elated that she’s coming home again.”

As to the storyline for Sami, while we are sure the show is keeping more under wraps, Deadline reported that Sami will  part of an emotional storyline centered around family and her SORASed daughter Allie Horton (Lindsay Arnold), which viewers are currently seeing play-out on current episodes airing in August and into September.

In addition to her new stint with DAYS, Sweeney will continue to produce and star in her other projects; many of them, as fans know, for the Hallmark Channel.

So, what do you think of more Sami on the way on DAYS … and more Alison Sweeney for a lengthier-time on the daytime drama? Comment below.

Camila Banus Talks on Her Decision to Return to DAYS

Definitely a good shot in the arm for DAYS! Can’t wait to see what’s in store.

I am SO excited for this. Alison is one of the daytime greats and i am SO excited she is sticking around Salem. This HAS to mean they are finally going to recast EJ. And they will probably bring Johnny onto the scene as well! OMG THIS IS AMAZING! EJ can’t stay in Europe forever! Paul Leyden(ex-Simon, ATWT) is my top pick. He has an accent and is tall, dark and very handsome!

the one actor that came to mind… ie: recast EJ

I read somewhere that Rafe is not leaving Salem.

He is leaving. Because his daddy somehow got the entire family targeted by some unknown band of criminals. But apparently he and Gabi will both be back… presumably before the Hellidays.

WITH ALL the sweeping change’ – it seems like it’s back to @DAYS of ole: Sami AND Nicole. WHEN soaps MUST – change – with the time unless @Ken Corday is that smart… perhaps by the demise of Hope AND what should be Jennifer. smell her dead paycheck any one? recognizing the quality they have in Linsey Godfrey And Stacy Haiduk they bring along , stalwart Ali Sweeney AND Ari Zucker…. Yawn As I type this.. I realize… OH GOD NO ! Galen Gering and Ali Sweeney AGAIN! if DAYS truly want a surefire HIT !!!! they would rehire Christy… Read more »

MY QUEEN : slap me

Marci Miller AND Billy Flynn : I LOVE HIM. okay

for ALL the upheaval… ??? REAL’ly ? QUALITY STUFF LEFT

Lani and Eli ( and the twins )

Ali AND Tripp : welcome back to the younger set .. of LOVE

this show has some stir, fire, simmer, and AMMO

Yes!
Yes!
Triple yes to Sami along with Tripp and ofcourse Samis rival sis Carrie!!
Would love to see Rons take on Sami/ Rafe/ Carrie / Austin!
My all time fave days triangle is Sami/ Austin/ Carrie !
Days wasnt doin much for me the past cpl months but really excited with Sami and the gorgeous Marci Miller back and poosible news of Tripp s return especially since Patchs around again!
Would just wish Days would really promote the show during the day on tv with commercials since its one of the only shows/ soaps not affected with shutdowns
Cmon NBC!

Christy Clark lives with her husband and children happily in London, England.

AND, I pray; she’s long past her covid-19. my best to you and yours Ms. Clark and all the readers on this wonderful platform. I hope i reach the heaven

WOW was their instantaneous combustion … ALL over the telee when Carrie and Rafe did in fact “CHEMISTRY” !!!! oh lord, it was smart, LOVE, n FEAST !!!!

have been watching Judi Evans as @Bonnie. Lord God same goes with Ms. Evans (covid, plus) and hers. moment of silence… candle lit ‘ heart

I would have rather they kept on Greg Vaughn.

Based on his statement, I doubt Greg Vaughan would immediately return to the role of Eric, especially given that prior story promises never happened.

And I would guess with his statements, Greg has burned bridges with the way he pointedly shades Ron C. Even if he thinks he didn’t get the stories he was promised, not a good look to appear to be whining about it publicly. I like Greg, but he shouldn’t have taken that approach. And he thought he was a “supporting player” in everyone else’s story? Well, his character — no matter how likeable — was not meant to be the star of the show.

“…Well, his character — no matter how likeable — was not meant to be the star of the show ” I agree I certainly also think he got to do so much more than be that “glorified extra” ??? these casts are huge? who’s hot , who’s going backburner, comings and goings ???? Greg Vaughan was at his all time high w/Eileen Davidson: whatever they are smoking. this last return ? I thought Greg Vaughan AND Linsey Godfrey ROCKED THE HOUSE ! until the return of Ari Zucker… then here comes sister Sami in Ali Sweeney. hence, my opine that… Read more »

The Devil has always been a fan of Samantha Brady. Great decision to keep her around.

I think getting James Scott back would take a miracle.

This news makes it even stranger that Will won’t be around. Can we please get him back?

This show is not appealing in the least anymore because it’s turning into the Jarlena hour & everyone else not associated with them is written for poorly & given maybe 1 day every two weeks. I call them ReRons leftovers, those he doesn’t care about. I guess time jump was so bad they have to time warp back to 09 or so with the last blast crew too? So much for new characters & diversity. Pathetic

Funny, because usually the soaps are called out for NOT focusing on veteran characters and their families. I think that’s something that the Days team is actually doing really well with. But I agree about the lack of diversity.

I was shocked to see actual courtroom scenes! In many months, courtroom scenes were avoided like the plague. We just saw characters talking about them before and afterward, sometimes in some kind of anteroom to the courtroom. It was so awkward…

Everyone loves Sami. Glad she’s back.

Glad Sami is back. Everyone loves her.