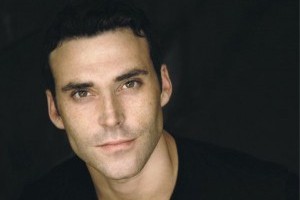 The Online Network announced today that actors Brooke Newton and Jason Pendergraft have joined the cast of All My Children! Newton steps into the role of  Colby Chandler, the spoiled entitled daughter of patriarch Adam Chandler.

Pendergraft checks into Pine Valley Hospital as the handsome Dr. Anders, an all-business physician and a brand new character.   Newton’s episodes of AMC begin streaming on Thursday, May 16.  Fans can check out Pendergraft’s episodes which begin running on Monday, May 27.  New episodes of AMC are available on Hulu and iTunes!

A little about Brooke Newton:  Born and raised in Ocala, FL, Newton began appearing in TV commercials when she was just 8 years old. Newton’s television credits include “Gary Unmarried,” “CSI: Crime Scene Investigation,” “Glee,” “How I Met Your Mother,” “Mad Men,” “Happy Endings,” and “Suburgatory,” to name a few.  Newton has also appeared in numerous motion pictures including  “Natale a Miami,” “Real Premonition,” “Sydney White,” “Little Fish, Strange Pond,” and “RoboDoc,” among others. This summer, Newton has several films set to be released including “Jake Squared,” “Hamlet’s Ghost,”  “Jet Set,” and “A Leading Man.” Fans can check out Newton in the feature film “Knife Fight,” starring Rob Lowe, which is currently in theaters. From 2004 – 2005, Newton was a cheerleader for the Tampa Bay Bucccaneers.

A little about Jason Pendergraft:  Born and raised in the Pacific Northwest, Jason earned a degree in Theater from University of Washington.  He moved to New York City where he studied at the William Esper Studio for three years. His television credits include “Law & Order,” “As the World Turns,” “CSI: New York,” “Gossip Girl,” “Army Wives” and “White Collar,” among others. His film credits include “When Will I Be Loved” and “Frat Brothers of the KVL.” When he’s not in front of television cameras, Pendergraft is an accomplished carpenter and cabinetmaker.

So we have question for AMC viewers, who do you think Dr. Anders will be paired with romantically? We think we know, but won’t spill the beans! And what do you think of another Colby to the canvas, when there have been so many previously? Will this Colby get the golden Chandler ticket?  Let us know your thoughts!

One Life to Live's Premiere Week Dance Moves – From Shelter To The Opening Sequence!

I’m glad to see AMC is back, I just hope they introduce new characters slowly & give viewers a chance to know who they are & like/hate them before they’re put on the front burner. As for re-casts, please – don’t just hire pretty faces – hire people who can act! I’ve loved every moment of what I’ve seen thus far and am looking forward to decades more of All My Children! Welcome back, we missed you!!!

She sort of resembles Natalie Hall, the previous Colby.

I was thinking the same thing

You’re right I think it might be the blond hair and blue eyes.

I am not use to the swearing on AMC & not so much on OLTL . It seems to happen more often on AMC.. Like today. Which I don’t think is necessary. It is mainly the young
actors doing all the swearing. There are so many other words they can use… Is it so necessary to swear ???? Again I am not use to it after watching AMC for a long time. That is my only complaint. I will still watch AMC .

It will take a little getting used to but honestly, have you walked the halls of a high school lately, or been behind a group of teens at the mall? This is the reality of how teens talk when their parents are not around. Not judging whether it’s right or wrong for teens to act that way, but the reality is that they do.

I’m happy to see that Colby is coming back to AMC. Kind of wish that Natalie Hall was returning, but I am willing to give Brooke an honest chance. As for Jason, I don’t know much but I’m sure he’ll be great!

Well, honestly, I have literally lost count on how many Colby Chandlers there have been – for a while there it seemed like every six months someone else was playing the role. So, I guess it is fine that a new actress is doing the role, at least it is a character we all (sort of) know. On Friday’s re-cap show, they did say that more core characters were definitely returning – I hope this means Michael Knight is returning as Tad Martin….they need him. Without him, I’m not sure what Dixie is supposed to do – and the same… Read more »

And they have been mentioning him A LOT lately! I can’t wait to see Tad the Cad back in Pine Valley!!