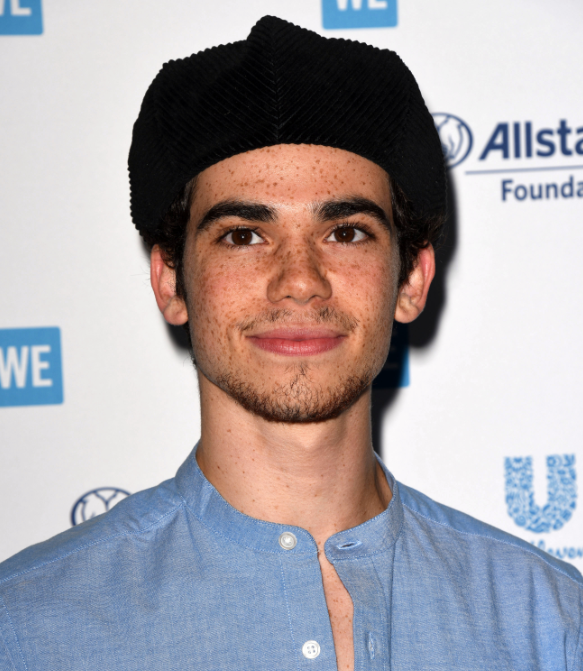 Fans, and the entertainment industry including; many soap opera notables, have been saddened over the sudden death of the very popular Disney Channel star, Cameron Boyce over this past weekend.

On Monday, an autopsy was performed and the cause of death was ‘deferred pending further investigation’ according to the L.A. County Department of Medical Examiner Coronier’s office.

Boyce was found unresponsive in his home on Saturday afternoon.  A spokesperson for the Boyce family said in statement previously that the beloved actor died from a seizure in his sleep: “It is with a profoundly heavy heart that we report that this morning we lost Cameron.  He passed away in his sleep due to a seizure which was a result of an ongoing medical condition for which he was being treated. The world is now undoubtedly without one of its brightest lights, but his spirit will live on through the kindness and compassion of all who knew and loved him.”

Although, best known for his roles on the Descendants and the TV series Jessie,  as well as the movies Grown Up and Grown Ups 2 that starred Adam Sander, Boyce was only 20 years old.

Boyce also appeared on General Hospital’s spin-off, GH: Night Shift in the role of Stone, the son of Jagger Cates (Antonio Sabato Jr.) and Karen.  Upon learning of his death, his former on-screen dad, Sabato Jr. tweeted: ” Rest In Peace Cameron Boyce, it was an honor to have worked with you and spend our time together. Man my heart is broken, what an amazing kid with an amazing future. My deepest condolences to his family & friends. We will all miss you. #brokenheart.”

Kimberly McCullough, (Robin, GH) posted, “#CameronBoyce Had the pleasure of working with him on Night Shift where he played ‘Stone Jr.’ Broke out some crazy legs one day on set.  That’s how I’ll remember him. RIP bright soul.”

Michelle Stafford (Phyllis, Y&R) shared a video with Boyce.  Michelle’s daughter Natalia was a big fan of Boyce.  Staffotd wrote in her Instagram post: “NO ONE and NOTHING is way cooler than you, you beautiful, sweet, Talented shining star. Anyone who has young children has probably watched this man 1 million times! And seen just how talented he is. What an honor to have met this young, charismatic man who joyfully sent this message to my daughter who is IN LOVE with him. I want to send out my love and prayers to Cameron’s family. This is a GREAT loss for all of us. God Speed. You will ALWAYS shine bright ”

NO ONE and NOTHING is way cooler than you, you beautiful, sweet, Talented shining star 🌟 Anyone who has young children has probably watched this man 1 million times! And seen just how talented he is. What an honor to have met this young, charismatic man who joyfully sent this message to my daughter who is IN LOVE with him. I want to send out my love and prayers to Cameron’s family. This is a GREAT loss for all of us. God Speed. You will ALWAYS shine bright❤️🌟 @thecameronboyce

Share your condolences and thoughts on the passing of the talented Cameron Boyce, who was gone too soon via the comment section below.

I remember him from night shift, how sad indeed, I remember him being jaggers son, but not Karen, jagger never ended up w/ karen, stone jr mom was never revealed.