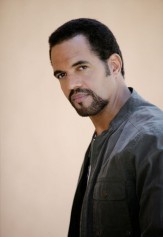 Tonight on his facebook page, The Young and the Restless’, Kristoff St. John, cleared up the rumors from today’s post below by Sara Bibel, that the Emmy winning actor was rumored on his way out of Genoa City.

St. John had this to say, “To all my peeps out there, this I must share, cuz I know you care; As of right now, today, I am not leaving The Young and The Restless. I love   my daytime home and treasure it.  I love all you and thank you for your beautiful support.”

Earlier today, Sara Bibel of Fancast, had an item that had St. John possibly departing his role on Y&R to take a role in the new comedy pilot by the Wayan Brothers.  In her post, Bibel stated,  “It is unclear at this time whether this would be a short term leave so he could film the project, or a permanent exit from Genoa City. Neil has not had a major storyline on Y&R for a while.

The character’s romance with Ashley fizzled.  But Julia Pace Mitchell has been cast in the new role of Sofia, Tucker’s CFO, a character who seems likely to be a potential love interest for Neil.  St. John’s unexpected departure could alter the storyline.”