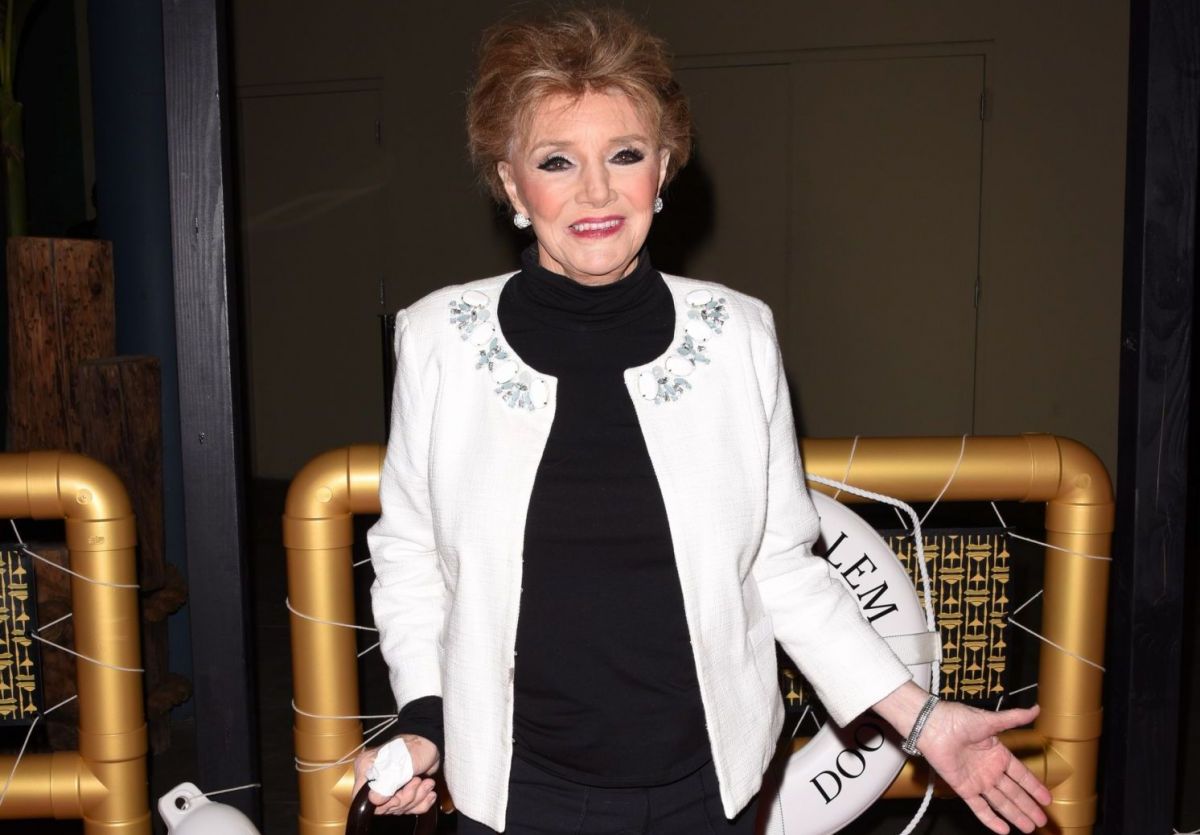 One of the greatest actresses, and one of Days of our Lives most beloved cast member, Peggy McCay (Caroline Brady) has passed away.

According to reports, Peggy passed away in her sleep on October 7 at the age of 90 of natural causes.  Peggy’s close friend, Denise Kiel Smith broke the news on social media on Twitter relating: “To all of Peggy McCay’s dear friend and family I have some sad news…  Peggy passed peacefully in her sleep of natural causes Sunday morning at 1:00 am. She always appreciated you, her loyal fans, for all of the love and support that you gave her throughout the years. Peggy enjoyed a lifelong career of acting in television and movies. She loved working at Days of Our Lives nearly to the end. Acting and animal rescue were her passions in life. If you would like to show your support please visit the Kitty Bungalow, Peggy’s favorite charity, at Kitty Bungalow.”

One of the greats in her field; Peggy was nominated in the Outstanding Lead Actress  category at the Daytime Emmy Awards for her performances as Caroline Brady 4 times. However, Peggy won a Primetime Emmy for Outstanding Guest Actress in a drama series for her work in the The Trials of Rosie O’Neill.

DAYS fans have missed Peggy on-screen for the last few years.  The last time she appeared on-screen was in late August of 2016.  McCay originated the role of the Brady matriarch in 1983.

Throughout the last 24 hours, fans, cast members, and co-workers of the beloved Peggy have taken to social media to share their remembrances and grief and love for this talented powerhouse performer.  We will share many of those with you in a post to come.

I watched her for many years on Days. She will be missed, as will Caroline. Hopefully they’ll do a farewell for Caroline on Days.

A class act and up until her final appearances, a key reason why I liked DAYS, even with all the crazy stories and plots. Miss McCay’s portrayal of Caroline Brady was genuine, authentic, real… the actor rose above some of that silliness. Daytime has been blessed with so many wonderful talents, and it saddens me to say goodbye. Miss McCay was among a generation of actors that helped develop a medium and a genre. Thank you!

A huge loss for the Daytime community. She was a beautiful actress and will be missed. Condolences to all who had the pleasure of working with her. RIP Peggy McCay.

What a loss, but also what a blessing it’s been to have had her as long as we did.

Peggy McKay was a wonderful actor and her Caroline Brady was iconic.

What a remarkable career Ms. McCay had. I have very vague memories of her as Van on Love of Life (I was a very small child). I remember her very well as Iris on General Hospital. And I definitely remember her for her years in episodic television.

Thank you Ms. McCay for years of wonderful entertainment. May you rest in peace.

She was the heart of the Brady family. I too hope they do a farewell episode for the character. She was also Vanessa on Love of Life, before Audrey Peters.

I do think the show will eventually address the character of Caroline dying but probably not till Spring of next year at the earliest.Plus the show may want to try to bring back former cast members like Patsy Pease(Kimberly), Alison Sweeney(Sami)and even Peter Reckell even though his character Bo died.Bo could appear as like a ghost.

We just lost Frank Parker who played her husband Shawn Brady and I had asked about Peggy-such sad news to hear…both are and always will be sorely missed!

I really had missed her on DOOL and wondered whatever happened to her, how she was doing. It sounds like she passed peacefully and that’s a blessing for anyone. I appreciated her acting and advocacy on behalf of animals so much. DOOL tapes so far in advance that I guess we won’t be seeing any mention of “Caroline’s” passing on the show until well into next year. But when they do, (and they’d better), I really hope they use a lot of flashbacks of her many antics. I also find it ironic how close Peggy passed after Frank (Shawn “Pops”… Read more »

I love this woman.. perhaps because she reminds me of my mom and elders

She withstood the test of time; DAYS – NEEDED – HER… ABSOLUTELY

I would imagine they never took it for granted… so right

I always loved her scenes with Peter Reckell and John Aniston. She will be missed.

My reaction outloud was “oh no!”

Many of us have been asking how she’s been lately, how her health is and hoping to see her on the show again. Sadly that won’t happen again. I’m really upset about this.

I hope the show does an amazing tribute to Shawn and Caroline! Interesting that they both passed away within days of each other!

I’m glad Peggy McKay was nominated for Lead Actress Emmy in her last year on the show and was able to go to the awards!

As am I… “..I’m really upset about this” NEVER getting to see her one last elegant heart beating proud of her offspring and Husband and Livelihood she bared

a mother gets this
a mother reaches out

what a catch she was… love Peggy McKay

Wasn’t she the original Vanessa on Love Of Life?

Yes, she was the first Vanessa Dale.

I’m not familiar with the actress; wasn’t watching Days back then. I do appreciate the love she had for cats! Just followed the link here to Kitty Bungalow. Kudos to them (and Ms. McCay for her support) of this wonderful-sounding haven for cats. If I lived in CA I’d volunteer there.

PEGGY, so lovely in the pix above, always was a natural-born successful actress, 1 of the best in ALL OF DAYTIME/PRIMETIME BOTH. AMAZIN’ to the end, couple years ago when i am last seeing her at the Brady PUB, and i always love seeing her realistic-motherly ways with ROMAN,KIMMIE,BO,and all the kids, KAYLA, and her son/daughter in laws on air,and also her wild, but loving (at times) SAMANTHA-JEAN(sami)i love her. I know the cast are so devastated but she has had a full life, and i know most of us would (i hope) when it is time for me to… Read more »

This is so sad.May God be with her and her family, she will be missed.May she rest in peace.