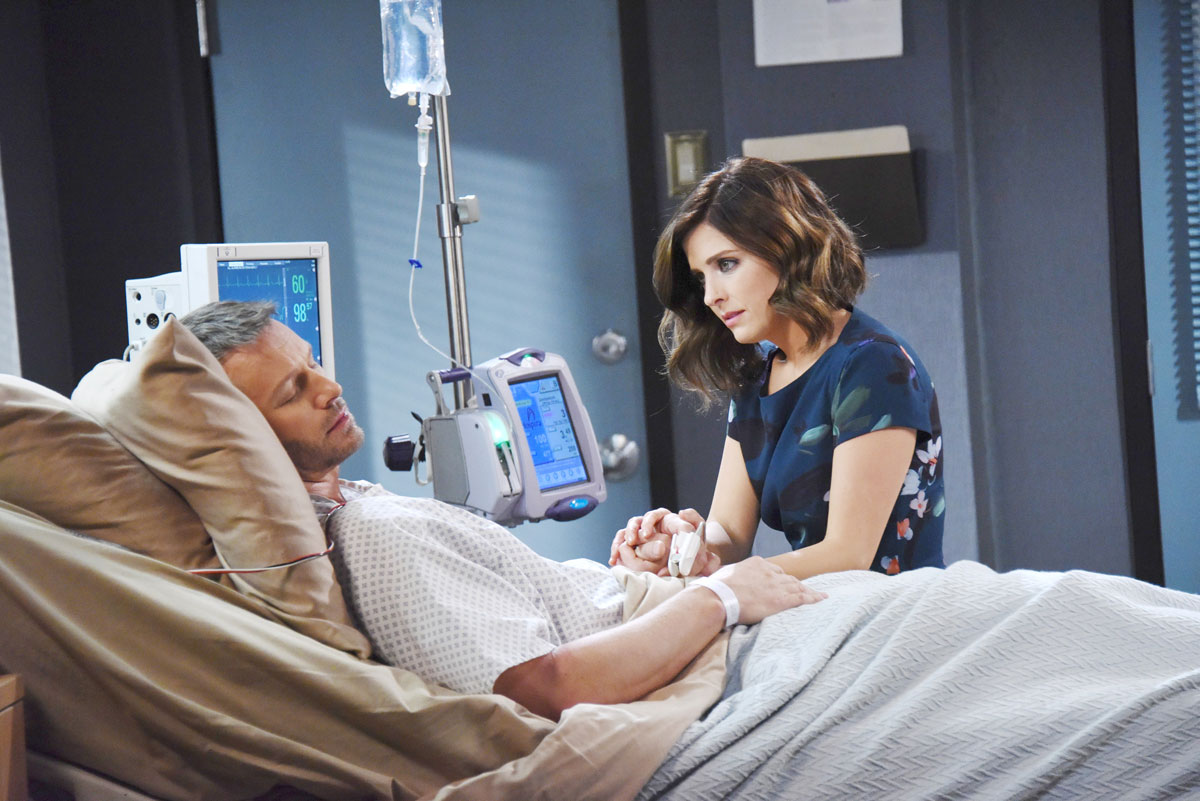 The Bold and The Beautiful gained the most total viewers for the week with +38,000.  General Hospital was the only other daytime drama to gain total viewers, up +2,000.

However, when looking at the ratings picture overall, it is Days of Our Lives who is almost at +300,000 more viewers versus the same time last year, and it looks to have the healthiest future.

Days, once again, is nipping at the heels of GH for the 3rd spot, (Days last week held the #3 spot in total viewers).  The NBC drama has already past GH for the number three spots in the key womens 18-49 and 18-34 demos.

Numbers are based on Live+Same Day ratings – via SON

THIS WEEK: Elizabeth Hendrickson To Make GH Debut As Margaux

GH deserves the trouncing it’s getting. The show has long ignored the fans pleading to give us less Sonny & Carly. And it has just gotten worse. They bring SB back and write the WORST story for his return. The triangle of boredom and passivity. And worse of all Peter/Henrick is on almost every day in a story that destroys the background of one of GH’s most beloved characters. And the actor is HORRIBLE

THANK YOU, LUCY D! I agree with you a 1,000%! Not only do a lot of viewers ask for less of Sonny and Carly; but, what do we get in response-Laura Wright’s out of work, live-in boyfriend, Wes Ramsey, on EVERY SINGLE DAY, in one of the most atrocious storylines ever retold! What makes it worse, is that the boyfriend can’t act! He thinks he is reciting Shakespeare-it’s dreadful. Also, Jason returns, and it is BORING-CENTRAL!

they really messed Jason’s return up. it should have lit the show on fire and instead it turned into the Peter show

I came back to GH after years away when Steve Burton returned but quickly stopped watching. I didn’t recognize most of the characters and they just didn’t grab my attention. I saw Tamara Braun and wanted her to be Carly again or at least interact with Maurice Benard but nothing. And I saw zero chemistry between Sam and Drew but tons with Sam and Jason. The story moved so slowly even if Sam and Jason finally got back together it wasn’t enough to hold my interest. Can’t believe Michelle Stafford left Y&R and the #1 soap for an also ran… Read more »

”’Numbers are based on Live+Same Day ratings”’ It could All be a game changer if ratings were actual numbers.. A great many do not and can not watch ‘Live’ or ‘Same Day’ Media is watched at will, these days, and I’d bet a great many watch their soap next day, weekend binge, after midnight, etc, I have never accepted the numbers as accurate viewers. Still- GH needs to clean house and bring in writers that understand what GH was and should be. GH is not even near what it was, its core, it’s heart and soul of old. This FLUFFY… Read more »

I wish i could put my finger on whats making GH viewers tune out, i still love the show but i even recognize that its lacking something. for me what the show needs to do is refocus and fine tune a few things and get rolling again . heres my list of what they need to do. 1. bring back genie francis and give her a big storyline like they did w/ SB from the get go…. 2. peter august got to go. i mean i love seeing finola hughes front and center but not in this storyline. 3. the… Read more »

#3. I love when Drew pointed out to Jason.. ie: about whom Sam will be with. as he points out to JAson about “being” the NOBLE ONE. ???? what the? where’s the fight… when this trio lacks SO MUCH PASSIONISTA. don’t bother. geez! perhaps it’s Sam mode to be subservient any way. as she ogles Jason EYES… get it … okey dokey. MOVING right along.. WOW was this a big HIT … wink wink.. 4th and last place. Hey Frankie goes to Hollywood. you placed a lot of hoopla .. all your “eggs’ in one basket… cut the NOBLE histrionics..… Read more »

#4. @GH. DUMP Roger Howarth… rehire Robin Christopher PRONTO. Rebecca Herbst as Liz Webber is all the SPARK Intrigue.. from the get go you NEED. YOU SAW this happen with Jake Dow. that’ Billy Miller. sumptuous… heated trigger. I feel like these posts are for naught. as I’ve posted.. are these writers even up to the challenge ? PEOPLE. under Frank Valentini regime: it’s been 3 years and no go. this cast has been so heralded.. so “desired” . LOOK outside the box… FIRE THE Corinthos’ . Plus Franco and Finn… FRESH…. simply means.. start writing for the cast

hi aria..
your list of what GH needs is not mine lol
-Genie/Laura- I do not like the character and I’m ok with her being gone.
-I really like Peter and am waiting for his next chapter.
– Elizabeth is Boring, a stale character.
– I agree with you on ” sam and her two horn dogs (drew and jason ) ” LOL they are so not entertaining.
I hope Drew never ever has to be put with Sam again, she destroys the Drew character by making him stale.

congrats to Days. it is the only soap putting on quality tv right now. GH needs to realize that the Peter,Franco and Nelle show ain’t working,the show needs change. Y&R is boring.

When they let Genie go they lost me and a lot of other viewers. Things have continued to go downhill since then . Very sad