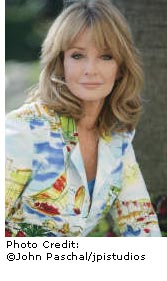 Deidre Hall released on her website, www.deidrehall.com a new December 08 video chat where she discusses her exit from “Days of our Lives”, and departing the hallways and her dressing room at NBC.   She also gives some clues or hints at future plans.   It’s nice to finally hear from Deidre in her own words on the development that rocked all of us covering the soap world and soap fans, just a few months back. To watch the video click here: http://deidrehall.com/video/video.cfm

"BEING ERICA"set to premiere on SOAPnet! 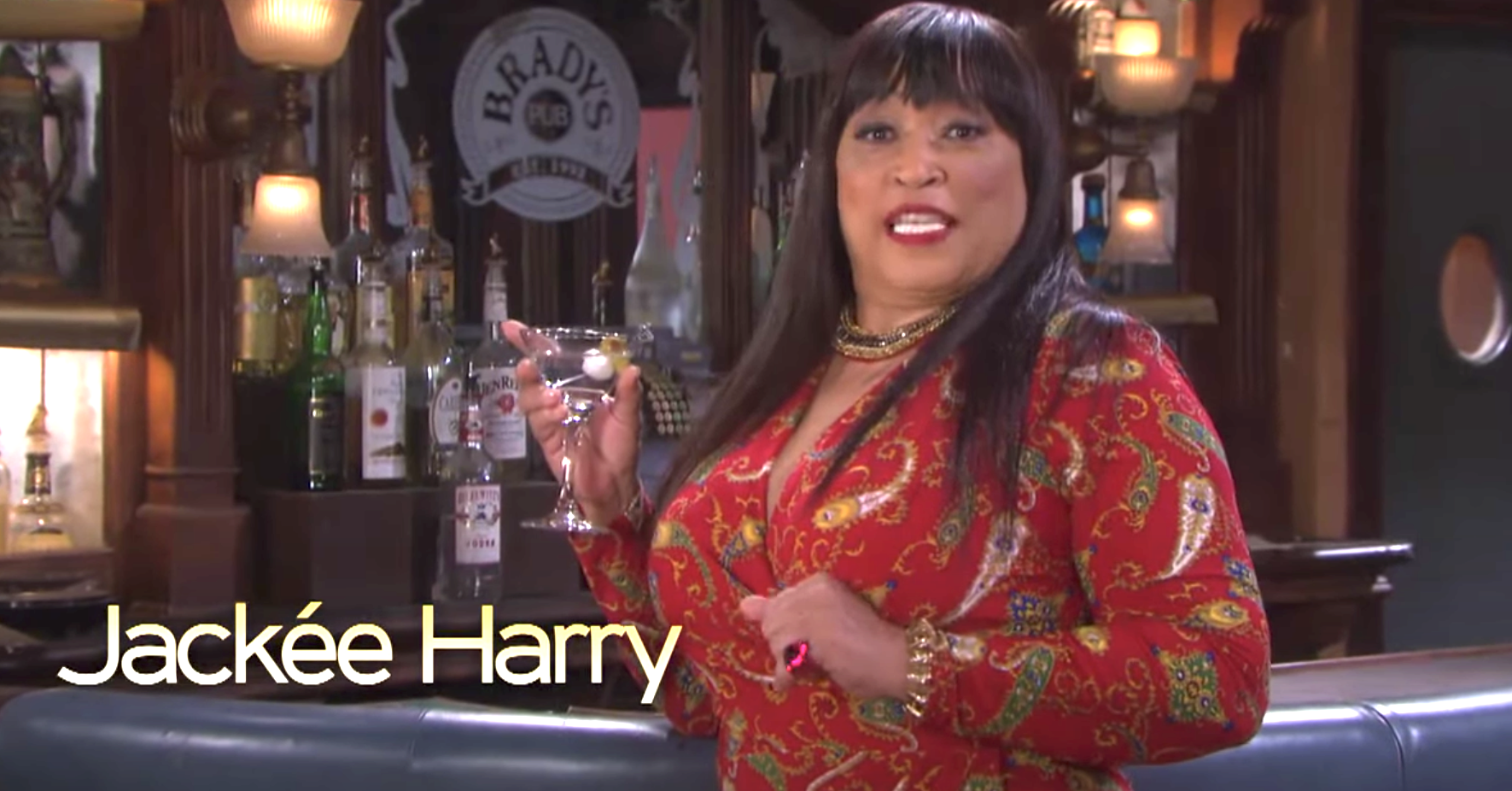 Next week on March 1st look for the arrival of Jackée Harry to NBC’s Days of our Lives.

Harry is coming to the long-running soap in the new role of Paulina, who is connected to the Carver family.

In the newly-released promo heralding her upcoming DAYS debut, the actress shares, “I’ve got three good reasons you should watch me on Days of our Lives … I’m bold … I’m fabulous .. and you know I’m going to stir up trouble.  Let’s do this!”

Harry is best known for her roles in the sitcoms 227, Sister, Sister and numerous roles on television and motion pictures.

What kind of trouble do you think Harry’s Paulina will stir up in Salem? Share your thoughts in the comment section. 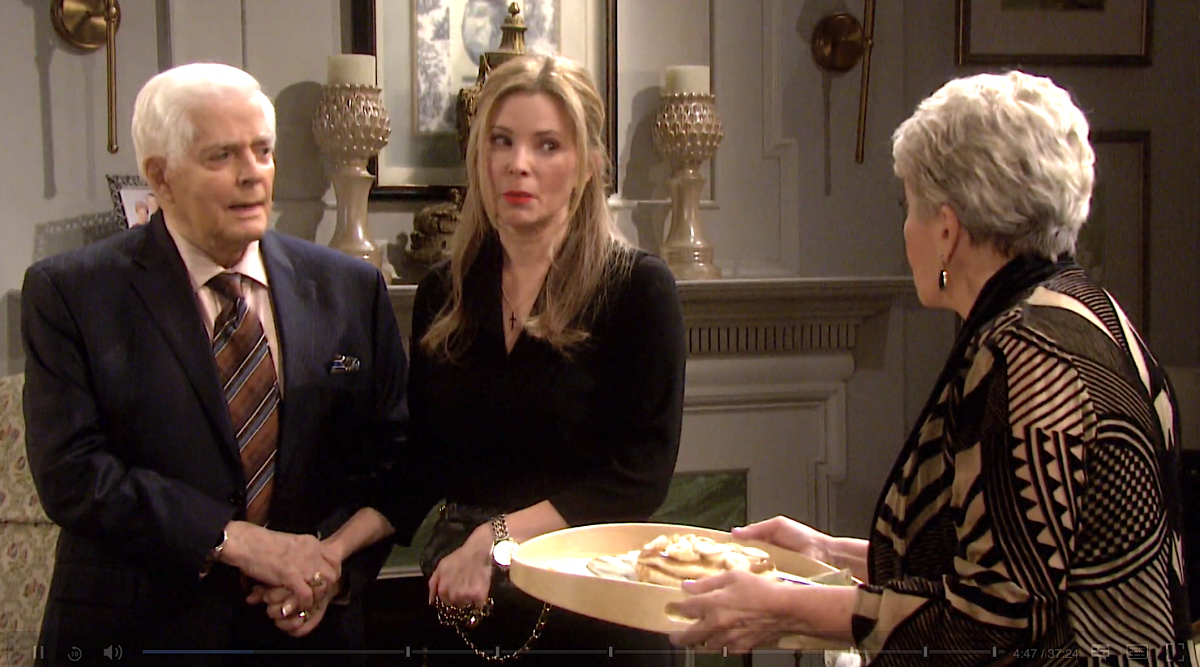 Wednesday’s episode featured another solid performance by two-time Daytime Emmy-winner, Cady McClain as Jennifer Horton Devereux as it was the day of her mother, Laura’s (Jaime Lyn Bauer) funeral.

Last week, longtime viewers were saddened that the character of Dr. Laura Horton was killed-off.  The question remains did she fall accidentally and hit her head in a struggle with Gwen (Emily O’Brien), or did Gwen intentionally kill Laura?

Yesterday was also the final episode of McClain in the role of Jennifer – as far as know for now.   In story, following Laura’s funeral, Jennifer was heading to Boston to be with her brother Mike, to settle their mother’s estate and go through her belongings, etc.

Cady had taken over the role of Jennifer from Melissa Reeves, who chose to stay in Nashville during the Covid-19 pandemic.  As part of her departure, head writer, Ron Carlivati and the writing team, delivered a little wink-wink nudge-nudge to soap viewers and those of McClain’s time as Dixie Cooney Martin on All My Children.

In one of the most controversial soap death scenes of all-time, and one that was not kind to McClain, Dixie was killed-off the ABC daytime drama series after eating poison peanut butter pancakes. Fast-forward to 2021, and in an attempt to make DAYS Jennifer feel better, Julie (Susan Seaforth Hayes) whips up some banana pancakes with extra peanut butter!  When Jennifer declines them, Julie says she thought she liked them, to which Jennifer replied, “I used to.  But I had a bad experience with them once.  Now I can’t even look at them.”  Julie questions, “Bad experience?”  Then Jennifer says, “I’d rather not talk about it.”

In our books, McClain got the last laugh here getting to do a nod to the audience, who has followed her soap career for decades including the the 2007 killing of Dixie … by pancakes.

So, what did you think of the mention of the ‘pancakes”? Will you miss Cady as Jennifer? Comment below. 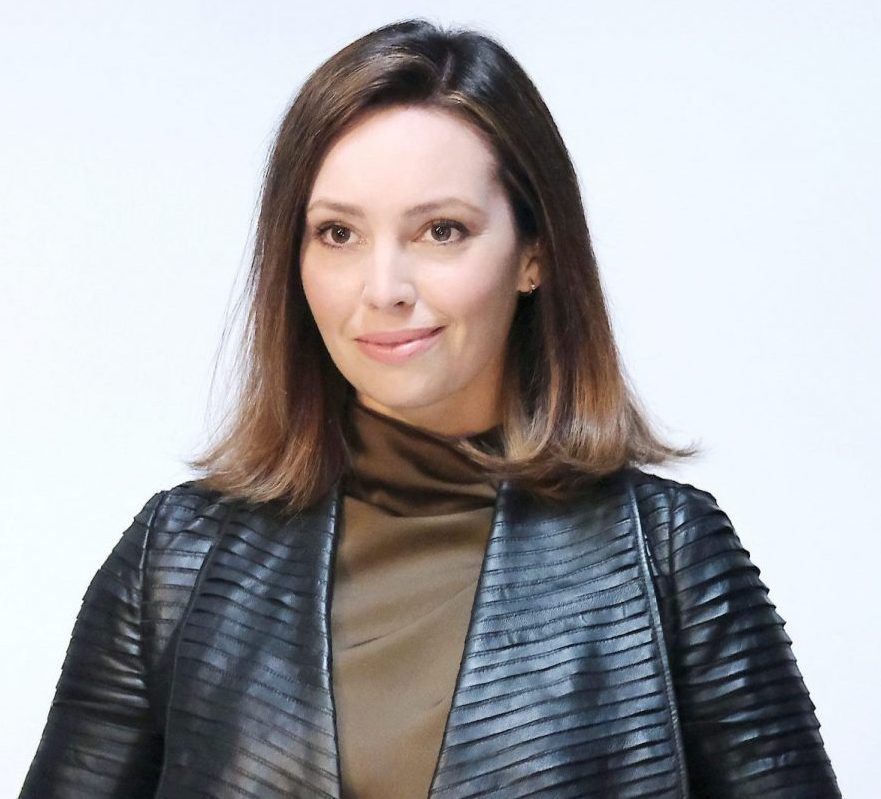 She has been a polarizing character since her arrival in Salem, with some fans screaming Gwen is sucking up too much airtime.  HOWEVER, the performances by Emily O’Brien (Gwen) show an actress on top of her craft who can play, as Gwen called herself, “A miserable, vindictive bitch”, or a young woman so deeply-emotionally wounded that you might just come around and eventually feel some empathy for her.

Last week, while the soaps were pre-empted for most of the week due to the senate impeachment trial of former President Donald Trump, DAYS posted all of its weekly episodes online on NBC.com, the NBC app, or on the Peacock streaming platform, and O’Brien’s work was a standout. 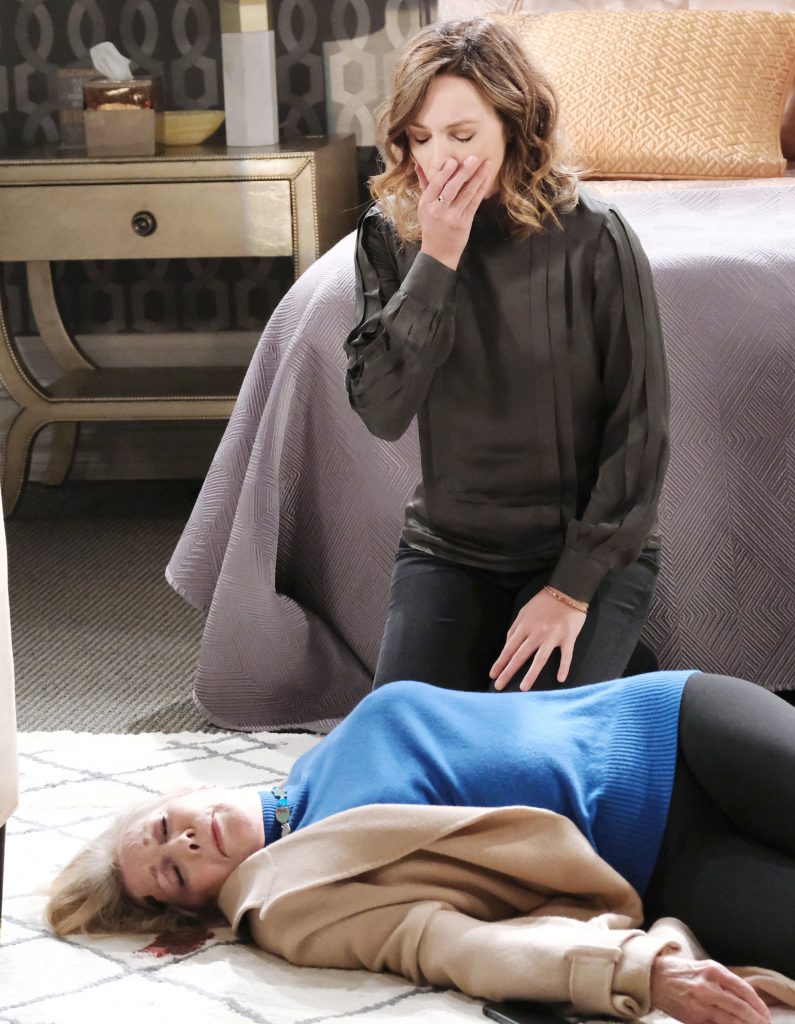 It all came to a boiling point when Laura (Jaime Lyn Bauer) and Gwen have the long-awaited confrontation in Gwen’s room at the Salem Inn, where O’Brien goes from Gwen baiting Laura to tell her dirty secret of her long-ago affair with Jack (Matthew Ashford), to her utter anger at how because of it, Laura trashed Gwen’s entire life.

Laura reveals the guilt she felt for sleeping with Jack, so much so, that she would do anything to save Jennifer (Cady McClain) and Jack’s marriage.  In delight at getting to the root of the truth, Gwen responds: “You slept with Jack? That is just perfect! My father slept with his mother-in-law!”

Then, Laura shares how it happened.  They were both at the “Meadows” finding their ‘truest selves’ and they were both using other names – she, Monica and he, Clark, and Laura had never seen a photo of Jack before to know it was him!  Gwen wants to burst out in hysterical laughter, but then she becomes filled with rage knowing that if Laura hadn’t bought off her birth mother, Tiffany, her own life would have been very different.  She goes on to say that she and Abigail (Marci Miller) might even be close as sisters, but instead of “borrowing her clothes, she borrowed her husband” alluding to sleeping with Chad (Billy Flynn).  Next, Gwen wants to make Laura pay and lets Laura know that, “All the damage that you did, can’t be undone.” When Laura tries to leave, Gwen stops her and says in no uncertain terms, “I want revenge, because you ruined my life and you’re not going to get away with it!” 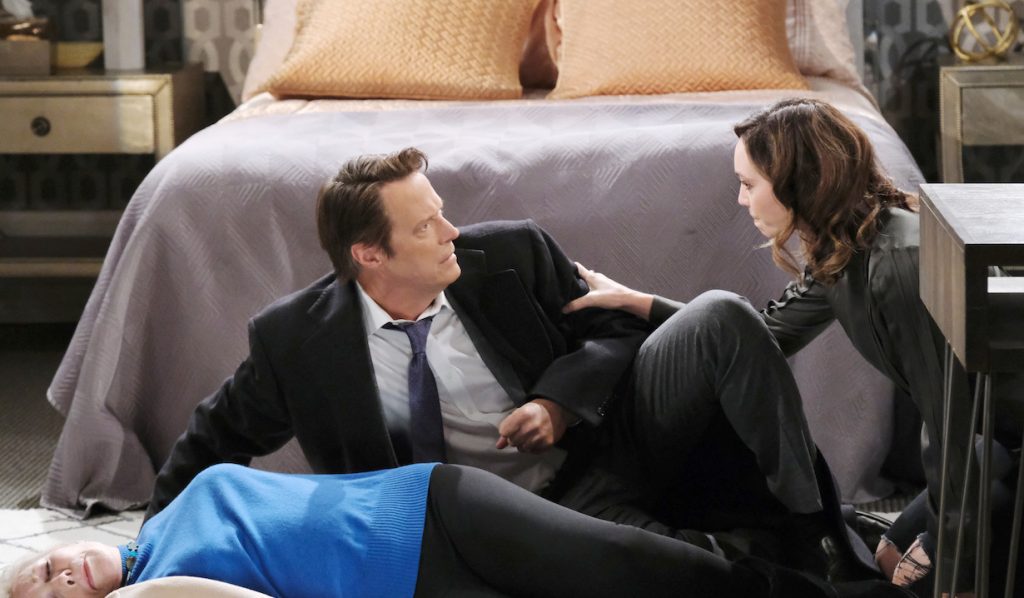 Next, we see that there had been a struggle with Laura dead on the floor bleeding out of her head.  A freaked-out Gwen does not know what to do.  She realizes she will be accused of murder.  With no one in town to call, she decides to call her father, Jack.  When he shows up at the Salem Inn, Jack is shocked, and grief-stricken to see his mother-in-law, dead.  Gwen swears to Jack this was an accident and that she did not kill Laura, and that he has to believe her.  Jack decides he will stand by his daughter.  Gwen wants to get rid of the body, Jack says he can’t be involved in a cover-up, so he calls Rafe (Galen Gering).  When Rafe arrives at the crime scene he is very suspicious of Gwen, and takes her down to the station.

Scene after scene, O’Brien layered her performances with venomous and ominous undertones, illustrating a woman with so much emotional baggage who becomes desperate to save herself.  For all these reasons, Michael Fairman TV names Emily’s work, The Power Performance of the Week.

What did you think of Emily O’Brien’s key scenes? Share your thoughts via the comment section below.