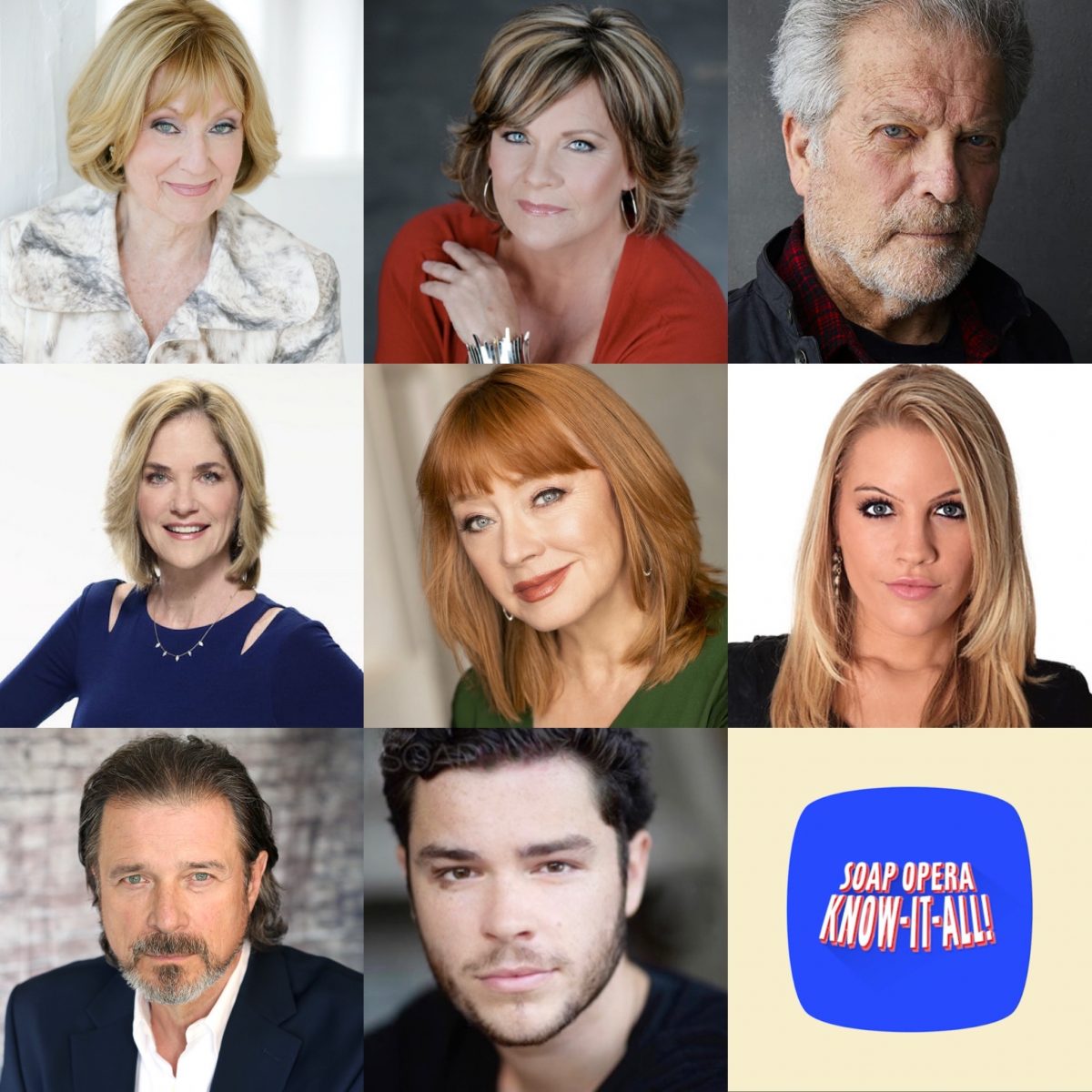 In the latest episode of the virtual game show, Soap Opera Know-It-All, four soap fans battle it out over their knowledge of deep trivia of daytime and primetime soaps, exclusively on the Michael Fairman Channel.

For the fourth edition, host Michael Fairman welcomed longtime soap fans: Alvin Scott, Ashley Morgan, Erez Wollberg, and returning champion, David Bursky. What made this episode extra special was that Ashley was the first blind competitor in the series, while Erez was the first international contestant who was playing direct from Israel.

During round one of the game play, the stars from ABC’s beloved One Life to Live participated by trying to stump the contestants including: Kassie DePaiva (Blair), James DePaiva (Max), Andrea Evans (Tina), Kristen Alderson (Starr) and Eddie Alderson (Matthew).  Later in round two, legacy stars of NBC’s, and now Retro TV’s The Doctors tossed questions to the players including: Kim Zimmer (Nola Dancy Aldrich), Elizabeth Hubbard (Althea Davis), and James Storm (Mike Powers).

Alvin, Ashley, Erez, and David’s knowledge of the following soaps were put to the test during the episode: General Hospital, Loving, Falcon Crest, One Life to Live, Santa Barbara, The Bold and the Beautiful, All My Children, Days of our Lives, Dynasty, The Doctors and The Young and the Restless.

As the series moves through the back-half of the season, the winning contestant must defeat the competition for the right to move on to the next episode to face three more challengers all in pursuit of the “Know-It-All” title with special soap-related prizes along the way.

Play along with us, and let us know in the comment section below, how many answers you had correct, and if you enjoyed the show!

Thank you Michael for including the wonderful cast members from our beloved One Live to Live on this episode. Not a day goes by that I don’t miss seeing them and everyone else on One Life to Live. What a fun game you have. I love it. Thank you again.

A Game show about soap trivia. Not sure if this has ever been done before…but this is great. Thx much!