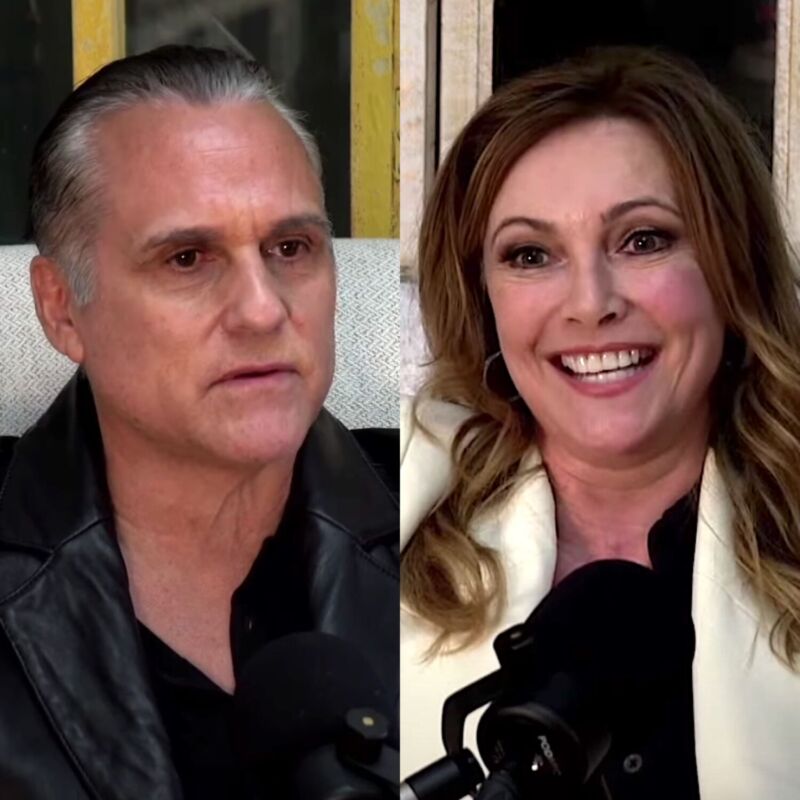 In the latest episode of Maurice Benard’s State of Mind You Tube series, the General Hospital star welcomes as his special guest, Emma Samms (Holly, GH).

During the conversation, Emma who has been battling Long Covid for over two years (and recently returned to the ABC daytime drama series for a month to tape new episodes) opened up about: her health struggles, her career from GH to Dynasty, and her work with children including the Starlight Foundation, and more.

When explaining to Benard how she realized something was very amiss after contracting Covid-19, Samms shared, “I went down and did some gardening and then felt very unwell again, and have not got well since. I have still got breathing issues. I feel like there is an elephant sitting on my chest – almost all the time. It’s a horrible feeling not being able to catch my breath.”

Emma went to explain, “Nobody knew there was such a thing as Long Covid. I still have no taste or smell and it’s been two and a half years now. I have massive fatigue to the point where I can barely move. If I make a huge effort to do something, there will be a consequence to that.”

However, the most upsetting part for Emma was originally not being believed by the doctors: “The worst part of it all for me was when I started going to doctors and asking, ‘Why can’t I still be breath properly?’ They approached it with (and they were doctors who didn’t know me, and looked at me as a woman of a certain age as they would say), ‘So, how are things at home?’ I knew what that meant, which is, ‘It’s all in your head’. This is anxiety, this is somatization – which are the physical symptoms produced by an emotional source.  I was furious. Really outraged, because first of all, I knew more about it at this point than them.”

After doing research on what was happening to her, Emma said, “A post viral syndrome is not an unusual thing … so every doctor out there should have thought there is a possibility that this could cause ongoing post viral syndrome … I have to fight to be believed, and that’s the worst part.”  Samms shared that her current storyline on GH is the first time she has worked in over two years.

Later in the interview, the conversation turned to the history of Holly and her being part of the ‘hey day’ of GH. Emma shared how she ultimately landed the part of Holly: “I came in post-Luke and Laura. They had been trying to find another love interest for Tony Geary to work with.  So they tried Demi Moore … that didn’t work, Janine Turner … that didn’t work, and the viewers were just not ready, they were not having it.  They were not going to accept him with anyone else other than Genie (Francis). Then, I was the third attempt to find a love interest for Luke.  I didn’t know any of that, cause I had not watched the show.”

Samms went on to praise Tony Geary: “I eventually did a screen-test with Tony, who was so nice to me, so good to me and spectacularly patient, generous and basically taught me how to act, but certainly, taught me how to listen when acting, which is more than 50% of it.”

Check out the full State of Mind with Maurice and Emma below.

Then let us know your thoughts on Emma’s journey in her career, on GH, and her inner strength and resolve, as she continues to deal with Long Covid, via the comment section.

Y&R’s Melissa Claire Egan On Chelsea’s Battle with Depression: “This Storyline Has Been, and Continues to Be, One of the Most Humbling and Important Experiences of My Life” 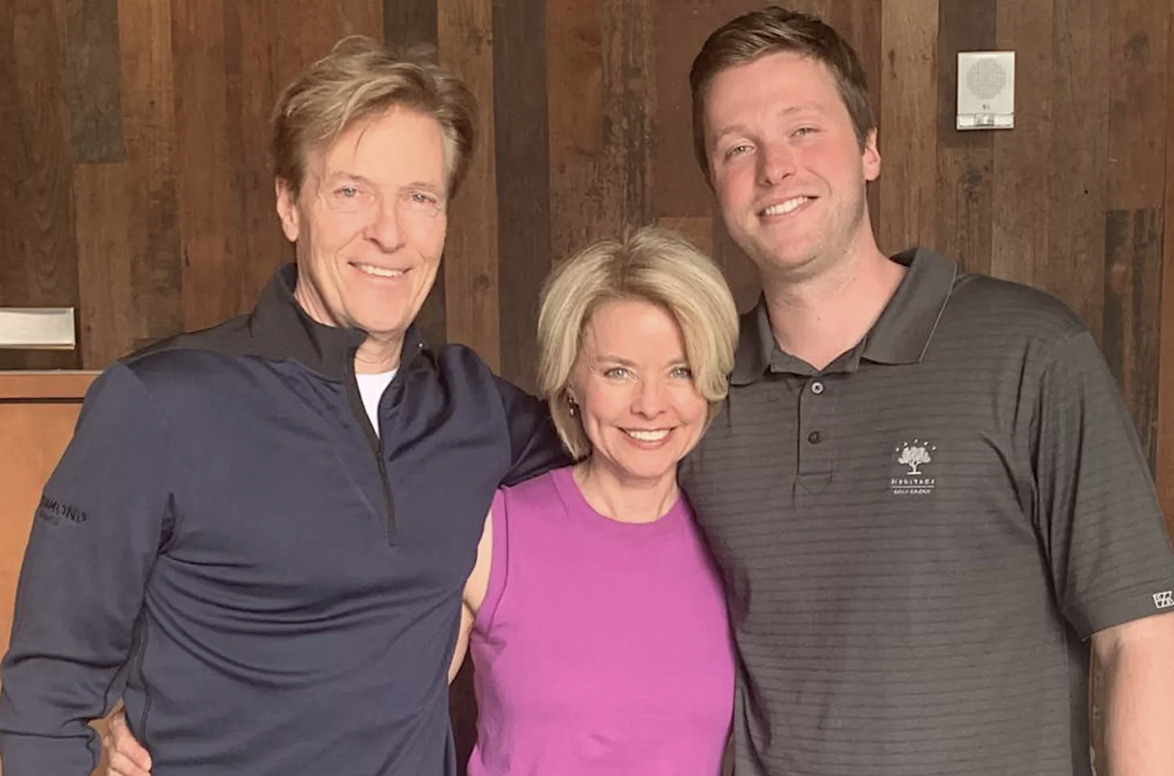 General Hospital’s Kristina Wagner (Felicia) and former GH and B&B star Jack Wagner (ex-Frisco, ex-Nick) have been mourning the loss of their beloved son, Harrison Wagner, since he passed away this past June at the age of 27.

Harrison was found in a parking lot and his cause of death was initially deferred.  Now, according to a report from PEOPLE.com, the Los Angeles County Medical Examiner-Coroner officials have updated Harrison’s death as an “accident,” with Fentanyl and Alprazolam (the generic name for Xanax) as the official cause. 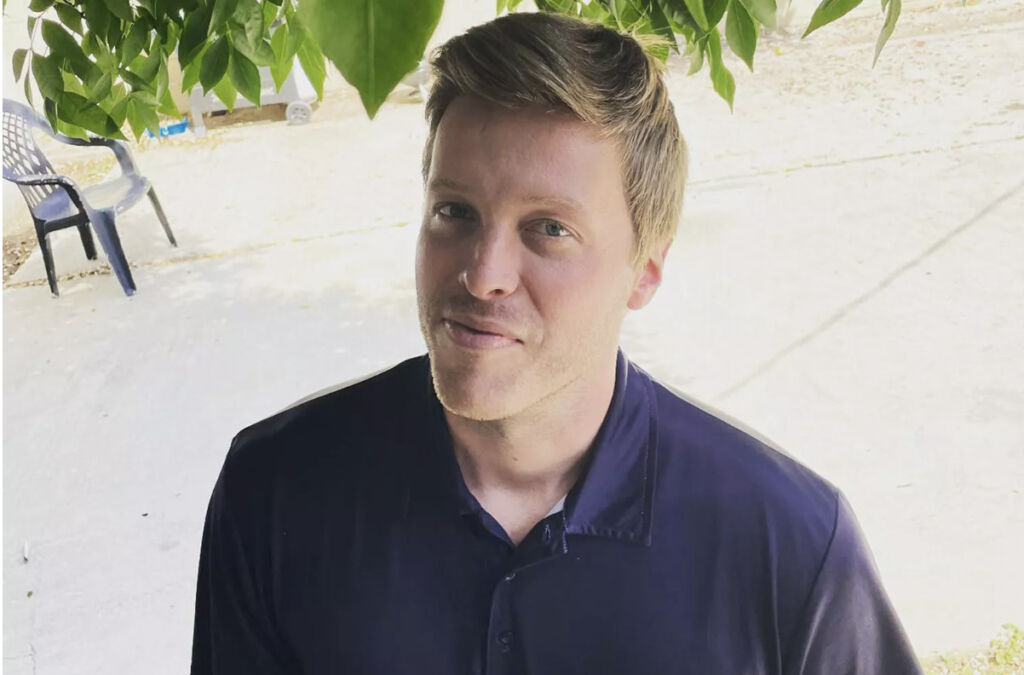 Following his passing, Kristina and Jack created the Harrison Wagner Scholarship Fund to assist other young men who battle addiction to be able to afford getting into a recovery community.

Just a few days ago on December 1st, Kristina remembered her son on what would have been his 28th birthday with a touching Instagram post. It included a video clip of Harrison dancing along with the words: “Sometimes I feel like a pinned butterfly. There’s no second chance. There’s no see-him-again. There’s no nothing. He’s not coming back. It’s final. But life goes on. How do I spend the rest of my own without Harrison in it? What does it mean to be ‘all right’ after the death of your child, your blood? The pain will never go away. Today is Harrison’s birthdate. I had the privilege to know him for 27 incredible years. Harrison was larger than life, but beneath his commanding presence was vulnerability and compassion. He understood his own defects and worked hard to turn them around, to strengthen his positive attributes. He was a good listener and stood up for others when they couldn’t speak for themselves. He is missed. Happy Birthday, Harrison. To all bereaved parents: May you find peace. Let’s stick around and see what’s in store for our extraordinary lives.” 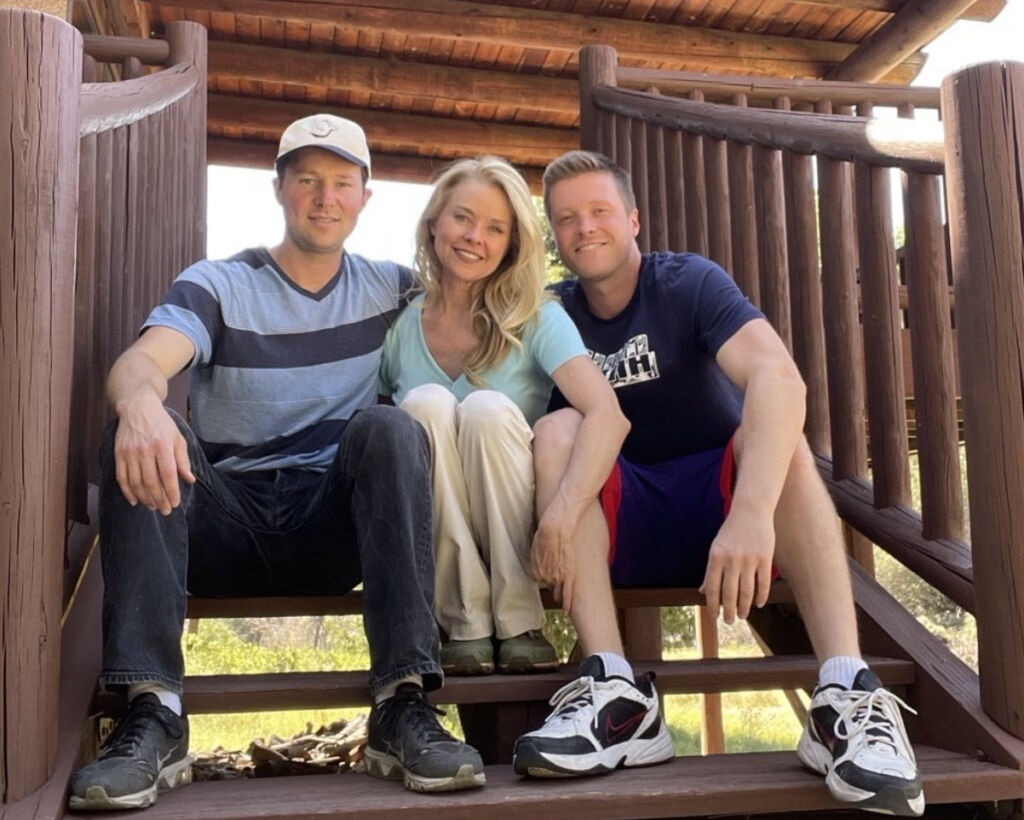 Jack and Kristina have two sons together, the late Harrison, and their eldest son, Peter (age 31).  The actors were previously married from 1993 to 2006.

We continue to offer our condolences to Jack, Kristina, and Peter through this difficult time, and hope that from Harrison’s passing, that the scholarship fund in his name, will help others.

Share your thoughts on the closing of the case on Harrison Wagner’s death, and send your continued condolences to Jack and Kristina via the comment section below.

The Harrison Wagner Scholarship Fund notes that if you have a loved one that is in need of help with their substance abuse, please give them call at 888-977-4549 to learn more about the recovery options available. 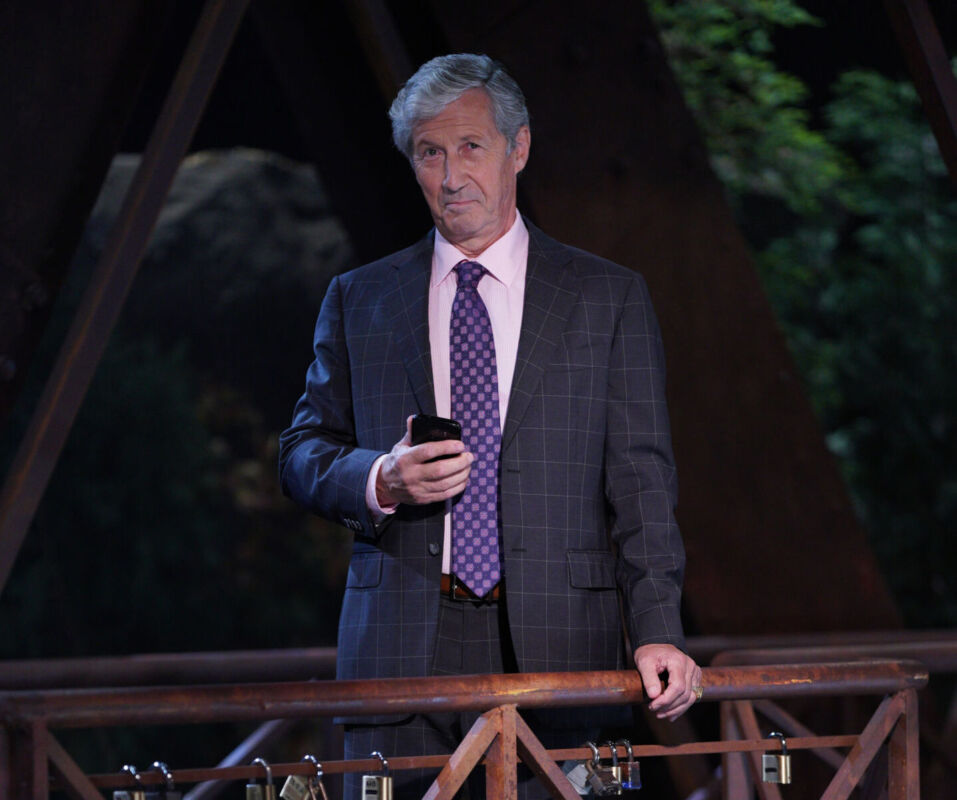 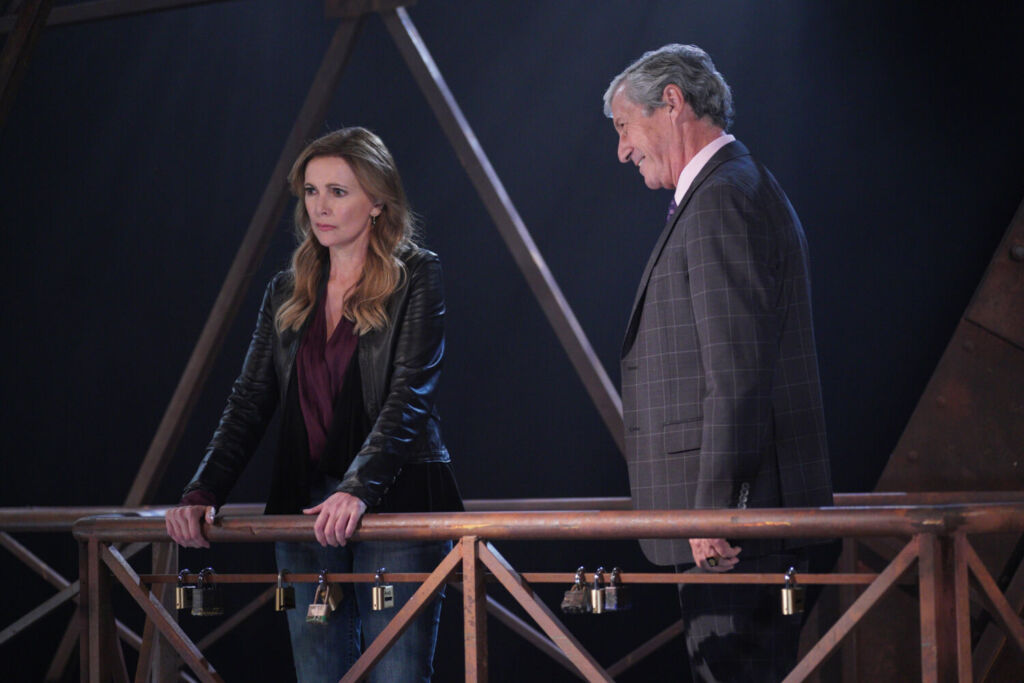 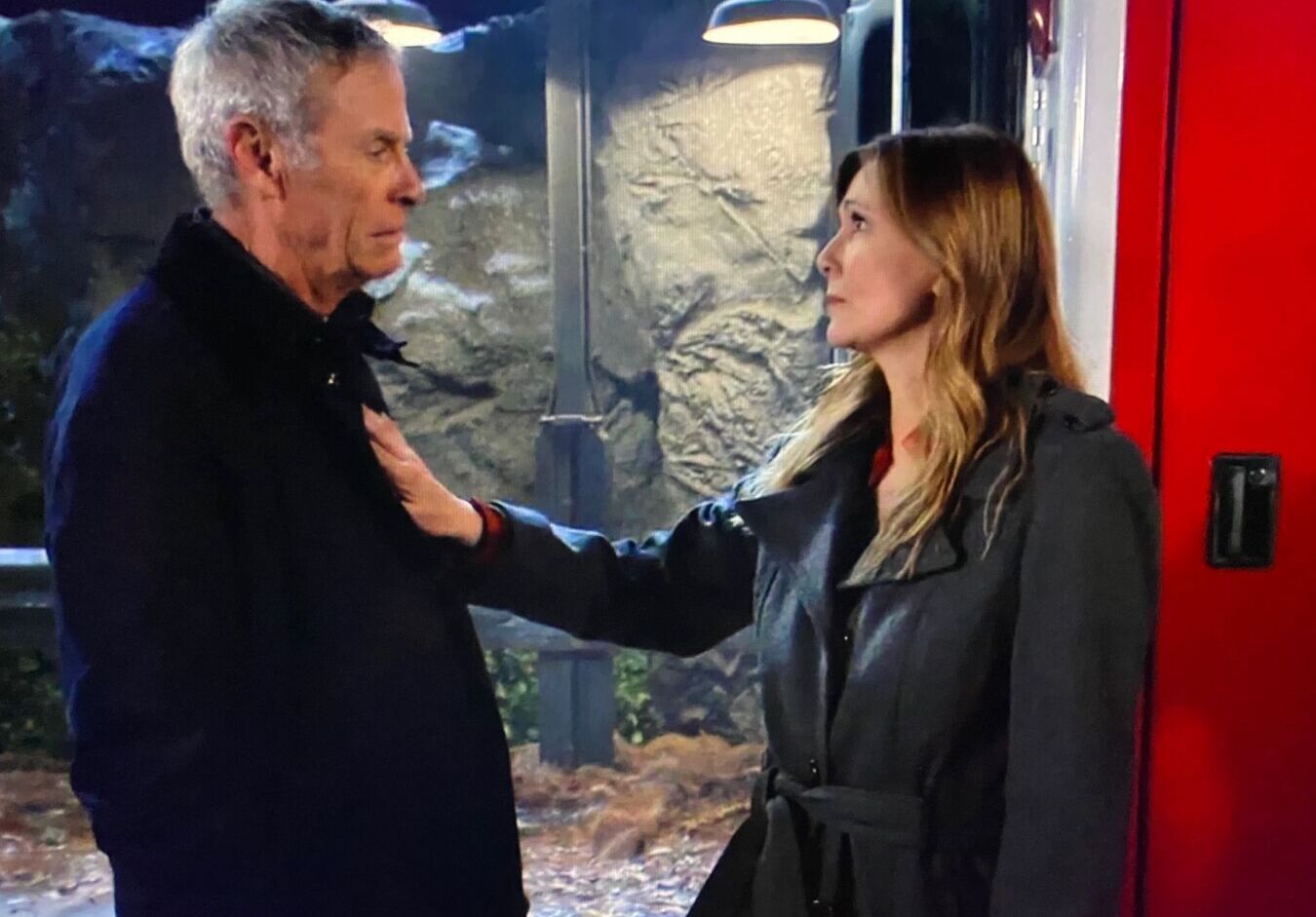 Wednesday’s General Hospital began where the previous episode left off, with an on-fire, Holly Sutton (Emma Samms), literally! As the action picks up, Robert (Tristan Rogers) covers Holly with blankets to try and douse the flames.  The paramedics announce Holly has suffered second-degree burns over 75% of her body.

When the ambulance takes off, Robert goes with it. Meanwhile, Jordan (Tanisha Harper) and Mac (John J. York) are looking for evidence from the cabin fire … and wonder where the necklace has gone? 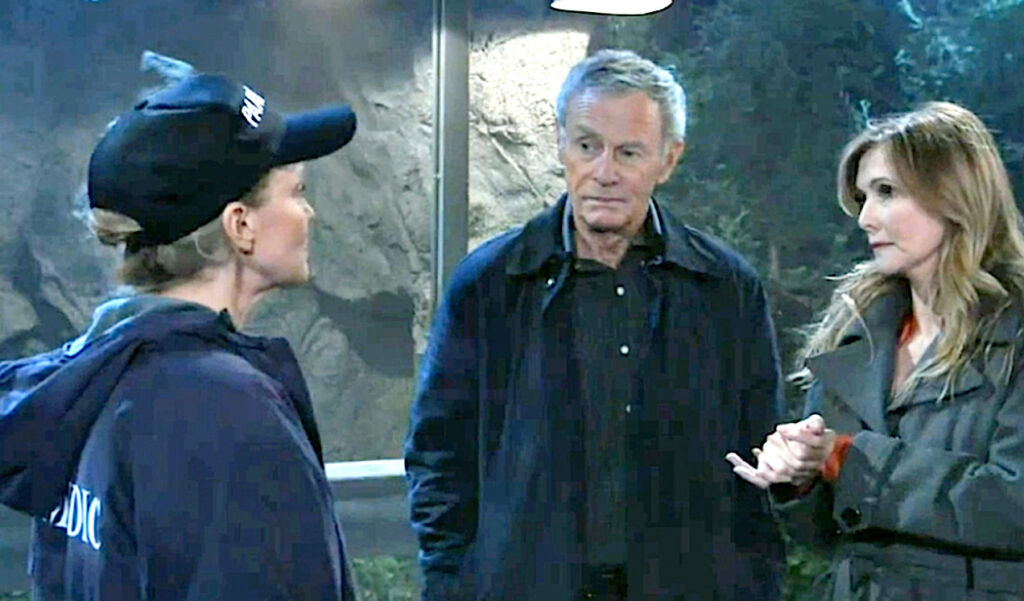 Later, the ambulance pulls over to the side of the road, and one of the drivers is none other than paramedic Felicia Scorpio (Kristina Wagner)! Felicia reveals herself as does Holly, who is perfectly fine, and Robert, who was in on the entire ruse to get Holly safely out of the country and away from Victor Cassadine (Charles Shaughnessy).

Viewers learn in flashbacks how this trio worked together to pull this off: Felicia showed up at the cabin with fire retardant clothes for Holly to wear and revealed how she planned to set the stove to start the fire.  We then learn that Holly and Robert staged Robert’s drugging and mugging, in order for Holly to steal the necklace and leave it inside the cabin for the PCPD to find.  It was Holly’s plan to ensure that Victor would have no further use for her.

Next, Robert gives Holly the keys to a car that can’t be traced; as she is to drive to Canada with a new ID and completely disappear.  Felicia adds that records will show that Holly was taken to a burn facility halfway around the world, freeing her to find out just where Victor is holding her beloved son, Ethan. 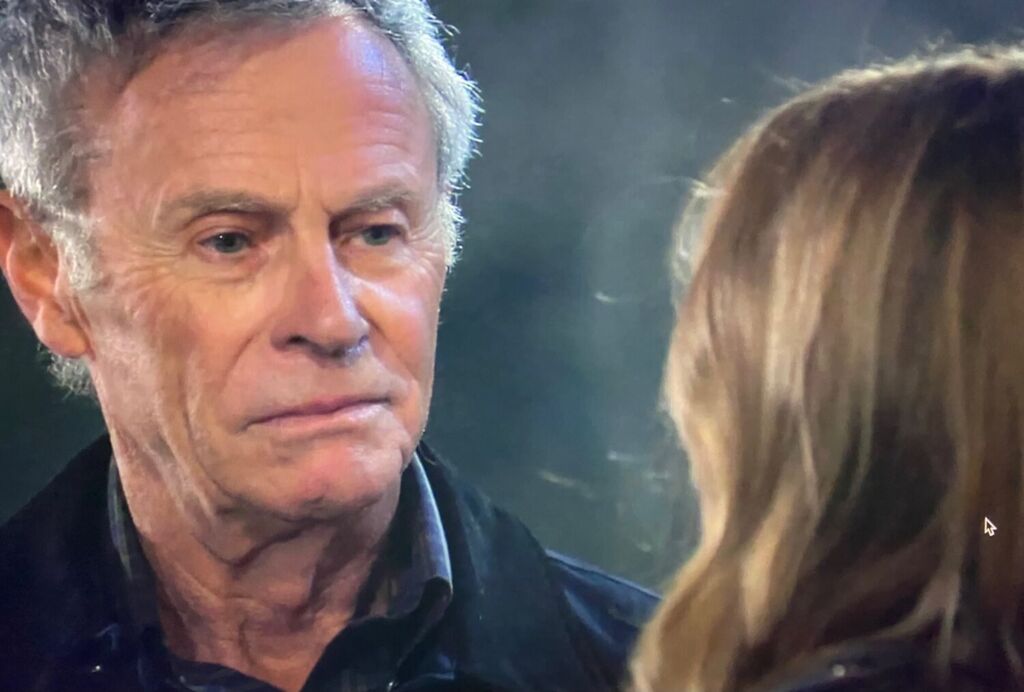 Holly has a surprise in store for Victor on her departure! In a flashback, Holly meets up with Selina Wu (Lydia Look) on the pier and gifts her with one of the jewels from the necklace in exchange for poisoning Victor for her. Holly tells Selina she won’t find her son alive and well if Victor is dead, and assures Selina the poison will not kill Victor, but will be payback.

As the episode comes to a conclusion, and if you are a longtime fan of GH, you probably reached for the hankies in touching and beautifully-played moments between Tristan Rogers and Emma Samms. 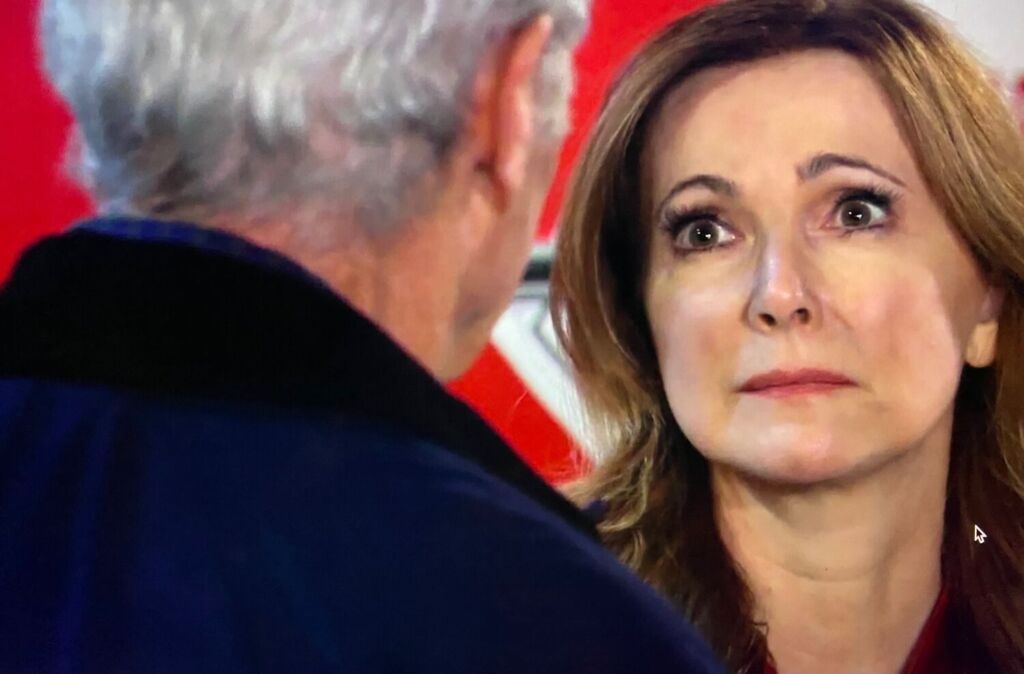 In the story, Holly apologizes to Robert for all the trouble she has caused, but the two share a passionate kiss before they say their final goodbyes. BUT .. you didn’t think Holly would try to get away without one last scheme? She had the necklace in her pocket the whole time, begging the question … was she  going to take it with her? However, Robert knew Holly had the necklace and asks her to hand it over to him, which she does.

For her final moments, Holly walks off into the fog, which could only signify that this guest star turn for Emma Samms has come to its conclusion.