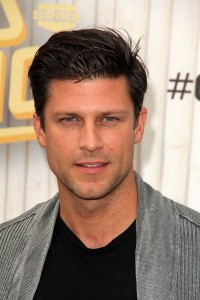 Those who will miss Greg Vaughan when he wraps up his run as Eric Brady on-screen on Days of our Lives sometime this April, will now know where to find the popular fan favorite next.  Vaughan has been cast in Oprah Winfrey and Selma director, Ava DuVerney’s new TV series for OWN entitled Queen Sugar!

In Queen Sugar, the series follows the life of two sisters, Nova Bordelon, the formidable journalist and activist from New Orleans, and Charley Bordelon a modern woman, who, with her teenage daughter Micah, leaves her upscale apartment in Los Angeles and moves to the heart of Louisiana to claim an inheritance from her recently departed father – an 800-acre sugarcane farm.   The series is based on the book Queen Sugar by Natalie Baszile.

Vaughan will portray Calvin, a cop and longtime lover of Nova (Rutina Wesley), who shares a deep connection with her despite being married.

Dondre Whitfield, Dawn-Lyen Gardner and Omar Dorsey are just some of the other actors attached to the project.

So, what do you think of Greg landing his first role post-DAYS with Oprah and Ava on their new series?  Share your thoughts below!

Susan Lucci Recounts Thoughts On Ending Of All My Children: "We Were All Blindsided!"

As with all his work, the public can anticipate an outstanding job by Mr. Vaughan. Gee Boggs, Sonoma, CA

congrats to greg!!! he will be sorely missed on days last weeks interaction with a drunk eric and drugged up jen was the highlight of last week!, of course the powers that be left the audience hanging for more of rafe/ hope, crying nicole and something about belle and phillip greg vaughan and melissa reeves chemistry was so passionate and sordid that it left me wanting way more….too bad it looks like not much more will come of this potential explosive affair! gregs such a keeper and obviously wouldnt last long unemployed, days loss is oprahs gain! unfortunatly days may… Read more »

Congrats to him. I hope he continues to book work because he’s such a fine actor.

Yes, congrats to Greg–was hoping he would return as Lucky on GH.

DAYS has erred on plenty

Well, another case of a talented actor taking that next step. I would bitch about DAYS releasing him or GH not signing him BUT this is Good for Greg and its a nice step up. Good luck sir! One other compliment for Greg. You know there will never be another Lucky Spenser like there will never be another Billy Abbott BUT Greg did quite well as Lucky and Jason Thompson seems to be capable of filling Billy Miller’s shoes.

Congratulations to Greg. He’s a terrific actor and I always enjoy his work. I’m surprised his scenes will continue on Days until April. Not that I’m complaining. I don’t want him to go. I’m just shocked they are dragging out his departure. The very best of luck to Greg in his future.

Greg is a wonderful actor, and very sexy and masculine. Yummy Yummy eye candy LOL. I need to take a cold shower now, before my boyfriend comes home.

Yes he is jaybird, Hot and Yummy LOL.

I’ve never thought of him as a good actor until the drunk scenes with Jennifer Horton the other day. I was dumbfounded and wondered why he played luck Spencer with such stiff dopey Ness when he can obviously play darkwr

I can NOT fathom why soap after soap has failed to recognize this man’s talent. I always believed him and Nicole were endgame. They had off the charts chemistry. But he played surly and depressed as Eric very well too LOL.

This is always good news to see an actor on soaps find work outside the genre. Goes to show they can do other things besides soaps as others have said in the past which really irritates me.

Lots of good luck, Greg! Sounds like a great role! Loved you on Days! Sorry you are leaving. We will miss you, but I wish you the best! Hope Eric can come back and visit!