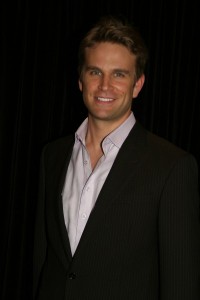 Remember when Jared Banks was killed by Mitch Laurence on One Life to Liveleaving poor Natalie  (Melissa Archer) husband-less once again?  We do!  And for those who enjoyed the performances of John Brotherton (Ex-Jared), now you can see him on the big screen!

According to Deadline.com today, Brotherton has nabbed the primo role of Kurt Russell’s sidekick in the upcoming feature film, Fast & Furious 7 in the next chapter of that movie franchise whose 6th installment was the best worldwide opening in Universal’s history this past summer.

Former OLTL head writer during Brotherton’s time on the ABC soap, Ron Carlivati tweeted to the actor ,”Congrats, John! That’s awesome!”  To which John tweeted back, “Thanks Ron!! Hope you and the team at GH are doing well! Hugs and hellos to all.”

Were you a fan of Jared and Natalie on One Life to Live? Are you happy to hear the new of John landing a major motion picture role in a big blockbuster movie franchise?   Let us know!

Michelle Stafford Reveals All My Children's Thorsten Kaye To Be Next Guest Star In The Stafford Project!

General Hospital's Ava and Morgan Have Sex! Carly, Kiki and Michael Stumble Upon Them!

Well I guess you were too busy putting together your rant to hit up the Wikipedia page and see that other new cast additions include Tony Jaa, Ronda Rousey, Nathalie Emmanuel, Dijmon Hounsou, and Ali Fazil, all actors of color. So I’m not seeing the white wash.

Back on the ACTUAL TOPIC, Brotherton was great on “One Life to Live”. Hated that he got killed so Natalie and John could get put back together. This will be great exposure, good for him!

Not everyone. Loved that so John and Natalie could get together.
Even more so because he killed Nash indirectly but still killed him.

Jan, where did I say everyone? I know John/Natalie have a lot of fans, but I always preferred her with Jared (or Cristian).