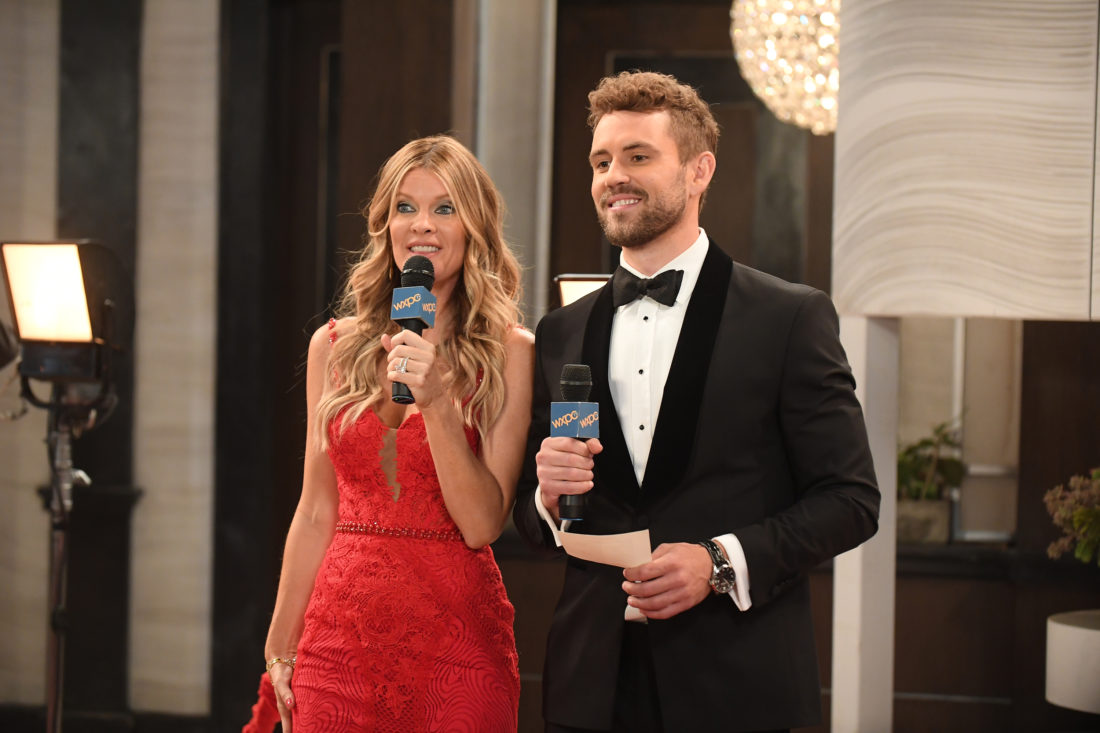 The GH Nurses Ball 2018 episodes kicked-off on Wednesday. May 16 with the airing of part one. The special event airs through Monday, May 21 and the action and the performances are just about to start.

Walking the red carpet were some of Port Charles’ most notable residents including: Elizabeth and Franco, Maxie, Sonny, Sam, Alexis, Curtis and Jordan, Ava and Griffin, and many more.

Nina Reeves Cassadine was back as the co-host of the red carpet arrivals, with her new other co-anchor, none other than The Bachelor’s Nick Viall.

While guests were arriving, several of the performers were getting ready to take the stage including host with the most, Lucy Coe. Robin Scorpio Drake arrived back in Port Charles, who has always been the center point of why the ball started in the first place, as the annual event is always dedicated to HIV/AIDS awareness and research.

However, danger looms as Anna is closing in on finding her son, Henrik, as well Jason wants to nab the guy. Will they finally learn that Henrik is really Peter August?

Stay tuned for more as the story unfolds. For now, peruse through some images from the first installment below. Then, let us know, who looked the most glam, and what you think of the ball thus far via the comment section below.

Nina with The Bachelor's Nick Viall host the Nurses Ball Red Carpet
But, Franco interrupts wanting to do his own intro of Elizabeth
Then, Liz and Franco hit the red carpet for their photos!
Curtis and Jordan make a sexy duo, but did Nina tip a surprise?
Alexis Davis rehearses her speech for the ball with Finn in tow
Spinelli tries to save Maxie from the red carpet clutches of Peter
Will Peter finally be outed as Faison's son, Henrik?
Lucy's newest friend and assistant for the GH Nurses' Ball!
The mother/daughter duo of Sam and Alexis strike a pose
The Bachelor's Nick Viall keeps the red carpet arrivals on a roll
Mike is excited to attend the ball with Stella and his son, Sonny
Will Ava and Griffin be performing at the ball?
It wouldn't be the Nurses' Ball without a return from Robin
Chase shows that he has more talents than anyone knew performing,"Feel It Still"!
Epiphany & the GH Nurses' open the ball with "Everyday People".
During his magic act, Curtis stuns Jordan with a proposal!
Little Miss Emma Drake is back in Port Charles in time for the ball.
The Nurses' Ball would not be the same without the emcee, the fabulous Lucy Coe!

GH Nurses’ Ball 2018 Part Two: A Surprising Performance, A Proposal, and A Confession!

GH Poll: Which Performance At The Nurses’ Ball Has Been Your Favorite Thus Far?

Well, we saw Elizabeth the first episode of the Ball, walking in, never to be seen or heard from again (that I recall). Gotta prop-up the parking lot hire.