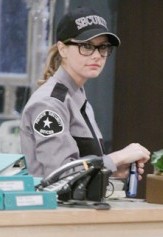 Lisa holds a “kangaroo court” against Robin, Patrick, Maxie and Steve. Meanwhile, Lucky, Jason, Dante and Mac work together to lift the lock down. Liz accidentally injects Siobhan with the wrong medication – sending Siobhan into shock that could put her in a permanent coma. Lucky spins out of control from what happened to Siobhan. Liz stops Lucky from taking a drink – and tells him that Aiden is his son. Maxie begs Matt to save Spinelli’s life.

Patrick manages to push Robin from Lisa’s deadly grip. Lucky and Liz discuss the truth about Aiden, Jake’s death, Luke and how they will approach Nik with the news. Leaving the alcohol behind, they go see Siobhan. Spinelli awakens from surgery not like himself. Jason is relieved to find Sam safe and unharmed in General Hospital.  Robin arrives with the test results. Siobhan reveals she also knew the truth about Aiden, as Liz stings over Lucky and Siobhan’s loving reunion at the hospital. Lucky and Liz confront Nik about Aiden – and are surprised by his reaction. Dante tries to soothe Lulu over her family’s self-destruction. Dante and Tracy discover Lulu has left to find Luke herself.  Sonny and Diane discuss whether or not he should officially adopt Alec.  Meanwhile, Anthony threatens Brenda and Alec at Kelly’s. Sonny drops in on Anthony.

Unable to remember how to use a computer, Spinelli cannot unfreeze mob funds for Sonny’s business, which concerns Jason and Sam greatly. Michael gets multiple job offers to keep him busy over the summer – including a way to end the war between Sonny and Anthony. Meanwhile, Edward approaches Jason then offers Abby a job at ELQ, but with strings attached. Alexis and Sonny argue over the right way to punish Kristina after her Dominican Republic antics, as Kristina pushes her romantic agenda with Ethan. Tracy, Sonny and Dante discuss Lulu’s quest to find Luke and Luke’s emotional past. Meanwhile, Lulu arrives in Florida. Lulu is confronted by the sinister bordello owner, Javier. Sonny and Jason share concern about Michael’s future with the ELQ prospect, concerned Edward will turn Michael against them. Meanwhile, Michael makes a decision about Johnny’s job offer. Michael accepts a job at ELQ, as long as Abby can work there with him. Kristina invites Ethan to the lake house with a kaka story while Alexis and Molly are away. Ethan is surprised to find Kristina has decorated with candles and is serving wine when he arrives. Kristina challenges Ethan to let her kiss him. With Josslyn in tow, Jax tries to enlist Brenda to give a deposition on his behalf for the custody hearing, but Brenda refuses to testify against Sonny.

GENERAL HOSPITAL: Tracy Tells Laura that Luke is “Gone”. What Will Her Next Sentence Be? 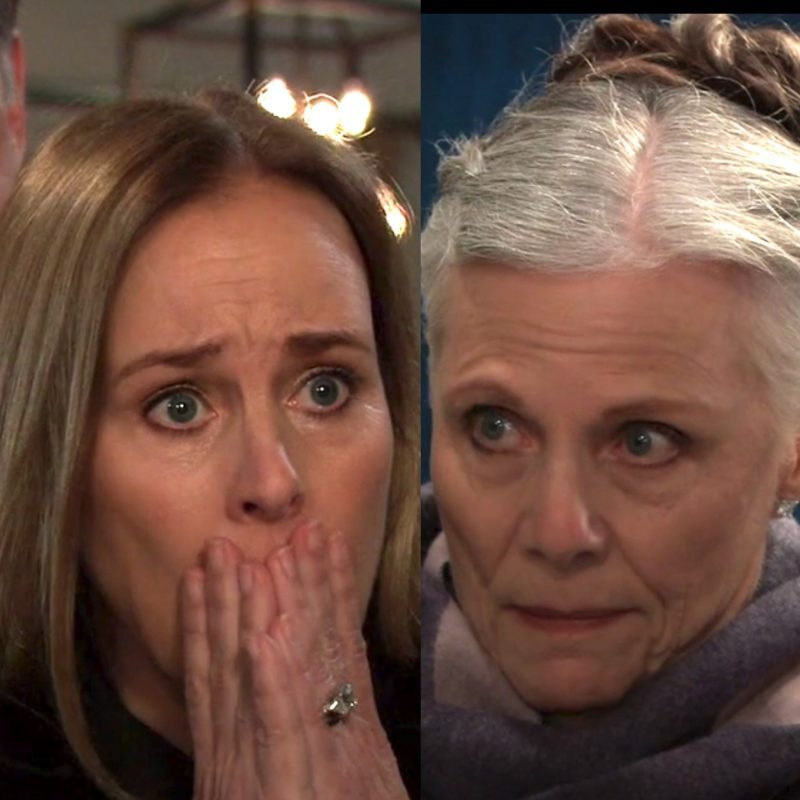 Is Luke Spencer (Tony Geary) literally dead-dead? That’s the question on viewers minds after the shocking ending of Monday’s first episode of the new year of General Hospital.

In the key scene at the end of Monday’s show, Tracy, played by Jane Elliot, makes a surprise visit to Laura’s (Genie Francis) just as the clock is about to strike midnight on New Year’s Eve in Port Charles.

When Laura, who is with Kevin (Jon Lindstrom), opens the front door, she sees Tracy standing there.  An emotional Tracy tells Laura,”It’s Luke. He’s gone.”  Laura is gut-punched.  We fade to black.  The audience is stunned that, first, GH kept under wraps the return of Elliot, but second, that they truly would kill off the iconic character of Luke Spencer.

Since the airing of the episode, fans and viewers of the ABC soap, have been trying to figure out if this is a fake out, and Tracy will continue her explanation on tomorrow’s episode and reveal that, perhaps, Luke has disappeared?

Geary had previously made it clear he would not return to the GH.  So, could this be a story-driven point and the show is really saying buh-bye to Luke? Is this tied to what Victor Cassadine (Charles Shaughnessy) wants to get out of the mind of Drew Cain (Cameron Mathison), after Victor’s rather threatening and revealing conversation with Peter (Wes Ramsey), who has unfortunately awakened from his coma?  Stay tuned!

GENERAL HOSPITAL: Sonny Takes the Stand and Winds Up Torching His Marriage to Carly 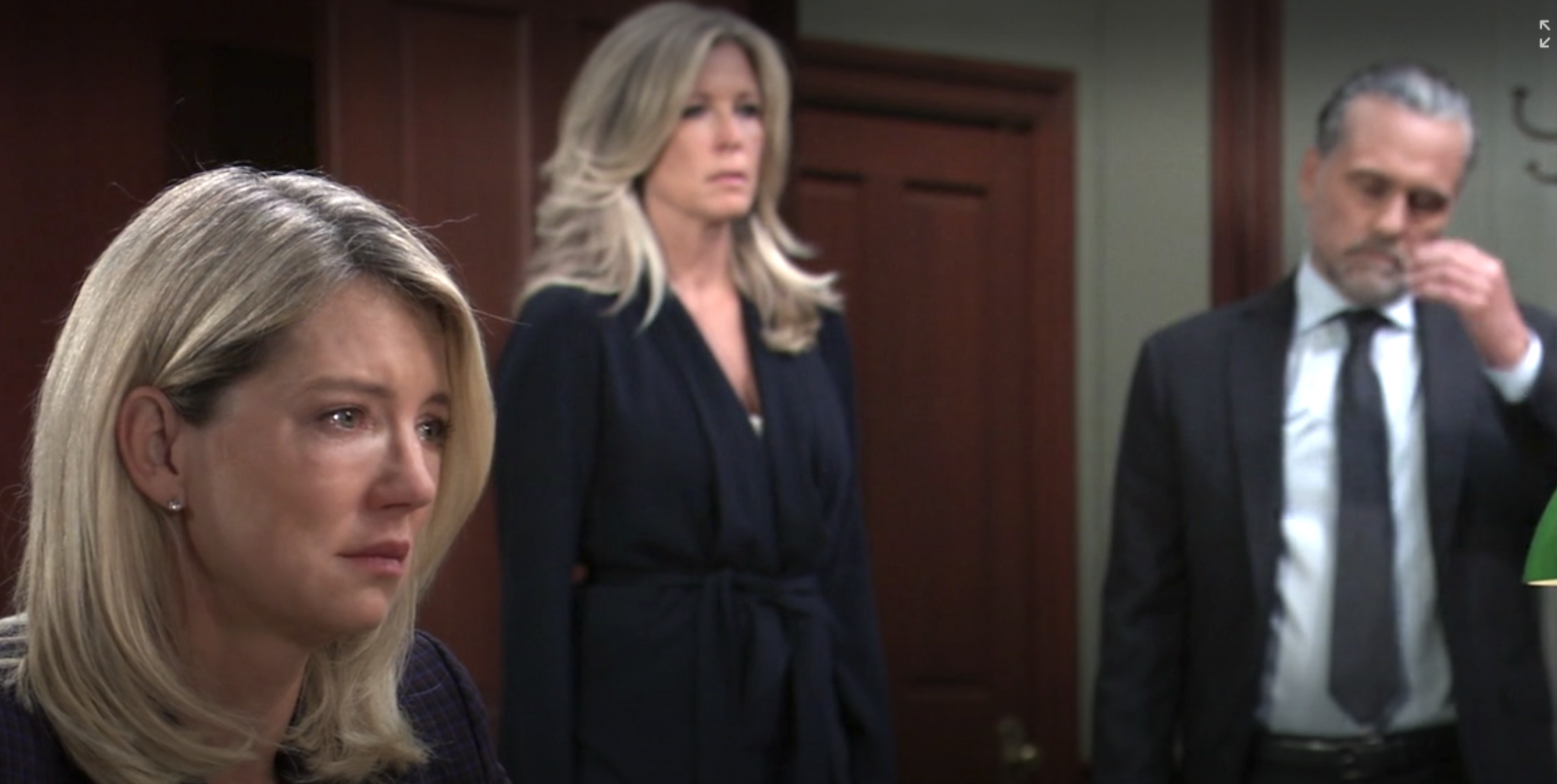 On Tuesday’s episode of General Hospital, the moment finally came and in dramatic fashion where Carly (Laura Wright) has found out about Sonny aka “Mike” (Maurice Benard) relationship with Nina (Cynthia Watros) while he was in Nixon Falls; all thanks to a duped Willow (Katelyn MacMullen), or so Michael (Chad Duell) thinks.

While on the stand during Nina’s trial, Willow admits to Scott (Kin Shriner), who is Nina’s defense attorney, that she overheard Nina and Sonny talking where Nina said their love was the purest.  However, it ended when his memories of Sonny returned.  While in the courtroom, Carly is beginning to have the realization that more went on between her husband and Nina than she initially thought.

The judge in the case decides he wants to hear from Sonny and he is called to the witness stand. When the judge asks Sonny if he had a personal relationship with Ms. Reeves while in Nixon Falls, Sonny admits that he and Nina did fall in love.  When the judge pointedly asks Sonny if he sees himself as a victim of a crime, he answers “no’.

After he exits the stand, Sonny tries to approach Carly, but she runs out in tears.  Nina gets upset with Scott for what he did to Willow on the stand, but he says his job is to win the case for her.  Following the closing arguments, the judge says after all was said and done, he needs time to deliberate.   When Sonny tracks down Carly, things look bad for CarSon!

Elsewhere, Ned (Wally Kurth) and Olivia (Lisa LoCicero) learn from the doctor, that Leo does indeed have Autism Spectrum Disorder. The doctor informs the parents that they can get Leo into programs that will help him and promises that Leo will live a happy, and fulfilling life.  Ned and Olivia are emotional, but try to soldier on, knowing that they will be there for Leo every step of the way.

So, what did you think of yesterday’s GH? Are you glad that Carly finally knows about Nina and Sonny? What do you hope happens next? Weigh-in via the comment section below. 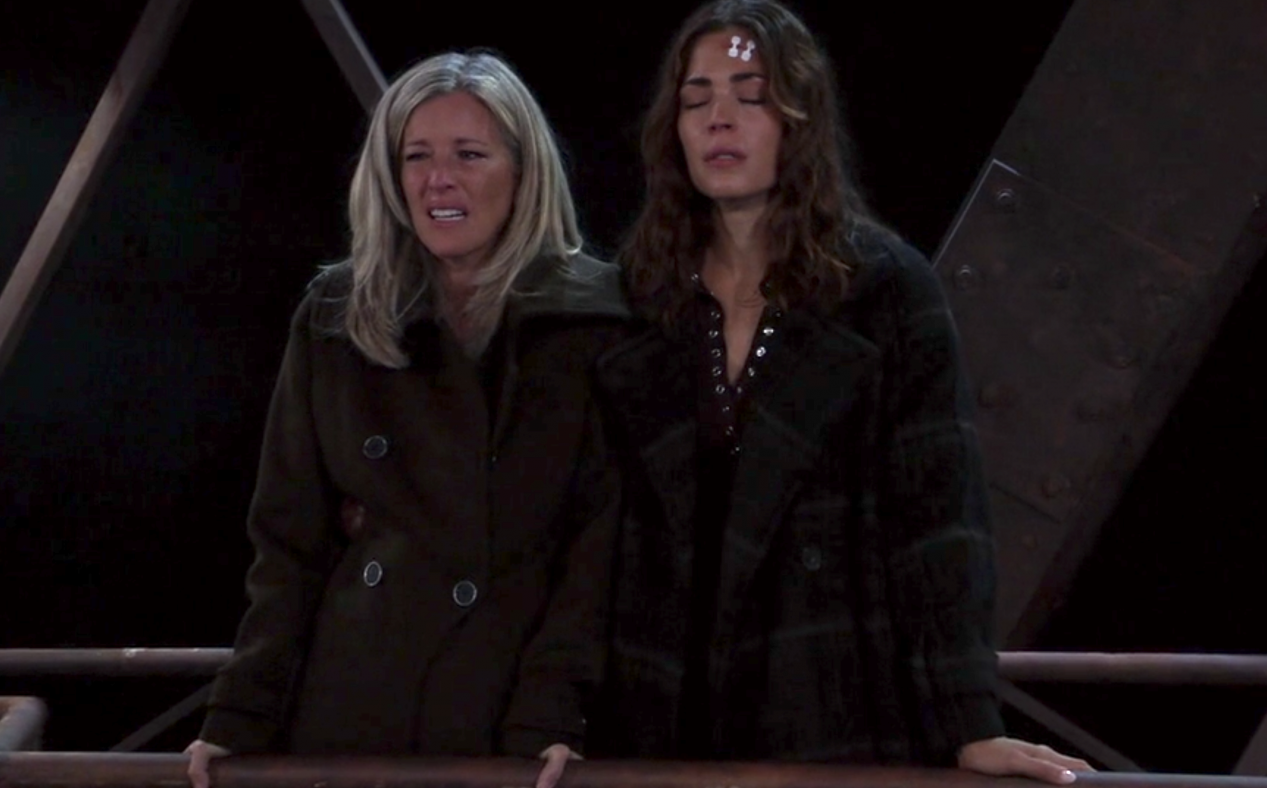 When General Hospital goes for the emotional jugular, it is very often top-notch daytime drama, and that was on full display through Tuesday and Wednesday’s episode of the ABC daytime drama series in key scenes as the news of Jason’s ‘death’ hit Port Charles.

In the wake of Steve Burton’s (Ex-Jason) dismissal from the show for not adhering to the vaccine mandate, it did open up the story and provide for a huge fallout for those who loved the mob hitman.

In the end, it was Carly (Laura Wright) and Britt (Kelly Thiebaud), who seemingly felt the loss the hardest.  Initially, upon learning how Jason ‘died’ helping Britt locate her mother, Liesl (Kathleen Gati), a defiant Carly blamed Britt for Jason never coming home.

In Wednesday’s episode, we saw how Carly and Britt tried to cope with the knowledge that Jason was buried under a rubble in a cave, with no sign of life, or his body found.

Overwhelmed with grief, Carly heads to the footbridge to be close to the spirit of Jason and to mourn him as tears flow.  She is stunned to see Britt show up there, too.  Carly is surprised that Britt even knew about the bridge that Jason had rebuilt thank to a generous donation from him.  Britt tells Carly that she and Jason had a lot of time to talk while they were on the run.  After Carly explains that Jason was her person and had been her other half, Britt offers to leave. S he expresses that she thought coming to the bridge would make her feel closer to Jason.

Then, in a heartbreaking moment, Britt assures Carly that she blames herself for what happened to Jason and hates herself.  Then, Carly has a moment of clarity that Jason would want her to forgive Britt.  Generous thoughts never come naturally to Carly, but Jason always set her straight on how to handle life’s most difficult situations.

In the final moments of the episode, with both women in tears, Britt moves to the center of the bridge with her arm around Carly, after Carly tells her she doesn’t want her to go.  The two stand together bonded over the man they both loved.

These scenes were masterfully played by Laura Wright and Kelly Thiebaud. They were gut-wrenching, powerful, and sad all at the same time.  We think many viewers needed several hankies during these scenes.

So, what did you think of the Carly and Britt bridge scenes …. and the work of Laura and Kelly? Share your thoughts via the comment section below.