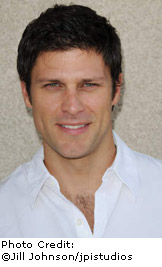 Late last night at the GH Fan Club Weekend, Greg Vaughan (Lucky) surprised guests at Megan Ward’s (Kate) recessionista fan event.   The Port Charles leading man announced to the gaggle of frenzied fans, that he and his wife Touriya are expecting their second child.  The expectant mom is three months pregnant.   The couple have a son, Jathan.  The surprise was made all the more fun, by the fact that earlier that day during the GH Fan Club Luncheon, one fan asked Megan, “Who would she liked to see Kate have a romance with?,” and she said, “Lucky”.  Could it be that Kate and Lucky could have a fling? The cop and the fashionista!  Love the idea. 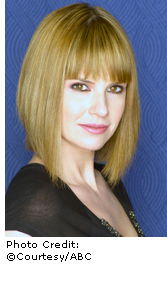 Arianne Zuker and Kyle Lowder having a baby girl!