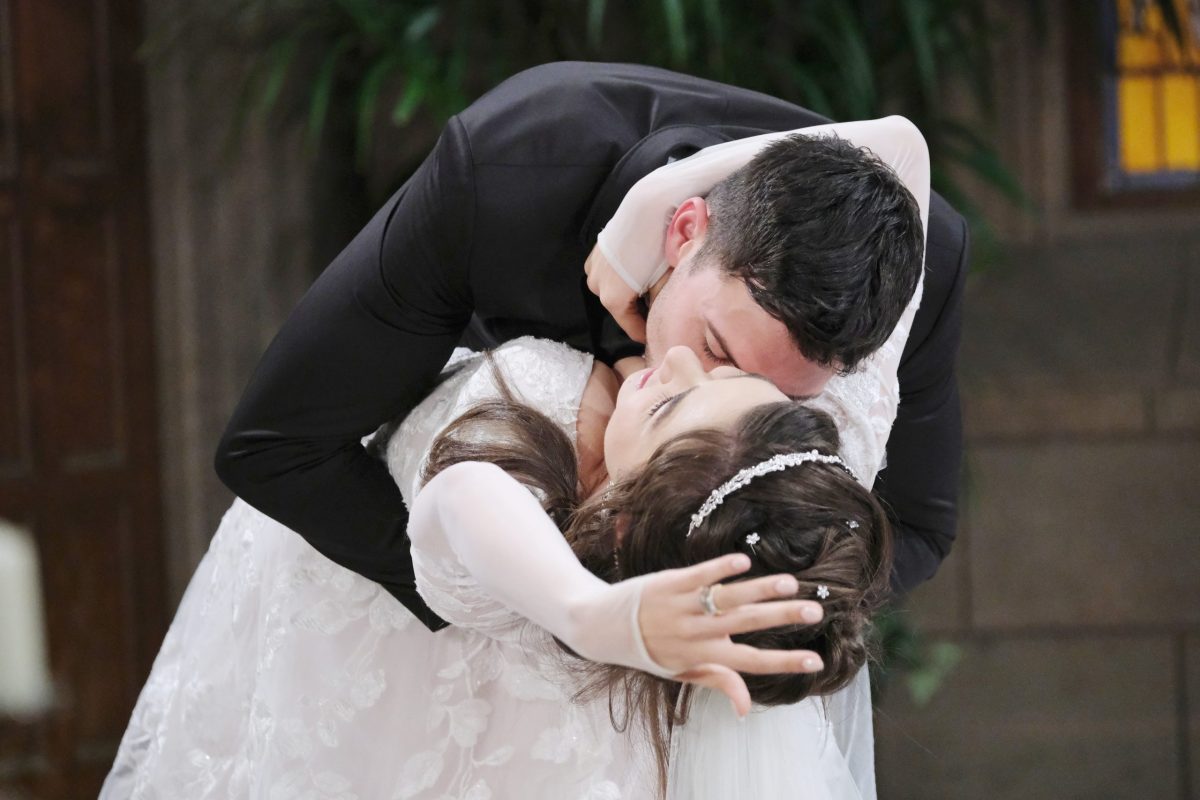 This week, Days of our Lives fans witnessed the highly-anticipated wedding of Ben (Rob Scott Wilson) and Ciara (Victoria Konefal), and they were not disappointed when the couple was indeed pronounced husband and wife.

However, in true soap style, their happiness has been short-lived as a bomb went off in the church and now Ben was caught in the explosion.  Just how this will all play out is yet to be seen. 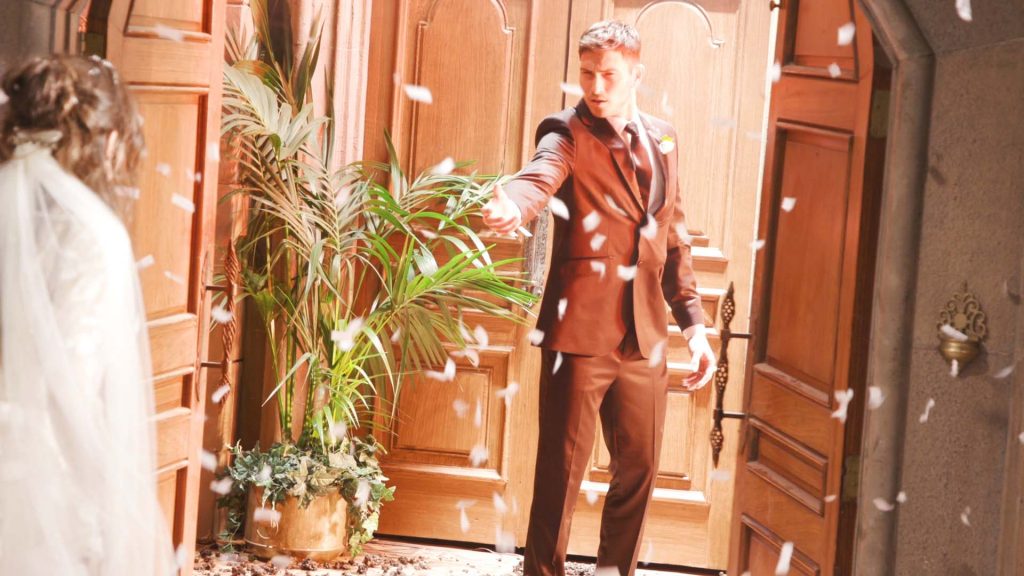 And now, the DOOL app has released two behind the scenes segments featuring Rob Scott Wilson and Victoria Konefal, as they take a look at the dramatic nuptials in exclusive footage from the set of DAYS during the wedding and explosion stunt tape day.

The first piece, “The Making Of: The Wedding of Ben & Ciara” takes you from the vows and how Wilson felt about the heartfelt monologue to the complications with Konefal’s wedding dress which got caught in the doors of the church during a few takes, the long day to make the wedding just right, and much more.

The second piece, “The Making of Ben & Ciara’s Wedding: The Explosion” shows fans just how the stunt was pulled off as DAYS director, Noel Maxam gives the cast, crew, and extras present in the church; direction to pull of these key scenes, while Wilson and Konefal relate how fun and cool it was do something as big as the wedding …. and act in the explosion aftermath.  All which sets the stage for more drama for #Cin fans in the days and weeks ahead.

Check out the behind the scenes content on the DOOL app, and then let us know if you enjoyed the BTS of the wedding via the comment section below.

DAYS Ben & Ciara Wed: What Did You Think of the Nuptials & Its Explosive Aftermath? (PHOTOS)

Love these tidbits. I’ll check it out. Thanks.

Absolutely love these behind the scenes and all of the logistics to these complicated scenes especially on their tight budget! Great job, thank you for the interviews with #RoVi! Hopefully we will have more RoVi as cin! They have just done an amazing job together and created this old school soap romance, the vows were written so well but #RoVi just painted the picture, felt like we were a guest at the wedding feeling all of those emotions. Made me reflect on my own wedding and how beautiful it was!

My family and I are angry Actress not wanting to do full time in Days!! She by far Best actress as Chaira we n many other fans n family’s love her beyond belief…. Ben too they had so much heartache. We’re hoping she returns with Bens Baby!!! Fans want to writs Actresss. Please give foward address where her agent received letters.??? Thanking you in advance?? N for Ben. I wrote for soap t v review Have no time to look into at this time. But promised I’d write to help fans n my family get answers. I’ve been taping this… Read more »

All this showed me is how much the writers favors certain characters/couples over others and needs to invest 100% in all on this show in order for it to succeed. Look at huge difference between Elani, Ericole & this wedding..we know where all the budget went this year. I applaud GV and KA for voicing why they left the show. This fan is following KA when she goes.