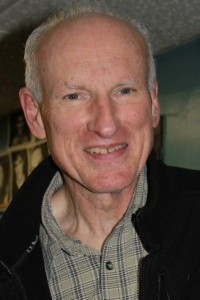 Sad news hitting the Internet this morning has that veteran character actor James Rebhorn passed away at age 65 on Friday.  Rebhorn, one of the great character actors of film, stage and television has most recently been seen as Claire Danes on-screen father in Homeland and as Special Agent Reese Hughes on White Collar.

However, daytime fans saw Rebhorn’s work for decades in a series of juicy roles! Guiding Light fans remember him as Bradley Raines. the man who raped Beth Raines! He also played Henry Lange on As the World Turns, and was a important part in the Luke and Reid story ending.  After Reid tragically died, Luke with the help of Holden and Lily sought out Angus Oliver, played by the late Rebhorn to sign some important papers that were key to the story.  In addition, James had roles on The Doctors, Search For Tomorrow, and Texas.

His film credits included: Independence Day, Scent of a Woman, Carlito’s Way, and The Talented Mr. Ripley.  According to Deadline.com, Rebhorn’s family is planning a religious service to be held in New Jersey.

Now in honor of Rebhorn, watch the touching performance from As the World Turns featuring Noelle Beck (Ex-Lily), Jon Hensley (Holden) and James!  Then, let us know what your thoughts are on the passing of this talented actor.

GH Sneak Peek: Watch Britt Try To Explain Her Way Out Of Her Deception To Nikolas!

very sad; never saw him on any soaps but in many films/other TV shows. liked his steady/familiar presence….

read he passed from melanoma…though it’d been diagnosed in 1992. terrible that it either never left his system…or came back. just very sad and a loss to film/TV.

From 1983-85, he was the repulsive, universally-reviled Bradley Raines on GUIDING LIGHT – and he took no prisoners in that role. I’m sure it was difficult to play someone that two-faced & abusive on a soap. Supporting roles on movies & in evening tv series are one thing. But, 5 days/week for nearly 3 years (he recurred after 1985) on a soap must be quite draining. It feels odd to say that while I didn’t “enjoy” the storyline, it was certainly mesmerizing and riveting. He was a large part of it, and his unmasking in court as a rapist &… Read more »

Agree totally. His role as Bradley Raines was one that gave me nightmares. The man inhabited the part. to where he was unforgetable. Sympathy and comfort o his family.

Sad to read this.

A terrific character actor that could play both heavy and light roles. I’ve seen him in many movies, on many TV shows, and other programs. Very sad.

So sorry to hear of James Rebhorn’s passing. I first saw his great acting as the creepy rapist Bradley Raines on Guiding Light. Then saw him on Scent of Woman and many, many shows and movies. I am sure he will be missed My condolences to his family and friends.

Mr. Rebhorn…you will be truly missed. Rest In Peace. Amen.

I remember him from Guiding Light as Bradley Raines. He made me hate him like he did in all his villain roles. Seems he made it impossible to see him any other way. He was a brilliant actor. My thoughts are with his family and other loved ones. He will truly be missed.

He was amazing as Bradley Raines on Guiding Light. I wish you had used a clip of him on GL.

So sad to hear this. Watched him many years in his role as Bradley Raines in my favorite soap, The Guiding Light. Had my picture taken with him in Central Park in the early 80s when we were on a day trip to New York and he was with fellow actors filming the “Santa Claus” sequence of the Guiding Light. Had a nice chat with him about the throes of unemployment and how it can affect the male ego. If you recall Bradley Raines was out of work and he stayed home drinking while his wife went to work at… Read more »

He was a wonderful actor. I knew his wife and send her my condolences. I enjoyed every performance in which I saw him, but probably remember him most as Angel’s father – a character so unlike his own, but played beautifully.

I think I can remember him on the “Edge of Night”, but the character name escapes me.

James Rebhorn was a great actor. He scared the heck out of me as Bradley Raines on Guiding Light. The clip from As The World Turns reminded me of the quality of those P&G soaps. RIP

What a wonderful talent. I so enjoyed seeing him play so many memorable characters. I am very sorry about his death.