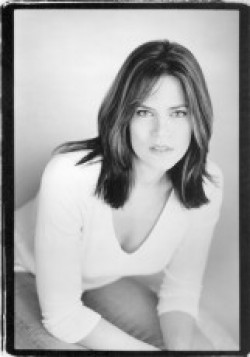 More Gotham casting news over the weekend from We Love Soaps.  Former As the World Turns star Melanie Smith, who played Emily Stewart in the late 80’s has been cast by Martha Byrne to play Bryne’s on-screen sister, Claire Ryan in the new soap web series.    Here are a few excerpts from the WLS full interview below!

Smith on getting a call from Martha Byrne to appear in Gotham:” I was sitting on a set the day before with my girlfriend Mariska Hargitay and she kept saying to me, “Are you ever going to act again?” And I said, “You know, I just don’t see myself going back, but if it fell on my doorstep I might think about it. But it’s not really anything I see myself going after.” She said, “Oh gosh, you had so much fun doing it, you should think about it.”

And I said, “Ah, but I love my life!” And then Martha called the next day! [Laughs]  It was so funny because I was finishing a meeting and the manager of my center walked up and said to me, “Martha Byrne.” And I thought, “Wow, Martha Byrne, I haven’t talk to her in a hundred years!” [Laughs] So I picked up the phone and she talked to me about the project and it was great to hear from her. I’m really, really proud and impressed for her and Lisa Brown for taking something like this on. Being an entrepreneur, I think it’s really great.”

Smith on her new role in Gotham:  “Well, all I really know is I’ll be playing Martha’s sister [Claire]. Her old sister. And I’m a very nurturing and kind person.”

Smith on reuniting with her former ATWT co-stars:  ” Oh my God, yeah.  We (Margaret Reed and Melanie) had so much fun together! It’s a medium that has such a special place in so many people’s hearts.  As the World Turns was my mother’s favorite show when I was growing up. I kind of feel like the paradigm of soap operas and television and film is changing. The whole industry is changing dramatically. This may be the future of it all. For Martha and Lisa to spearhead this and get people together who really love working together is a good start. Everybody is so talented.”

OLTL's Crystal Hunt exit… is it bye-bye Stacy Morasco or not?