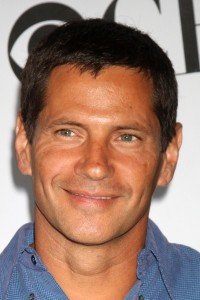 First, Thomas Calabro who played the role of the scheming Dr. Michael Mancini during the entire nine season run of the primetime soap opera, and it’s reboot, and who also played “Mr. Puckman” on Glee, is coming to The Bay just in time for it’s  mid-season finale as a “mystery man – a character who threatens to throw a kink in an otherwise open and shut case.”

Also joining from Melrose Place is Vanessa Williams, best known for her role on the soap as Rhonda Blair,  and as Maxine Chadway on the Showtime cable television series Soul Food.

“Melrose Place was one of the most iconic primetime soaps on television and was known for its jaw-dropping scandals,” related The Bay’s creator and executive producer Gregori J. Martin.  “Considering the mayhem that’s currently happening in Bay City, Vanessa and Thomas make the perfect additions to our amazing cast.”

What do you think about the casting additions of Thomas Calabro and Vanessa Williams giving us a throwback to Melrose Place on The Bay? Excited to hear this casting news? Comment below!

Donna Does Marilyn & So Do THE QUEENS OF DRAMA!

Jason Cook Returns To Days of our Lives!

Love a good MELORSE PLACE flashback! I am realtively new to online serial dramas. Is it possible to catch up on past seasons of THE BAY? So much good buzz.

Yeah!!! You can watch past episode on Bliptv or on thebaytheseries.com.

The Bay already had an amazing cast and it’s only getting better as the days go by! First Patsy Pease and now these two! Season 4 is already looking amazing!

This keeps getting better and better!

Woo Hoo! I’m excited! I’ll be watching… but I always do!