Showbiz 411 caught up with Julianne Moore at the premiere of the motion picture, Chloe last night, and this is what she, and Showbiz 411 had to say about Julianne’s upcoming guest stint on As the World Turns.

“The menschy Moore also pays a rare visit to her alma mater, the CBS soap “As the World Turns,” on April 5th, to help celebrate her fictional parents’ (Don Hastings, Kathryn Hays) anniversary and give a nod to the 54 year old soap’s scheduled end this fall. Moore won a Daytime Emmy playing lookalike cousins on the show. She will only play one for the return. What happened to the other one? “I’m not in touch with her,” the four time Oscar nominee quipped at the “Chloe” premiere last night in New York. She says she loved being reunited with her soap family, including 92 year old show matriarch Helen Wagner, who plays her grandmother. “She’s still giving us acting tips,” Moore recalls.

READ MORE
Freddie Smith Reveals That He and Chandler Massey Will Be Exiting DAYS
Related Topics:As The World TurnsJulianne Moore
Up Next 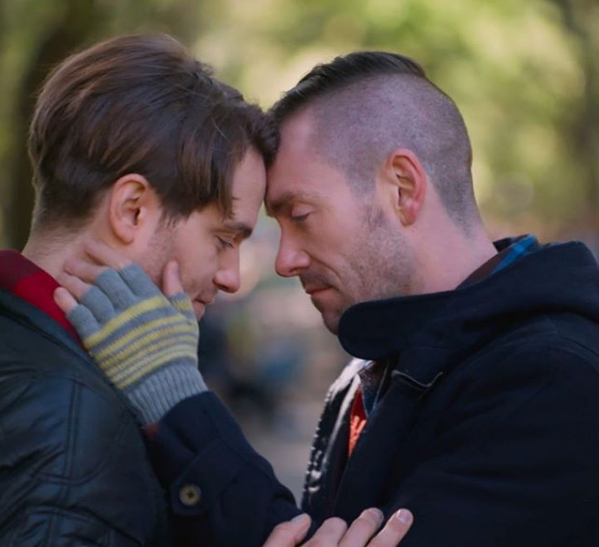 The fourth and final season of the much heralded LGBTQ series, EastSiders now has a premiere date of December 1st on Netflix, and fans of the show will see how things will play out for the Silver Lake duo of Cal  and Thom, who have gone through quite a lot in their relationship over the last three seasons.

EastSiders stars series creator, Kit Williamson (Cal) along with As the World Turns favorite, Van Hansis (Thom).  The last six-episodes that comprise season four will tackle questions such as… what does commitment really look like in a long-term relationship? And what unique challenges does a “gay marriage” present?

In story, Cal and Thom are back home in Los Angeles following season three’s cross-country road trip.  The guys are still trying to figure out if they are just best friends with benefits, or more, or less, than that.

Elsewhere, Douglas (Willam Belli) and Quincy (Stephen Guarino) are engaged to be married, but with very different ideas about what a gay wedding should be. Hillary (Brianna Brown) and Ian (John Halbach) are cohabiting peacefully; and Jeremy (Matthew McKelligon) and Derrick (Leith M. Burke) have taken a huge step in their relationship by fostering a child.

Deadline broke the news of the premiere date and the many special guest stars from primetime and more to look forward to this season.

Will you be watching the final season of EastSiders? If you follow the series, how do you hope the relationship between Cal and Thom resolves itself? Do they stay together, or move on from each other once and for all? Share your thoughts via the comment section below. 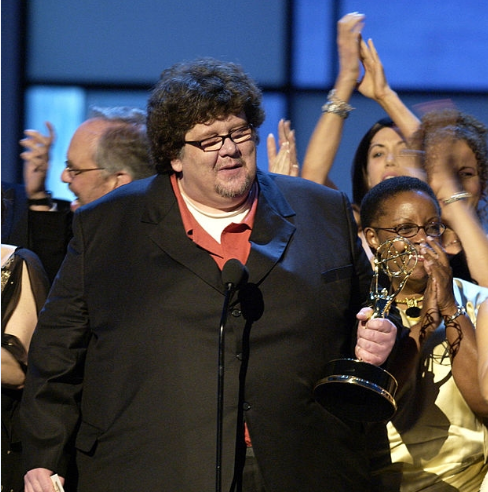 Over the last several hours, reports have broke that one of daytime’s most notable scribes has died.  Hogan Sheffer, who was head writer at As the World Turns, Days of our Lives and The Young and the Restless has passed away at the age of 61.

Soap Hub, first reported the news via multiple sources, however, many writers who worked with Hogan during his tenure on the soaps have taken to social media to share their condolences and their grief and remembrances.

Sheffer’s appearance on the soap scene was unexpected, especially in a genre where it is often rare for new blood to take the reins at the head writer position.  Proctor & Gamble had decided to bring in Hogan after his work as the Director of Screenplay Development for DreamWorks, not because of his writing credits for a previous network soap.  He was given trial deal as a breakdown writer for the CBS soap and 10-weeks in became the beloved town of Oakdale’s new head writer.

Hogan and his then writing team were able to turn the classic, As the World Turns around.  The show went up in the ratings and during his time with the series ‘World Turn’s’ won two Daytime Emmys for Outstanding Drama Series, and he and the writing team picked up four Emmy victories all through 2000-2004. 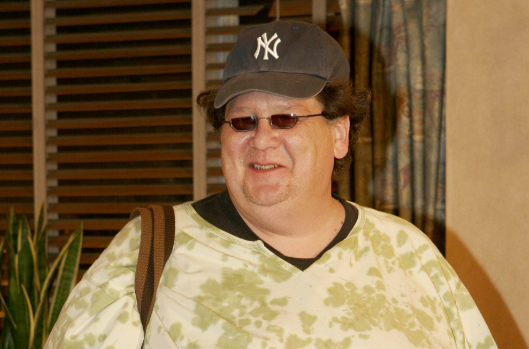 Next, Sheffer landed in Salem as head writer of Days of our Lives along with Meg Kelly from 2006 through to the beginning of 2008.   He would later join The Young and the Restless and team up with then head writers: Maria Arena Bell and Scott Hamner, and eventually stay with the show till 2012.  During Sheffer’s time in Genoa City, Y&R also won a Daytime Emmy for Outstanding Writing in 2011.

READ MORE
NATPE Reports Daytime Talkers On The Rise Thanks To Kelly Clarkson and Tamron Hall Syndication Hits; More On The Way

On Sunday, former WWE and daytime writer Tom Casiello, who was extremely close with Sheffer…  and who shared how Hogan gave him his start at writing in daytime, took to his Facebook page to pay tribute to a man who had such an impact on his life and many others.  It is worth the read here.

Y&R writer, Sara Bibel tweeted: “Hogan Sheffer was a gamechanger for ATWT and daytime. Everyone I know who worked with him adored him. RIP”

And, iconic ATWT star, Martha Byrne (Ex-Lily) tweeted on Sheffer’s passing: “To say he was one of a kind would be a tremendous understatement. Our years at ATWT with Hogan at the helm were a rebirth for our beautiful show. Loved his writers, actors,crew. Blessed to have him on the first floor in Brooklyn ready to listen. Talented. Funny. Generous. RIP”

Colleen Zenk (Ex-Barbara, ATWT) also took to Twitter upon learning of the passing of Sheffer sharing: “I loved him, loved him, loved him… he was so good to me. Thank you for everything, Hogan. You were so loved. Especially, by me… Rest in peace…”

Michael Fairman TV will continue to bring you updates as the soap world mourns the loss of a creative force in our genre.  Share your condolences and thoughts on the death of Hogan Sheffer via the comment section below. 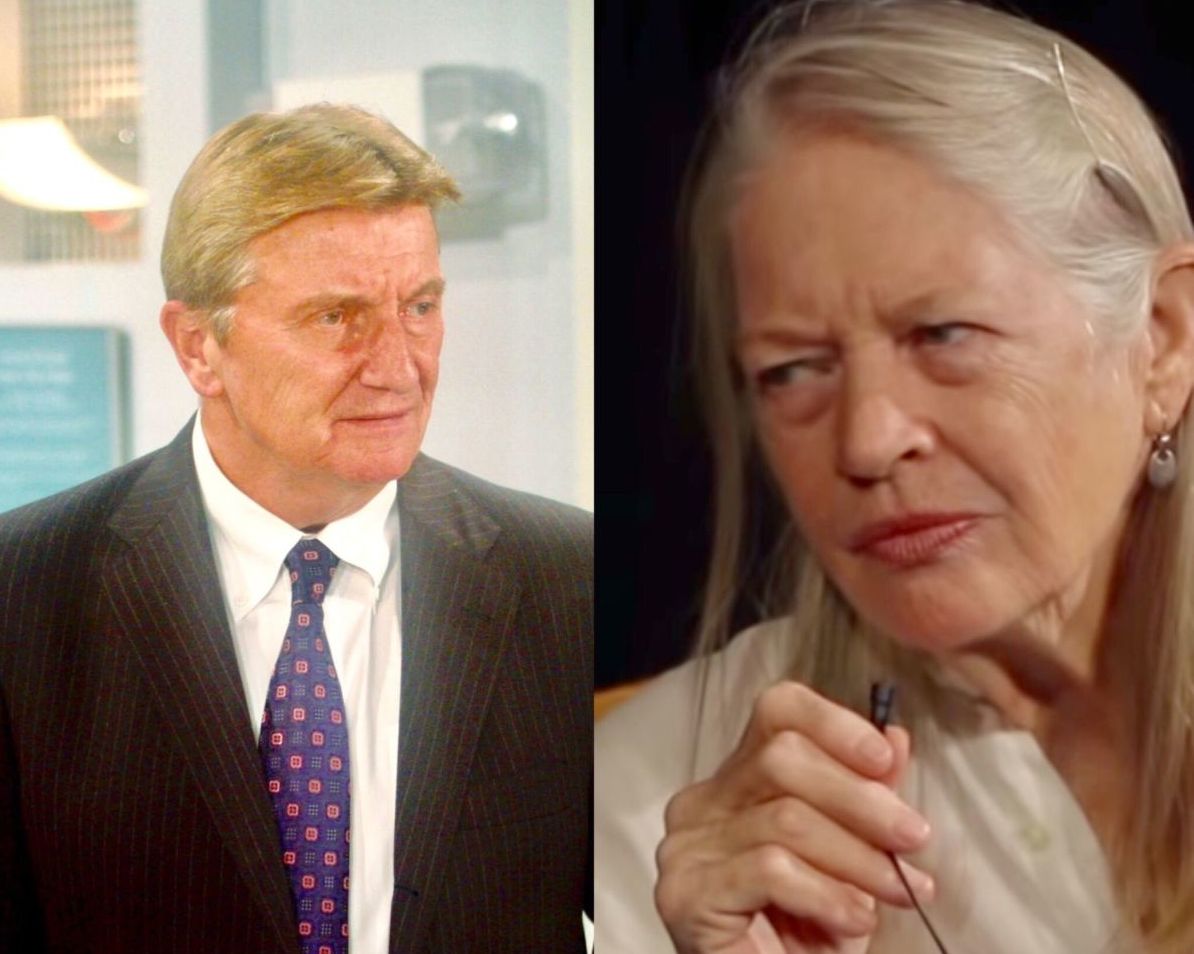 Two of the most revered performances ever in the world of daytime drama will be seen tomorrow night on an all-new episode of NBC’s drama series, The Blacklist. (10/9c).

In “The Pawnbrokers”, Daytime Emmy winners, Larry Bryggman (Ex-John Dixon, As the World Turns) and Dorothy Lyman (Ex-Opal Gardner, All My Children) will be seen as a criminal duo!

Bryggman and Lyman play a couple that fronts cash to criminals on the black market. In story, series star, James Spader’s Red acclimates himself to his new digs in federal prison, where he is challenged by an old rival.  Samar (Mozhan Marnò) goes undercover to stop a black market organization that fronts cash to criminals. (Enter Larry and Dorothy!)  And, Liz (Megan Boone) and Jennifer (guest star Fiona Dourif) continue their investigation into Red’s past.

Check out the promo for tomorrow night’s episode below.   Then let us know if you will be checking out Larry and Dorothy and if all of this brings back memories of their amazing performances in Oakdale and in Pine Valley in the comment section below.