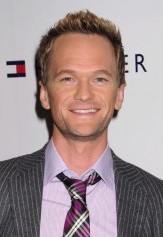 News broke earlier today that How I Met Your Mother star Neil Patrick Harris called out The Young and the Restless Eric Braeden (Victor Newman) via Harris’s twitter account. The incident stems from Braeden apparently backing out of a brief appearance on the hit comedy sitcom to reprise his role as Robin’s dad.

NPH tweeted, ﻿”Eric Braeden is a D-Bag. the actor, (Robin’s dad) agreed to a cameo, then last night bailed, saying the part wasn’t ‘substantial’ enough. We’ve recast with Ray Wise, a fantastic actor who makes any part ‘substantial’. Super excited to welcome him to the family!

Now in response, Braeden gave an exclusive statement to EW.com as to why he backed out of Thursday’s night taping of How I Met Your Mother.

The Daytime Emmy winner concluded,  “It’s very unfortunate. First of all, I came back from hip surgery. I was off for three weeks. I’ve doubled my work, 30 to 50 pages a day for me, alone. Everyone knows that I’m exhausted. I was not about to appear on a show for two lines, because that’s what it amounted to. His choice of words bothered me. It seems to me like a young whippersnapper, having seen himself on a few covers, who’s received a few awards, is now suddenly suffering from the first signs of hubris. I’ve been in the business for 50 years. I’ve seen people come and go and I’m still here.”

The long-time star of Y&R told EW.com that he only learned about the size of his part the day before the taping, which he considered unreasonable. (He believes he should have been given the scripts weeks in advance).  In the end Braeden said he laughed off the situation saying, “If he is a worthy adversary, he’d better not cross my path. I will let bygones be bygones.”

NPH has NO class. Braeden shouldn’t lower himself to NPH’s level. What an utterly stupid comment from NPH. It was reasonable for Braeden to say no to the acting gig. Heck, HIMYM is 1 of the worst “comedies” ever. NPH can’t act and his Primetime Emmy win for glee was a joke. Y&R may be crappy now thanks to Maria Arena Bell, the hack writers and some atrocious acting, but in the past Y&R was great. You can’t say the same abt the corniest sitcom where NPH portrays the most unconvincing manskank ever.

What happened to acting professionally and common decency?I’ve always liked NPH and i’m so surprised at his harsh words.Whether there was any truth to his statement , his choice of words could have been better.When will people learn when you put something out there, it’s there forever!