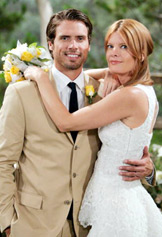 Y&R’s Phyllis and Nick were named the Best Love Story from the new millennium.  GL’s Otalia, and GH’s Patrick and Robin made the top three as named by TV Guide Canada’s Nelson Branco and On-Air On-Soaps Michael Fairman.   The list out this morning of the top 15 Love Stories of the decade appears in the new edition of The Soapgeist column. Both Fairman and Branco combined their lists and choices, and it ended up like this!  See if your favorite lovebirds or star-crossed lovers made the grade.

1.  Phyllis and Nick, The Young and the Restless

4.  Jack and Carly, As The World Turns

5.  Brooke and Nick, The Bold and the Beautiful

6.  Bianca and Lena, All My Children

7.  Luke and Noah, As the World Turns

8.  Victor and Nikki,  The Young and the Restless

9.  Zack and Kendall, All My Children

10.Tess and Nash, One Life to Live

Related Topics:decadeloveotaliaPHICKscrubsstoryThe Young and the Restless
Up Next