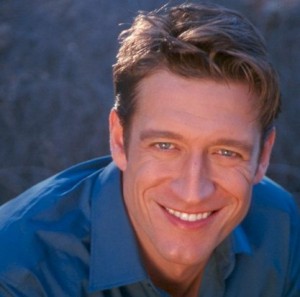 Best know for his role as Ben Bruckner on Queer As Folk, actor Robert Gant will be making an appearance on CBS’ The Young and the Restless as part of the continuing storyline of the death of Katherine Chancellor and how it will affect her family and friends!

Gant comes on the canvas as none other than David Sherman, the son of Katherine Chancellor’s lawyer and friend, Mitchell Sherman! He will air on the September 11th episode of the number one daytime drama.

According to Soap Opera Digest, “David, like his father, is a lawyer and will gather Kay’s friends and family together to discuss very important matters.”

Will David reveal more about about who is to inherit Katherine’s fortune, estate and business holdings?  What do you think he is coming to say to the Katherine’s friends and family?

I haven’t looked forward to anything on this show since JFP got there, and can’t imagine this will be anything important, as it will just end up impacting characters we love but hardly ever see, or characters we don’t know and could care less about.

Stories lose their impact when they are filled with newbies or the character has been recast so many times you no longer can even remember who they are when they do appear on screen.

???
It is merely an appearance .. Then he will go bye bye
He will air on the September 11th episode ..

It seems like soap writers seldom care about how unpopular a certain character is, if that writer likes a particular character, that character is not going to be made to look bad! This seems to be happening with Chelsea right now, before it was Phyllis, Chelsea has now taken the dubious reins from the Redheaded Devil. The opposite of all of this is true, too, clearly the writers hate Sharon but love Avery. Avery is sharing wedding photos, plans, etc. with Faith in some insincere and AWKWARD attempt to get close to her, why doesn’t she just suggest to Faith… Read more »

hmm
That will then be 16 episodes until the reading of the will..
looking forward to it..

I am surprise that it will take that long to get to the reading of the will and I do understand a week of episodes can be one day on the show, but I want to know now, 🙂

Knowing JFP, they will write it so that con man Cane gets EVERYTHING. So…..unless the idiots in charge surprise me, Sept. 11th will be my final day as a Y&R viewer. I’ve been watching since the late 1970s.

I like they are relating him to Mitchell which is a nice nod to the history of the show. I suppose they must of have changed her will since her faked death– so I guess there could be a surprise or two– I hope so.

Love Robert. Ben was one of my favourites on QaF! Brilliant actor!

I LOVE ROBERT GANT!! Great casting choice by the powers that be. I would love to see him regularly, especially since he’s tied to a long-time recurring character (Mitchell). Perhaps Y&R will finally get the gay storyline they sorely need. Hope he’s well received and can be written in somehow!

Loved him on QAF.

**Fingers crossed** – his appearance as “David Sherman” is well received and he becomes a recurring character on Y&R.