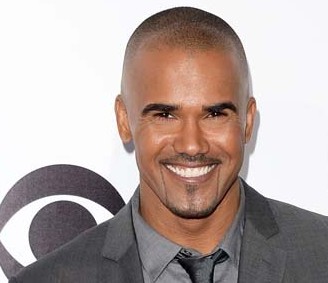 Yesterday, the 46th Annual NAACP Image Awards announced their nominations in all categories for work in television, film, music and literary works, and there was one big glaring omission, and that was there were no nominations in the annual Daytime Drama acting categories for actors and actresses.

According to the NAACP: “The event celebrates the outstanding achievements and performances of people of color in the arts (television, recording, literature, motion picture and writing & directing), as well as those individuals or groups who promote social justice through their creative endeavors.”  On-Air On-Soaps did reach out to the NAACP Image Award representatives to confirm that the daytime drama categories had been omitted this year.

However, soap fans can note that former The Young and the Restless star and current star of CBS’ Criminal Minds, Shemar Moore did land a nod in the Outstanding Actor in a Drama Series category.  Shemar, who returned this year for a two -day appearance as Malcolm Winters on Y&R, will compete against: LL Cool J for NCIS: LA, Omar Epps for Resurrection, Omari Hardwick for Being Mary Jane, and Taye Diggs  for Murder in the First, for the trophy.

The awards will be handed out live on February 6th on a TV One special beginning at 9PMEST/8PMCST.  To view the complete list of nominations click here!

So, what do you think about the daytime drama performer categories being cut?  Who would you have liked to have seen nominated from your favorite soaps?  Is this a continued sign of the times the way the soaps are perceived or treated?  Comment below!

DAYS Greg Vaughan Talks On Serena and Eric's History, Any Future With Nicole, and Daytime Emmys!

I consider it a slap in the face to daytime soaps…maybe the storylines arent the best at the moment but the actors are doing great with the material given and still shouldnt be overlooked!!!

He is so hot. I wish he was back on Y&R and also Drucilla, Fans have wanted asked even begged for Victoria Rowell for years to come back! Shame the fans can’t have what they love

VR should be given a second chance…i know of actors who were fired and later returned to their shows…Drucilla could still return…maybe she will…we never know!!!

VR will never return to Y&R because she is her own worst enemy. She keeps bad mouthing Sony and CBS about not enough people of color as writers and producers yadda yadda yadda. She needs to be quiet, and this is coming from an African American Female.

I wholeheartedly agree… unfortunately… VR has curtained explosive : would reign : if she did to a part of the reel… that needs ignite…. “the Winters’ …” for decades plus : throw it out their… a core audience of daytime is people of color… to servitude… accept… tolerate… beget… that only a “select” few ARE featured… not an equal representation of our America’ as the latino community has “spurned” the African American is as diverse as always will the Asian abundantly heck… Y&R isn’t even my show to have Abe and Theo + Maxine… in Salem… FEATURE Anne ! where… Read more »

It depends why they were omitted? Were they were omitted because there are too few people of color working in daytime that the same few people were winning year after year? If that is the case why should they award daytime dramas when soaps have done such a poor job of promoting issues that relate to ethnicity, race and culture.

What? Tatyana Ali is not nominated for her role on Y&R? But seriously, men and women of color are underrepresented on soaps and well… soaps are underrepresented on television. It does not surprise me the categories have been dropped. I would like to have the day when soaps are strong again in daytime, earning the respect they deserve… and awards are given to people without regard to color. To be honest, I am not so high on entertainment industry awards anyway as they can be so political, are so prevalent, and not always genuine. Somebody is always overlooked. But here’s… Read more »

Network Tv is dying.
It will soon be infomercials..
Daytime TV is the bottom rung of entertainment..
the only hope for the soaps is to go evening..
I’d bet if the soaps were nighttime not daytime, there would be millions of new viewers..
Cable is where the soaps belong in this the 21st century- daytime is crappy bottom of the food chain viewing, and the great soaps are thrown into that pile by being on daytime tv …

daytime actors were dumped from the awards the way leslie and tyler were dumped from y n r!
redaric and angell were such a nice addition to genoa city and deserve better than the way leslie supposdley got married out of nowhere and tyler got dumped by abby without fighting for her! its insulting to the audience they way they ve absent from the show!
i miss tyler and leslie and hope they return!! leslie belongs with neil especially now that hillarys taking advantage of his blindness! tyler belongs with abby they were so sweet together!