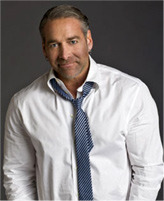 In Nelson Branco’s latest Suds Report posted today at TV Guide Canada, a statement issued by Guiding Light Daytime Emmy Tribute producer, Michael Fairman was given exclusively.   In it, Fairman gives insight to the fans of why the tribute package was cut-down significantly, shares his thoughts on what went down, and answered some Frequently Asked Questions that fans have wanted to know. Here is an excerpt below:

I can’t believe as of today there are just six more episodes left of Guiding Light. I know from reading fans’ posts, emails and reactions to the Guiding Light tribute that many feel the same way as I do, that what went down at the Daytime Emmys for GL was unsatisfying for many reasons. One last time I want to address the issues surrounding the package controversy. Let me say, that I have produced many tributes for the Emmys and other shows including The MacDonald Carey Daytime Emmy tribute after his passing, and 25 years of AIDS retrospective in film and television. So, to be handed the ball to produce this GL tribute package was an honour and something I took with the highest regard to honour and reflect the show. Unfortunately, others did not feel the same.

Truth over fiction: I produced a four-minute tribute package as my original concept and vision that I believed told the history of GL in a contemporary way using visuals, memorable performances and characters without the stereotypical narratives seen in standard tributes.  To clarify: This four-minute tribute was not cut for time. This tribute package was “killed” by certain producers of the show who felt it did not pull at the emotional heartstrings of the audience, and who did not understand its contents, and disliked the direction of its concept. And that is their prerogative. I had also produced shorter three and two-minute versions of it. (You have to, for live shows in case other segments preceding it run long.)

Make sure to go to The Suds Report for the complete statement from Fairman and other hot news of the week including the exciting return of Melody Thomas Scott to “Y&R”!