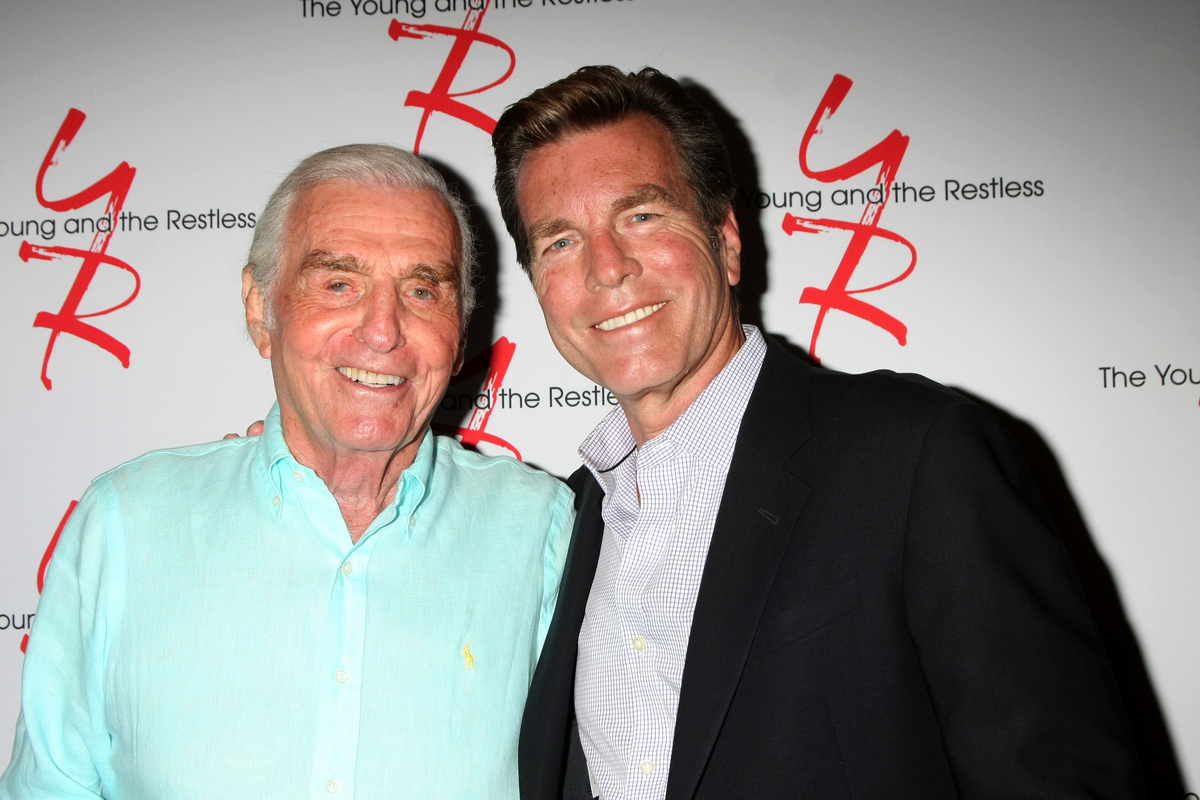 LOS ANGELES - AUG 15: Jerry Douglas, Peter Bergman at the "The Young and The Restless" Fan Club Event at the Universal Sheraton Hotel on August 15, 2015 in Universal City, CA

Last weekend in Los Angeles, fans from all over the world and across the United States gathered together for The Young and the Restless Fan Club Weekend 2015.  Y&R holds their annual gathering where fans can get up-close and personal with their favorites every two years, making it extra special for those who await the big event.

An Oxboard was the star of the show, along with the handsome men and beautiful women which comprise the talented A-list cast! Hilarity ensued when cast members: Amelia Heinle, Melissa Ordway, Christian LeBlanc, and even the one and only Jess Walton, attempted to balance themselves and move around the ballroom in front of enthusiastic and adoring fans on the personal transporter!

Major kudos goes to Cathy Tomas, the hard working fan club president of the number one soap opera, for making sure all the details were worked out and the fans were happy along with Y&R producers: Matt Olsen, Jimmy Freeman, and series publicist Matt Kane.

This year, Y&R decided to forego the traditional Q&A, and instead revealed a new format where actors took to the podium in groups designated by their storylines or families on the show.  After everyone did a little shtick, welcomed the packed-house in the ballroom, and got the fans pumped up, they later took to their individual autograph tables so everyone could get a picture, and of course … a John Hancock… and a selfie!

NOTE: Remember to view the gallery you can either view as a slideshow, or to go to the next group of images hit the NEXT GROUP icon to the left of the + sign!

Love the pic…..I especially love the one with Melody and Tristan…

he probably gets a page of script for the month ..

Y&R dropped the ball big time on Tristan Rogers. You probably wouldn’t have like it su0000 but I thought they should have built him up as a reformed mobster turned business mogul and have him along with Jill and his son Cane use Chancellor Industries to become business rivals to both TGVN and Jack Abbott. There would have been tons of great story to write off of that. Instead he’s been cast as a total dirtbag/sleaze with absolutely zero redeeming qualities. He’s better off going back to being Robert Scorpio. And unless something else is going on i’m unaware of,… Read more »

MR X–I could not agree with you more. Not only did they make Tristan’s character a criminal, they made him a two bit one of the lowest common denominator. Tristan has always conveyed class and I have no idea why they were determined to make him a low brow crook. I envisioned him going toe to toe with Victor–he would have served as a worthy opponent and I am tired of the Jack vs Victor war. I also would have liked him paired up with Ashley. I love Jill but never saw any chemistry between the two? Where is Jill?… Read more »