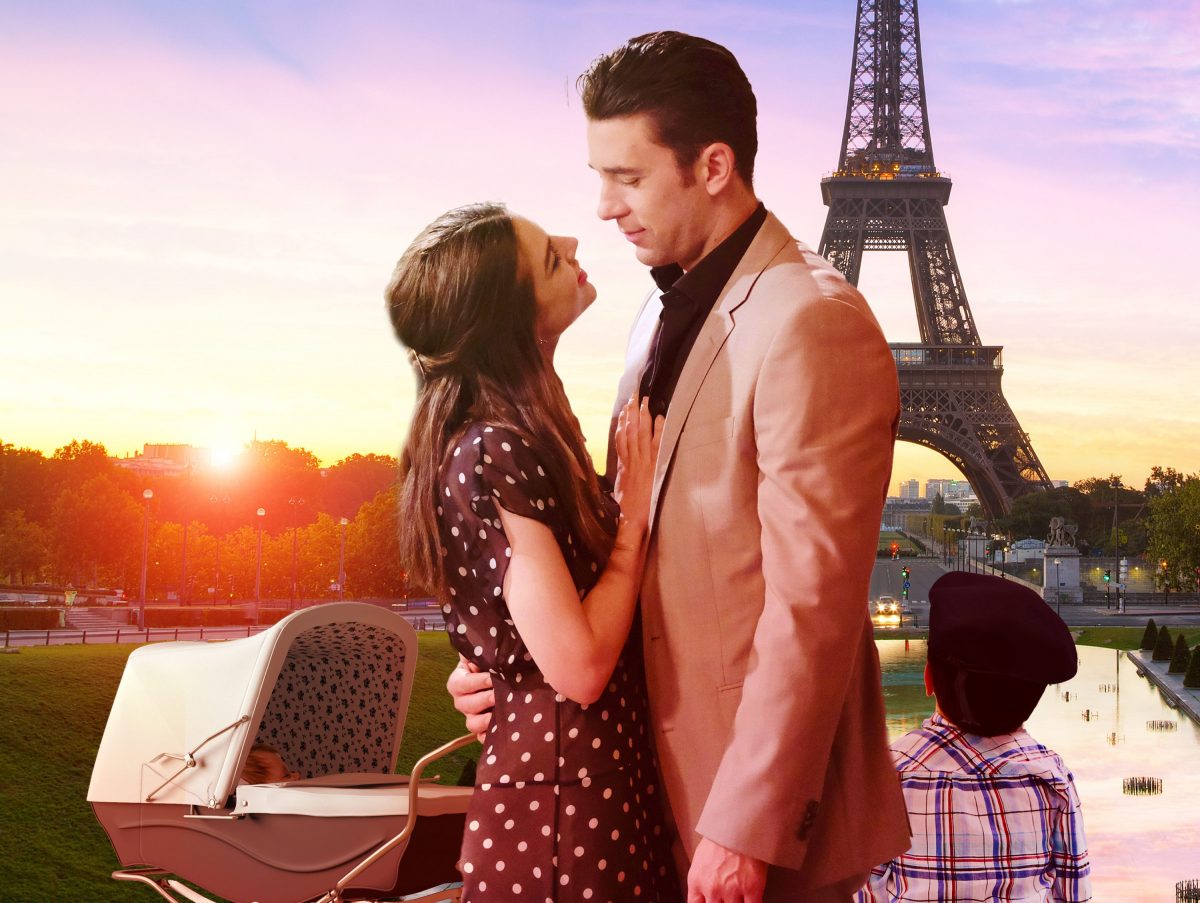 This morning, Days of our Lives brand new streaming digital series, Chad & Abby in Paris made its debut on the DOOL app with the release of the the first three episodes.  The companion series to the long-running NBC soap opera, follows the life of Salem favorite’s Chad (Billy Flynn) and Abigail (Kate Mansi) and their life away from Salem; since in story, the duo known as “Chabby” moved to Europe with their two children for a fresh start.

Austin Peck is reprising his role in the series as Austin Reed, who also finds himself in Paris and who reconnects with Abigail, while Chad is busy at work at DiMera Enterprises’ Paris office working closely with Juliet; played by newcomer Rachele Schank.

Days of our Lives’  head writer, Ron Carlivati wrote the series and told EW.com, about the exciting new way for fans to see their beloved characters: “I had to come up with a concept, something to enhance the show, connect to the show, but not be totally dependent.”  The head scribe and DAYS co-executive producer and creative director of the DOOL app, Greg Meng had been discussing this project and bringing it to life for over a year

As to if every DAYS character might eventually get their own app series, Carlivati expressed:  “What’s cool is how it opens up a big pool. We can do it for any characters who are not currently on canvas. We can check in with other beloved characters who are not on the broadcast.”  There is already said to be talk of a second season of the Chabby series.

Episodes will be made available one week after they debut on the DOOL app  via NBC.com and the NBC app.  Look for new episodes to premiere on the DOOL app every Thursday through the month of August and into the first week of September.

For more information on how you can download and get the DOOL app to stream the series and get more backstage and exclusive content from Days of our Lives,  visit TheDOOLApp.com

””Ron Carlivati wrote the series and told EW.com, about the exciting new way for fans to see their beloved characters: “I had to come up with a concept, something to enhance the show, connect to the show, but not be totally dependent.””’ That ^^^ says- Young writer Young Ideas.. Ron Carlivati was the Youngest writer when he saved GH, he is still the Youngest writer of the soaps.. I have said, for a very long time, the soaps need Young Writers if the soaps are to be saved.. This is the 21st century not the 70’s-90’s- things are very different… Read more »

SAVED GH?? The show still hasn’t recovered from the damage he did! At least the characters of Jason Morgan & Robert Scorpio have been redeemed, but Frodd & Ava are still stinking up the set, and this “Shiloh” dragonshit…. ReRon didn’t write it, but he might as well have. And as for what he’s done with Days… more stupid masks, more idiotic plots & writing out of character, more stupid DID storylines, and yet another serial killer written as a romantic lead. I’m the Devil, so I understand tormenting people, but ReRon is tormenting the people who ultimately pay his… Read more »

hi Satan ..
GH was on the chopping block..
It was deemed to be canceled, the numbers were very very low..
RC came in got the numbers up hitting 3 million= a save.. GH is still with us.

Like him or not he did a great job..

GH has had other writers since 2012 and none have done better.. It’s been their turns to shine and they’ve failed.
Every single head writer had the opportunity to change any character in whatever they liked.

I liked RC- he is still my favorite writer 😉
I’d welcome him back to GH ..

Spot on, Satan! The ReRon era instituted the near-total deconstruction of the once-great soap that was GH…Save for that deliciously colorful mother-daughter duo from “h#!!,” Britt and Dr. O., his characters were absolutely God-awful and added nothing of any value to the show. I only wish that when he left Port Charles, he would have packed up his dubious creations and taken them to Salem with him, and yes, that includes Ava, Frodd and Nina (both 1.0 and 2.0!!!)

Except Ron C. did not come up with this concept. British soaps have done similar web-based spinoffs and limited-run series for years.

So these mini episodes finally made it to HellCable…. and if you haven’t seen them yet, don’t waste your time.

the whole dumb idea is apparently to break up Chad & Abby again already.