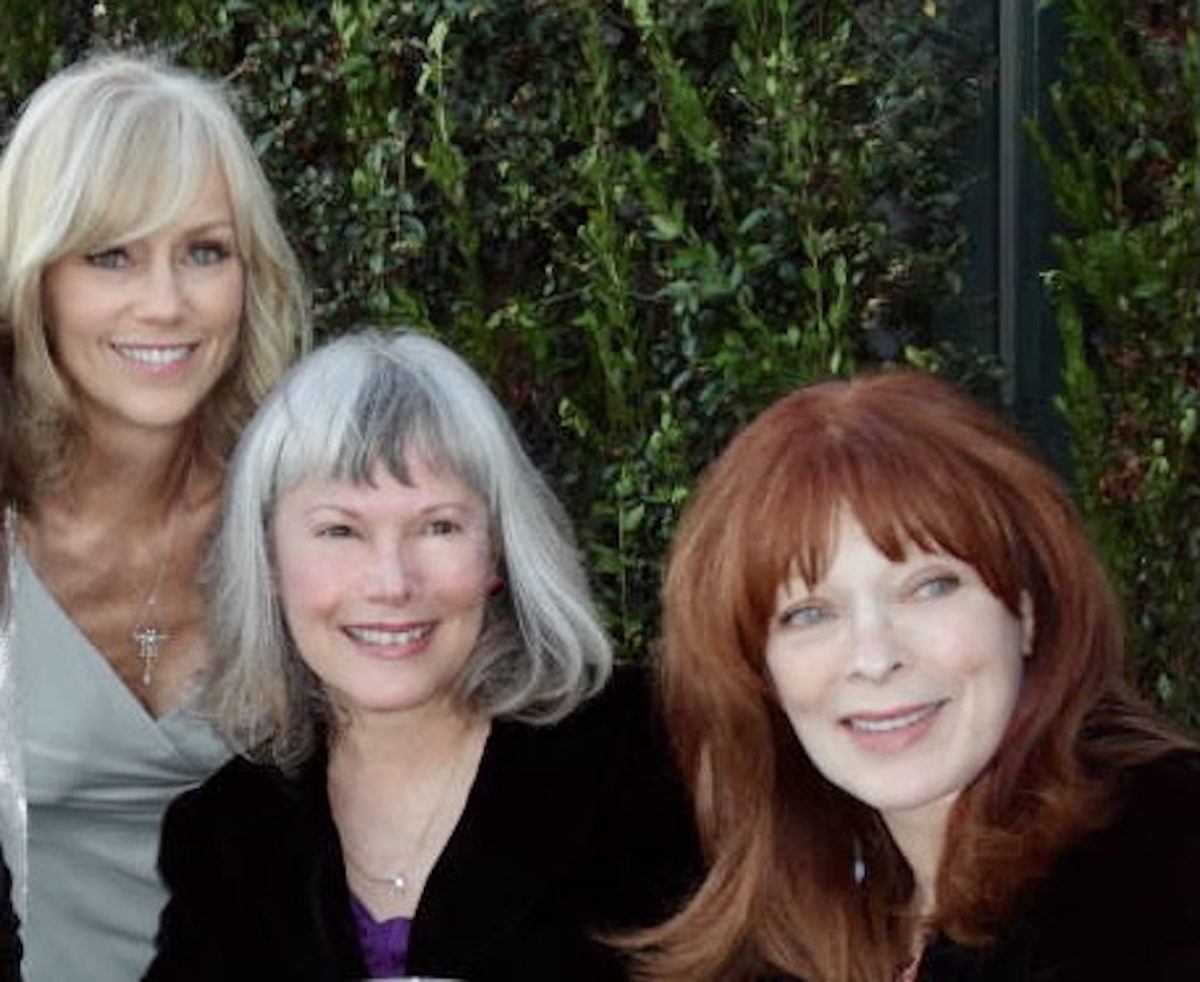 Three women who drove storylines, romance, and intrigue on the beloved Edge of Night will be together during a virtual conversation today, Thursday February 18th.

The three talented actresses, also known as “Edge’s Angels”, will reminisce about their time together on the murder-mystery driven Edge of Night, and look back at some of their other daytime, primetime and movie roles, and much more.

You can watch it live here

And to get you ready, check out this highlight reel featuring some of the memorable scenes between Terry, Frances, and Sharon over the years on Edge of Night below.

Then, let us know, where does Edge of Night rate among your all-time favorite soaps? Share your thoughts in the comment section.

I always had a soft spot for EON. I loved the format, darker themes, but still lots of family and romance. I absolutely adored Raven and Skye, whether they were loving or fighting. I think if soaps ever made a comeback, they would do well using a backdrop of mystery driven stories.

Sharon Gabet also played Melinda Cramer on OLTL. Years after she left, they killed the character off screen. What a waste. It would have been nice to see Gabet act opposite either Gina or Heather as Kelly Cramer.

There will never be another soap like TEON. Loved this show as a kid and Davis, Gabet and Fisher were always my favorites.

This conversation was so very interesting. It made my weekend, or maybe my whole month of February. Thanks Michael and Alan. I started watching The Edge of Night after Somerset was cancelled at the end of 1976. So I remember these actresses well, but have forgotten most of the storylines. I like how Terry said that she and Tony Craig would walk over to Sears to see the episode at 3:30. It was neat how Frances described the recording process. They did the scenes in order and they would watch each other’s scenes. Quite different from how soaps are created… Read more »