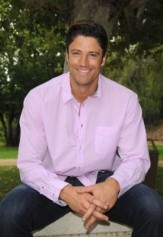 Soap Central’s annual Dankies, also known as the Soapcentral.com Awards,  has just announced their All-Soaps ballot so fans who are currently registered or who become registered users of the site can get in on the voting.  Help Soap Central name the best of the best of the soaps from 2010. The winners will be announced after balloting concludes on Sunday, April 25th, 2010. Eligibility period is performances and storylines from January 2009 through December 2009.   The final nominees were selected by site voters in individual show categories and now those top vote getters have moved on to this final ballot.  Here is a sampling of the nominations!

Dan J Kroll, the  brain trust  and founder of Soap Central shared with On-Air On-Soaps why the Dankies differ from any other type of online award recognition for the genre: “For more than a decade, soapcentral.com visitors have helped to pick the best of the genre. Sure, daytime has the Emmys, but this is something more special. I think what makes the Dankies so special is that the fans are involved in every stage of the process — from the nominations to the finalists to the winners. There’s no other awards process that allows this much fan involvement. ”

Aaron Refvem out as Morgan on GH!

No Michelle Stafford for lead actress? What the hell? Stafford is pretty much excellent in practically all her scenes. Can people accuse her of overacting or scene chewery? Yes. But no one can say she’s boring or phoning in it in any scene. I like the acting choices she makes when Phyliss stammers or begins to lose it. Everytime Phyliss goes after Sharon, it’s a lot of fun. Stafford can bring drama and comedy and meld them seamlessly in a scene. It was great when Phyliss threatened to tell people Sharon was a kleptomaniac, and then Sharon called her bluff… Read more »

I’m really bummed that Scott Evans and the Kish s/l were snubbed from the fans’ final voting ballot=( At least Brett Claywell won for best newcomer for OLTL, but it’s just not the same (no matter what bottomchef says otherwise to the contrary!)

But everything is subjective CLB.

And there are countless Emmy wins that are completely perplexing.

But there are countless Emmy snubs that are even worse. Still no Emmys or even nominations for Melody Thomas Scott, Katherine Kelly Lang, Colleen Zenk Pinter, Bobbie Eakes, Hunter Tylo and Kimberlin Brown!

as the world turns;luke and reid gets marryed at the end

I ALSO LOVED EDDIE ALDERSON AS MATTHEW. I LOVE NEW ACTOR ROBERT GORRIE. I ALSO LOVED SEAN RINGGOLD AS SEAN TOO. SCOTT EVEAIN I LOVED HIM AS MUCH I LOVE BRETT CLAYWELL. I DON’T CARE FOR MELISSA ARCHER OR FORBES MARCH OR MARK LAWSON SAME WITH MICHALE ESTON. I MISS BRAIN KREWIN AND JOHN BROTHERTON.