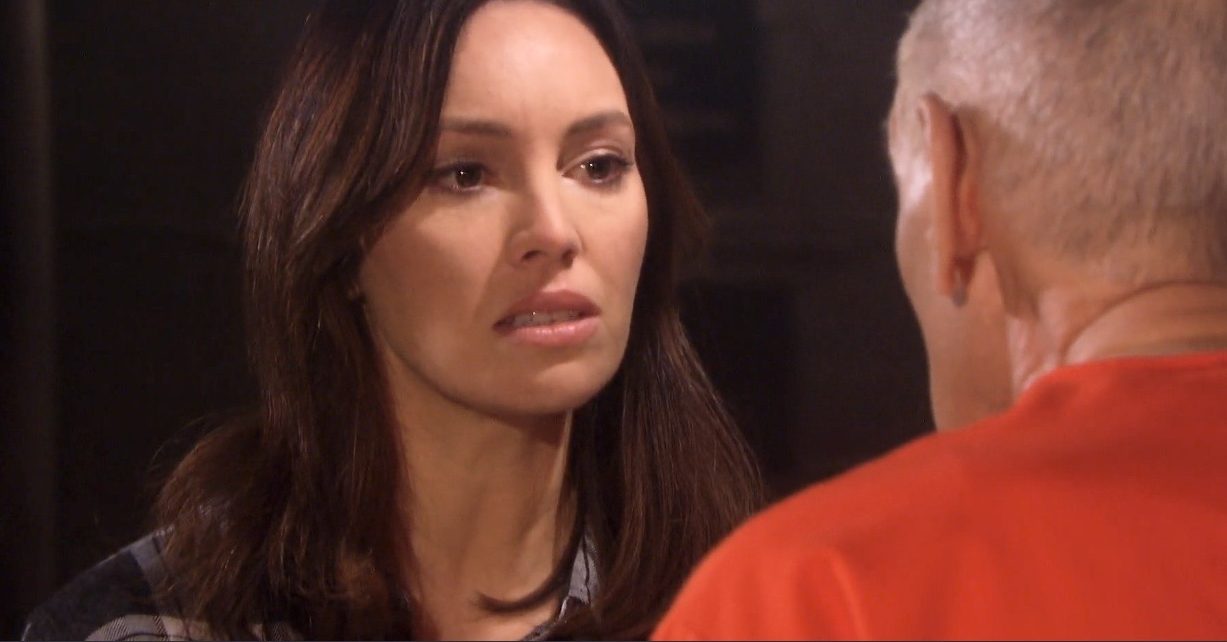 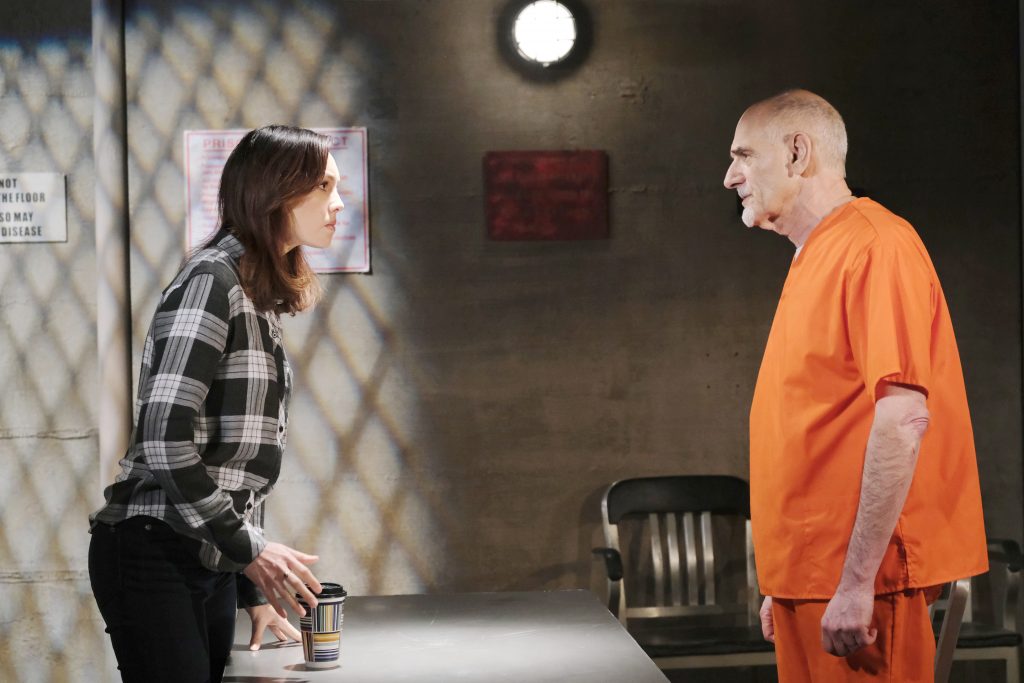 The only thing that Abigail has ever really done that could make somebody hold a grudge would be killing Andre DiMera. So what if Gwen was Andre’s long lost daughter… which is how she knew the name of Dr. Rolf, and had to track him down.

Of course this would be a little twisted considering Gwen has already been with Andre’s brother Jake (though admittedly she didn’t know he was at the time they met) and is now trying to get with his other brother Chad.

Andre became Stefano’s son about 666 rewrites ago. Not that it was ever logical that he & Tony could look like identical twins and NOT have the same parents in the first place.

Is Gwen really his daughter? Andre’s not admitting to it when I ask him. But she sure seems drawn to Stefano’s portrait… like only a family member could.

Andre’s daughter? Abigail did kill him. Can we have enough of the female psycho wanting revenge stories? Please? Eve, Jan, Kristen, Claire, Gwen…..ENOUGH!! It is very disheartening to see all these women alone, talking to themselves sneering “Im going to make you pay!!”

Totally agree. I don’t mind Ron’s stories but DAYS is definitely full of one-dimensional women characters. They’re crazy, evil, manipulative and/or desperately needing to be saved by men. It’s an unfortunate message to be sending in a medium watched mostly by women. Wondering if it is Ron or actually the religious right that owns DAYS – it wasn’t like this on GH and OLTL. Gaby and Ciara were strong, but now they’re gone.

I totally agree. This is the most “evil” soap opera program on TV. I’m really getting over it, their storylines, and I stopped watching it earlier this year but came back. Maybe, I should’ve stayed gone since I am tired of the regurgitating story plots.

I can’t stand this woman whoever the hell she is. I liked her on Y&R years ago but this time she gets on my very last nerve, especially that terribly annoying habit of biting on her nails while trying to make a point or whatever crap she’s spewing.

i certainly do not see a “connect” chemistry thing going on with Neither, Jake OR Chad. especially, Chad… now that Marci Miller is back… leave well enough alone. I hope Ron and Ryan ARE NOT giving her a place in this show to solidify? quack out and go. the one that i’m really have an “odd” time with is Jan Spears !?!? I certainly know the name… boy is she still stuck … her big hair… is it all Farrah? her cheap clothes. she’s trying to “slither” her charms… allure in dark places… she’s hissing all for naught. “don’t wear… Read more »

Maybe she is Stephano’s daughter.Who knows but the only thing I like about her is her accent.

I hear Gwen may be an unknown daughter of Jack’s who was conceived when he was gone all those years.
On another sour note, maybe foreshadowing, but seeing Kate and Jake together scares me. I like Jake and the idea of her seducing him into her bed, makes me sick to my stomach.