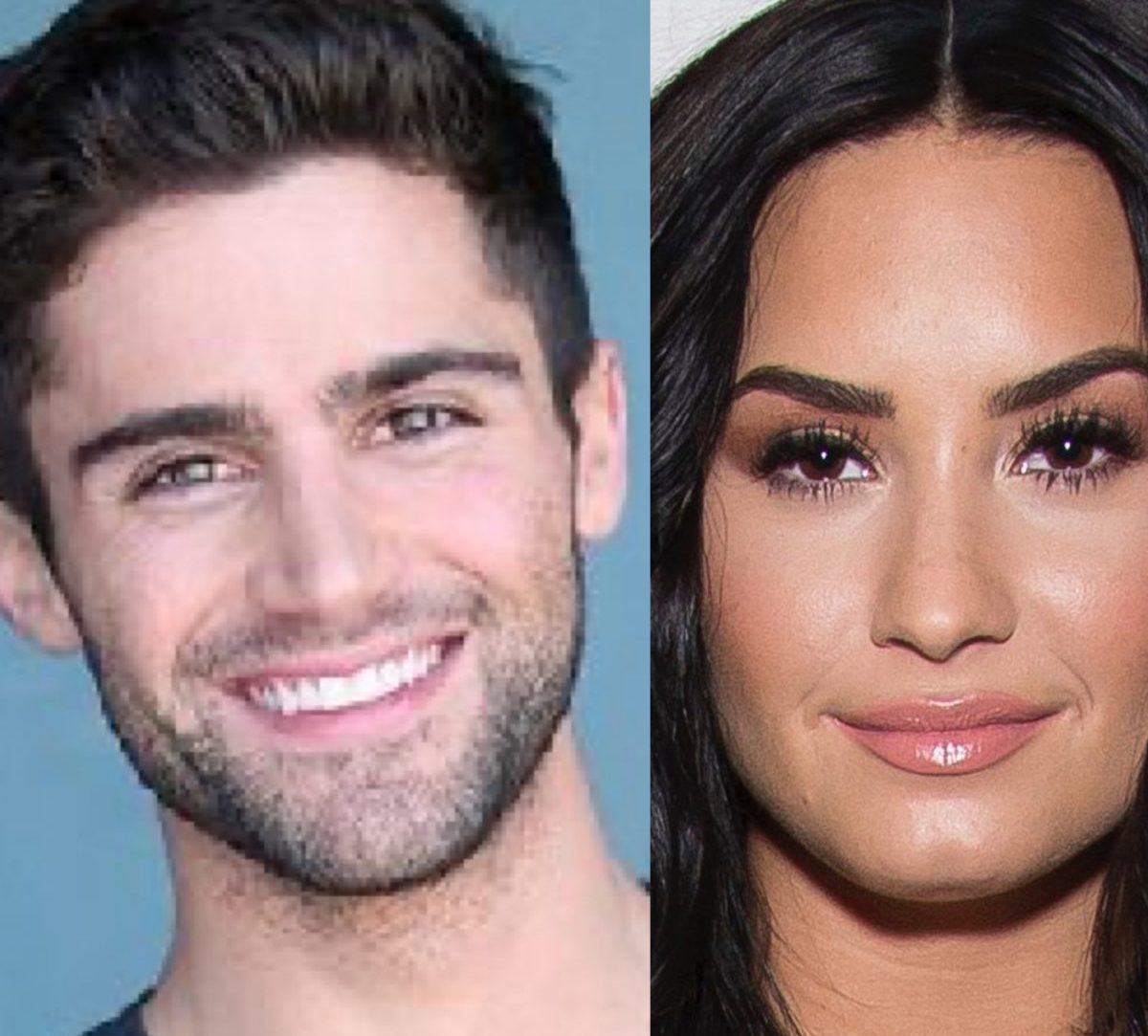 During an Instagram Live on Friday, October 2nd, former The Young and the Restless cast member and multi-Daytime Emmy nominee, Max Ehrich (Ex-Fenmore Baldwin) decided to say a few choices words on his break-up with pop singing star, Demi Lovato.  That included accusing her of using him as a “calculated PR stunt” and saying “I thought I found the real deal, now I found out I was being used.”

In one point during his IG Live, Ehrich shares: “It’s just the craziest thing. This is the most bizarre experience that I hope no one ever has to experience, ever. Because no person deserves to feel this way,” Then he brought up the break-up of Saturday Night Live’s break-up with Arianne Grande into it, saying “Pete Davidson didn’t deserve to feel this way. Do you think he wrote that text to Mac Miller? Ha. Open your eyes. It’s a calculated PR stunt, but my team is going to hate me for saying any of this.”

In addition, Max references Demi’s latest song “Still Have Me”- a song about their breakup that came out a few days ago.

Ehrich expressed: “I was in love. The whole world should freakin’ know it. I thought I found the real deal, now I found out that I was used. But I hope the song is number one, because you know what, if that’s what someone wants in the material world, here you go, you have it. I hope this makes you happy. Enjoy. You just lost someone who loved you fully, completely, infinitely, for everything.”

Then later on Friday afternoon, Max signed off on his Instagram account after he took heat earlier today from his IG Live comments.  Ehrich shared: “I’m truly not sure of how much more of the manipulated media & cyber-bullying me as a human being can handle before it’s too much to breathe.   I ask you kindly to please stop and see a hurting human being behinf this phone screen who just publicly had his heart shattered.:

Previously, on September 24th US Weekly confirmed that Lovato had called off the two-month old engagement to Ehrich.  According to a previous post on Ehrich’s Instagram Story he was blindsided by the split and learned about it on social media while he was filming his latest project, “Southern Gospel” in Atlanta.

So, what do you think about Ehrich taken to IG Live and Demi to the recording studio so soon after their break-up? Comment below.

not max ehrich dragging the ariana & pete situation in his mess.. also his acting is so bad pls pic.twitter.com/N3BAHddSRT

not max ehrich dragging the ariana & pete situation in his mess.. also his acting is so bad pls pic.twitter.com/N3BAHddSRT

All My Children Alum Ben Jörgensen Reportedly Dead At 51

max ehrich you read this, like i said earlier post on here, just let it go, she’s troubled and I knew this would ended up happening to you. Yes, her friends are now trying to trash you, so wrong, your a good guy. Move on and don’t get caught up on back and forth mess, shit or gossip. Move forward and don’t look back, let them talk -they are the ones that are bad ones, the low ones, no good heart nor common sense. As handsome as you are you deserve a better girl and you will find one! You… Read more »

I’m going to say this: Demi Lovato is a disaster to all she comes in contact with. She always blames everyone else for her problems. She cuts herself and blames others, she OD’s and blames someone else. She uses men like candy and blames her rough background. She needs serious help. SERIOUS HELP!! Max, unfortunately you got caught in that web. Walk away, get out your feelings on it and let it go. She is not worth your time or tears. Soon you’ll be just another performance on some attention getting platform. This is WHO she IS. Walk forward. Take… Read more »

Why would she use him, of all people? I think they both dodged a bullet, BIG time.

I think Y&R is glad he’s not on the show anymore. It’s a shame it had to go here.

Not interested—-Gimme a break!! It’s Hollywood!!
Albeit, I would like to comment on Nate and Elena—-please don’t start another who’s the daddy storyline—-I beg you!! Been there done that too many times to count—-This is the easy way for the demise of Devon and Elena as a couple, now that Hilary/Amanda is on the scene.