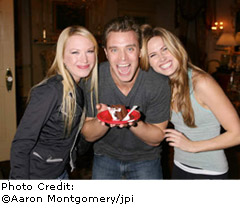 The number one rated daytime soap, The Young and the Restless celebrates today its 36th anniversary on the air on CBS. The series premiered on March 26th, 1973. With its stellar cast, dramatic storyline and rich history, “Y&R” stands as one of daytime’s most treasured programs.  On-Air On-Soaps wishes all our friends and colleagues in Genoa City it’s best wishes for another 36!

Related Topics:AnniversarycbsNewsThe Young and the Restless
Up Next

Eden Riegel back taping at "AMC", Braun to exit!