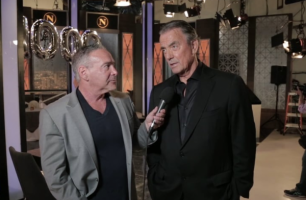 Recently on The Young and the Restless, Eric Braeden (Victor) illustrated to all of us why he is still one of daytime’s greatest icons.  Braeden is able to balance the strength and determination and treachery of Victor Newman and juxtapose it against his heartfelt love for his family and his deep emotional ties with them.  Never was that more apparent than in the complex final scenes between Braeden and the exited Justin Hartley as Adam Newman.  In those scenes, centered around the recent 11,000 episode of the top-rated soap, Victor and Adam share a gut-wrenching emotional farewell.

On-Air On-Soaps chatted with Eric Braeden at last week’s Y&R 11,ooo episode on set celebraton at CBS Television City where he chatted about Hartley, and Eric’s admiration for the cast, the writers, and you, the loyal fans, of the 43-year-old series.

On his final scenes with Justin Hartley, Braeden related: “Justin Hartley is a wonderful actor to work with.  I miss working with him and the show will miss him.  He’s a man’s man, and a damn good actor.  Those were heartfelt scenes, primarily in lieu of the fact that Victor and Adam had a critical relationship before … never a good one, and often misinterpreted by the audience.  It was a wonderful storyline, and it was heartbreaking.”

As for the writers who continually have to juggle multiple storylines and so many characters, Eric expresed: “I have a deep, deep admiration for writers, to come up with this stuff every day, year end and year out, and for over 25 characters. It is extraordinary.  I don’t know how they do it.”

In addition, Eric has been teamed with Elizabeth Hendrickson as Chloe sought her revenge against Adam and teamed with Victor originally to do it.  Eric on working with her shared, “Elizabeth is wonderful, and so is Melody Thomas Scott (Nikki), and so is Melissa Claire Egan (Chelsea), and Melissa Ordway (Abby) and I adore working with Amelia Heinle (Victoria.)  It’s a wonderful cast.”

Eric was very heartfelt when detailing his admiration for the audience who tunes-in every day to watch Y&R:  “11,00o shows is an extrordinary accomplishment in this town, and 27 years at number one.  I have been doing this show for 36 years,  There are moments when it really hits me and you think of our loyal audience out there.  I have been on Twitter for awhile and I enjoy that.  I have learned by interacting with the audience, whenever we make public appearances, to respect what I do more.  One tends to become cynical in Hollywood, and then when you realize what effect what you do have on the audience, then you become less cynical.  This show is entertaining millions of people all over the world, and that is humbling … it really is.  I’m a lucky bastard.”

Watch Eric’s Video interview below and then let us know what you thoughts of Victor’s last scenes with Adam, and Braeden’s sentiments on the long-running and enduring audience of The Young and the Restless in the comment section below!

RATINGS: Days of our Lives Gains The Most Viewers!

I was going to give him the benefit of doubt

couldn’t understand a word he uttered

I hated seeing Justin Hartley leave !!!!! Especially , the heartbreaking way it developed and ultimately ended. Love to see Chelsea and Nick unite. Can’t wait until Chloe gets what she deserves !!! Would love for Bella to be Kevin’s and he and Miranda raise her.

It would be nice if Kevin was the father. He would, I think make a wonderful father. I am still waiting for the Sully issue to come to a head. Since Chelsea has known for a while that Adam, and not Nick, is Sully’s father, when the whole truth comes out, I don’t think Nick will want to bother with Chelsea. But than again, he did promise to watch after Connor, so that could make things pretty interesting. Chole will get hers soon enough. And of course when the truth about Sully comes out, Sharon is going to completely crack. It’s now a question of waiting and seeing who will crack first. Maybe they’ll go together and share a room

I LUVS Eric/Victor..
He is indeed the heart & soul of Y&R..
there is no significance of Y&R without da`man …

Justin Hartley will be greatly missed. He is a wonderful actor

fact;
Justin is too tainted for Y&R..
He is young and he should not be stucked in a soap opera for 20 years..
He made a great decision to fly ..

I miss Justin,hey did anyone ever catch Eric in Titanic??

Hartley jumped to one of the hottest shows on PrimeTime. Good for him. As soaps flounder, he knew when to get the hell out! 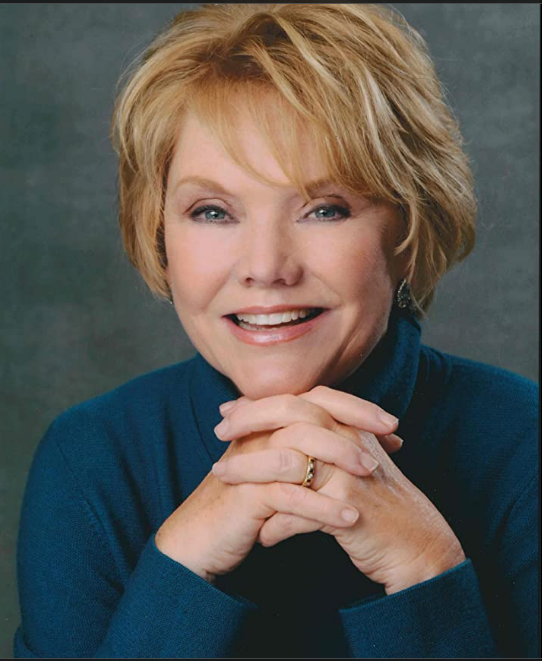 As a precursor to, and now post-script to last night’s The Story of Soaps special on ABC, One Life to Live’s leading lady and six-time Daytime Emmy winner, Erika Slezak, chatted with Michael Fairman in a very special virtual conversation on You Tube’s Michael Fairman Channel  prior to the airing of the two-hour event that look into the history and the world of daytime and primetime soaps.

Erika appeared within the primetime special along with many other notables from the world of daytime. 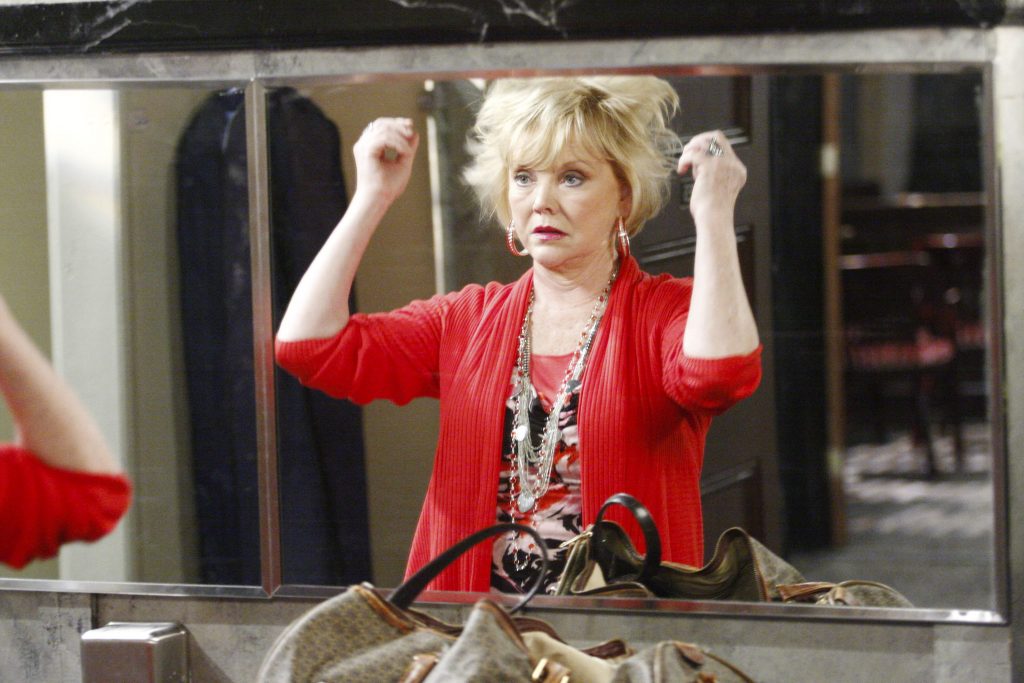 Chatting from her home in Connecticut, Erika talked candidly about her beginnings on the ABC soap when she was first cast as Viki, and how her early castmates helped her through that challenging time. She also discussed the importance and challenges of playing Viki’s DID storyline where she played multiple alters, and, of course, her longstanding on-screen rivalry with frenemy Dorian Cramer Lord played by Robin Strasser.

As fans of One Life know, Viki certainly had her share of husbands over the years, and you will learn Erika’s thoughts on working with several of them from: Mark Derwin (Ex-Ben), to Brian Kerwin (Ex-Charlie), to Roy Thinnes (Ex-Sloan) and more. 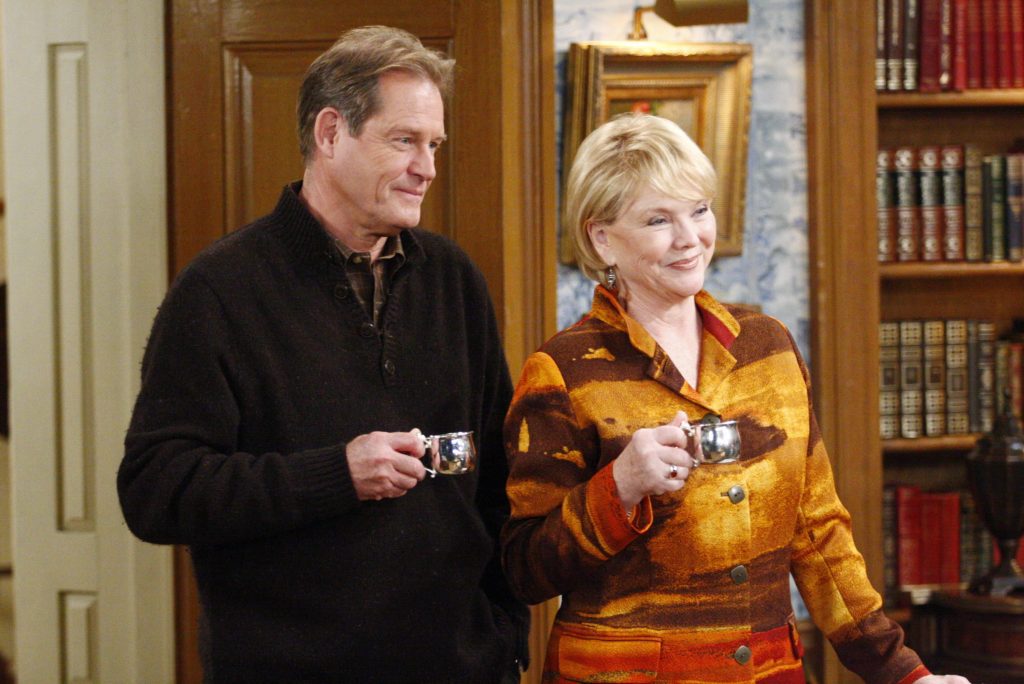 But what was life like for Erika, playing the moral center of One Life day in and day out for over 42 years and the responsibility that comes with that? She weighs-in on that as well.  Later, the discussion turns to her emotional final day of taping at ABC’s OLTL following its cancellation, the move to Prospect Park, and if she would ever consider working on another one of the four remaining daytime soaps. 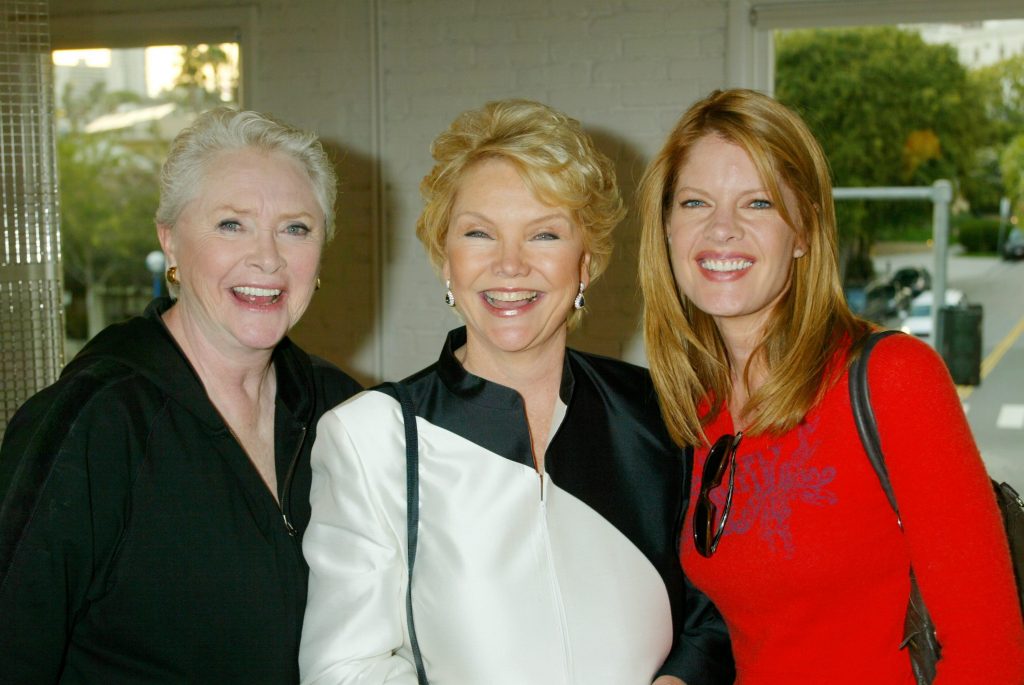 Slezak has won the most Daytime Emmys of any actress, and she recalls the time she was nominated with 7 other actresses in the Lead Actress category and the start of the annual “Ladies Lunch” with the nominees via Susan Flannery.

For a deep-dive conversation into the genre with this soap legend, check it out below.

Then let us know if you were thrilled to see Erika, and hear what she had to say via the comment section. 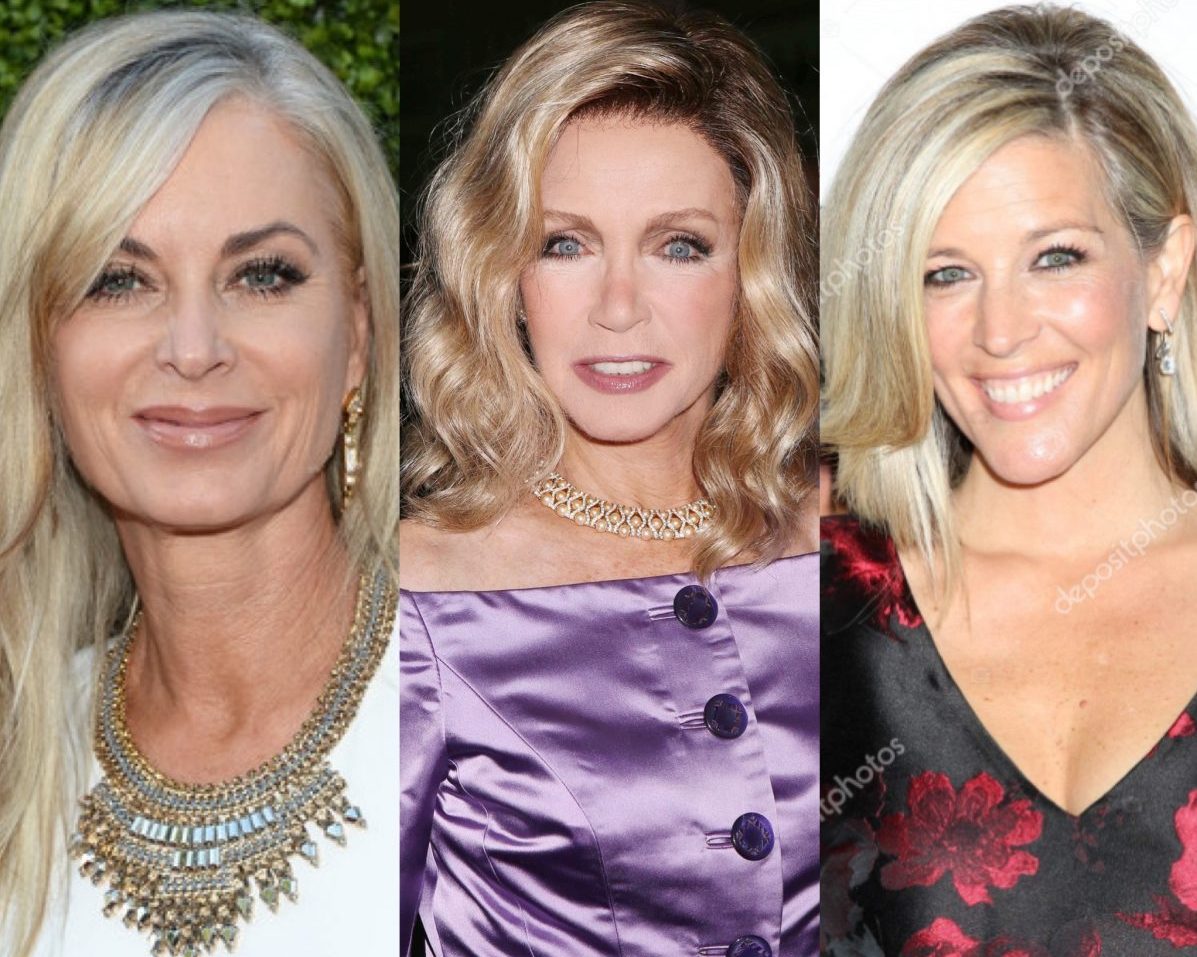 Three of the most recognizable names in the soap opera genre, Eileen Davidson (Y&R, Ex-Days, Ex-B&B, Ex-Santa Barbara). Donna Mills (Knots Landing, Ex-Love is a Many Splendored Thing, Ex-Secret Storm) and Laura Wright (General Hospital, Ex-Guiding Light, Ex-Loving, Ex-The City), chat with Michael Fairman in this virtual conversation about their careers working in front of the camera on daytime and primetime soaps.

Each of the actresses appear on ABC’s “The Story of Soaps” two-hour special airing on Tuesday night May 19th (9 p.m. EST). to which this interview is a prelude.

From her role as Abby Cunningham Ewing on Knots Landing to her role as GH’s Madeline Reeves, Donna Mills shares memorable stories from her career, and from her role as Y&R’s Ashley Abbott to playing five roles on Days of our Lives from Kristen DiMera to Susan Banks, Eileen Davidson recalls her start and the time she played five roles at one time, while bringing to life Carly Corinthos on General Hospital every day is a joy shares Laura Wright from her early start on ABC’s Loving which changed the trajectory of her life.

We hope you enjoy this exclusive on The Michael Fairman Channel.

Watch Eileen, Donna and Laura below!  Then let us know what was your favorite moment or tidbit from the conversation via the comment section 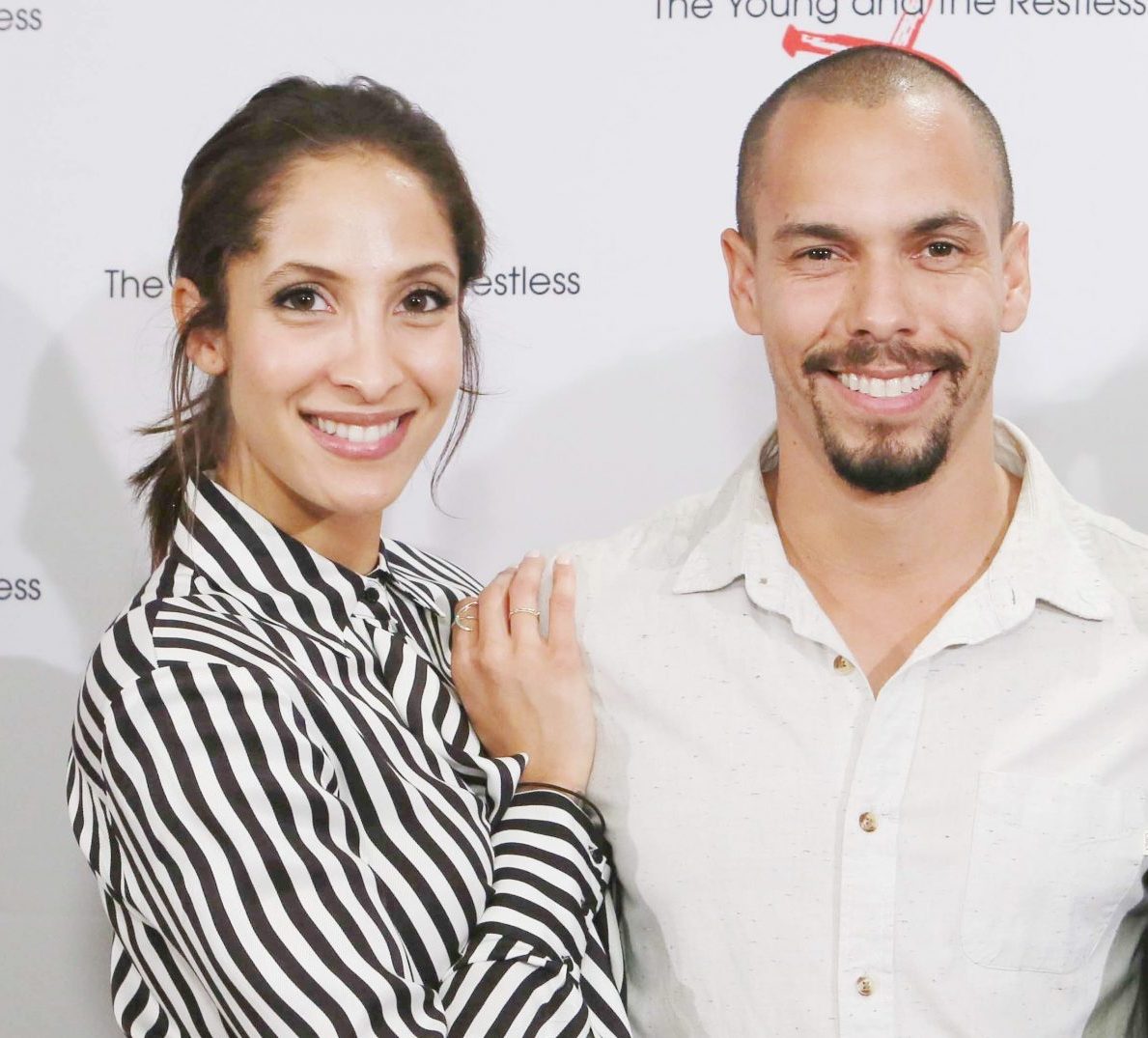 This week, The Young and the Restless continues its theme weeks as they run encore presentations from their vault of memorable episodes.  Airing May 18th through the 22nd,  it’s “Winters” Week featuring classic moments featuring the talented on-screen family played over the years by the late Kristoff St. John (Ex-Neil), Victoria Rowell (Ex-Drucilla), Shemar Moore (Ex-Malcolm and two performers who grew up in the show before our very eyes: Bryton James (Devon) and Christel Khalil (Lily).

Y&R has run out of original episodes due to the TV production shutdown in Hollywood due to the coronavirus pandemic and until they can resume taping safely; they will continue to feature different characters, families and couples from Genoa City. 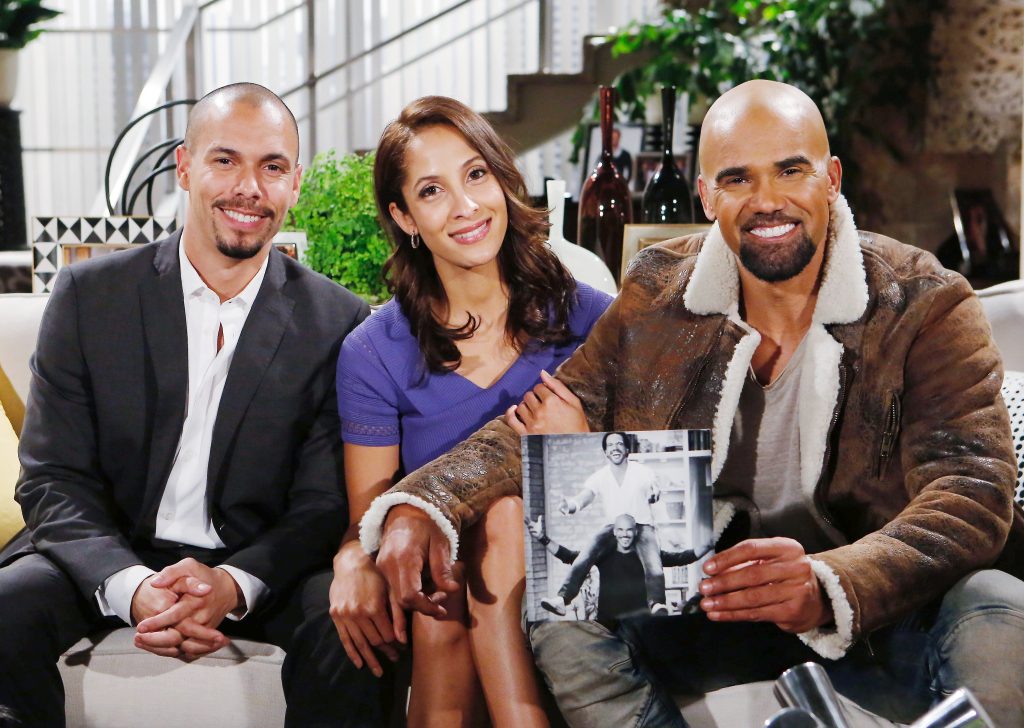 Michael Fairman chatted with Bryton and Christel in a virtual conversation for the Michael Fairman Channel on You Tube; where the brother/sister act share remembrances of filming some of the episodes fans will see this week including:  Lily and Daniel running away to California, Devon being lost in the zoo, and in another installment lfinally being adopted by Neil and Dru, and more. 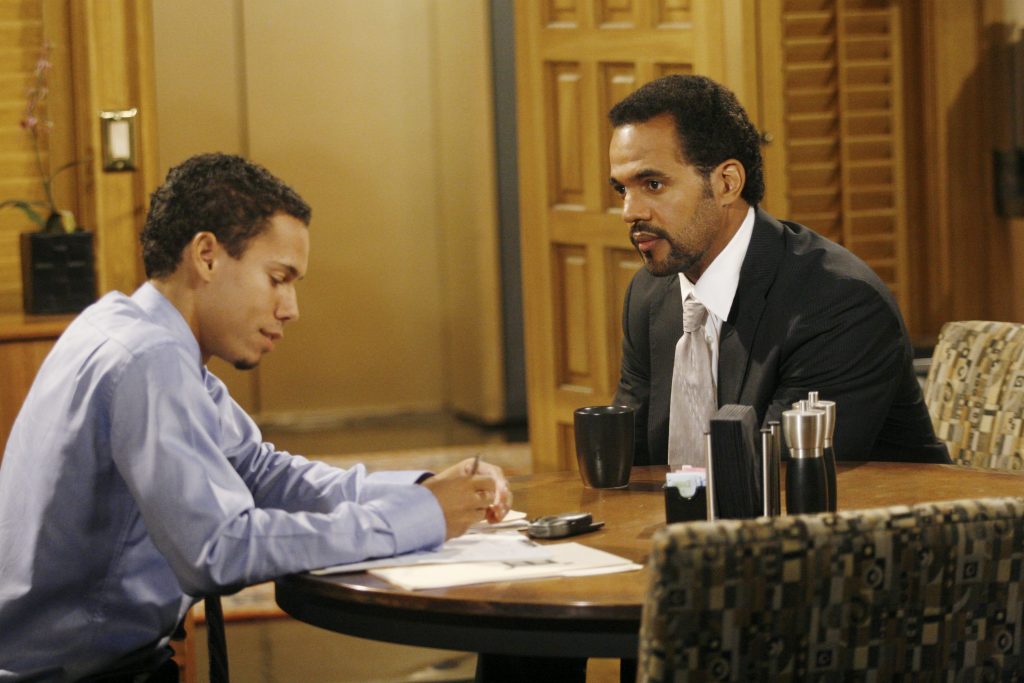 Viewers should also look for Kristoff St. John’s first Y&R episode and when Neil’s estranged brother, Malcolm arrives in Genoa City to be part of the week. 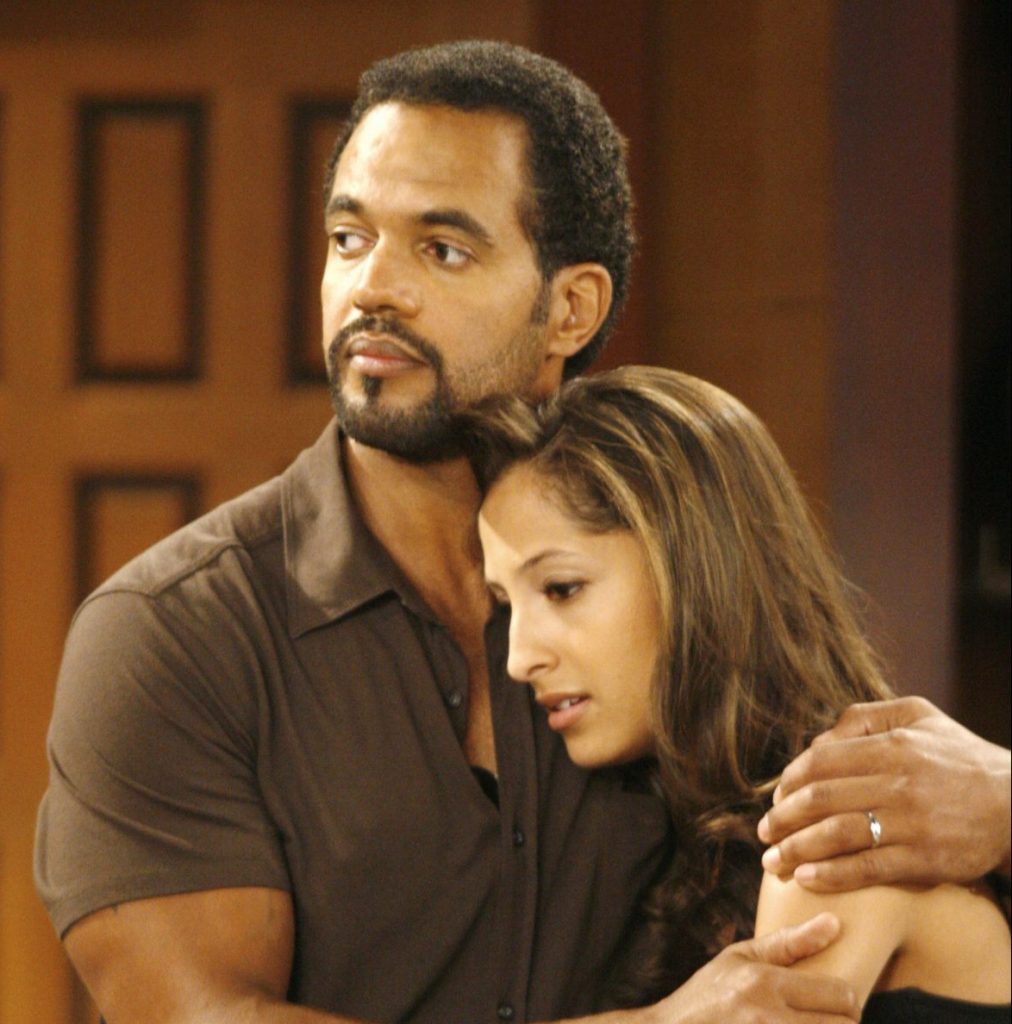 During their conversation with Fairman, Bryton and Christel also reveal some humorous backstage stories of working with one another, plus where their characters are headed now, and  how knowing and working with Kristoff St. John, (who died tragically over a year ago), meant to them.

Check out Bryton and Christel’s conversation below, and then let us know what has been your favorite Devon, Lily or Winters clan moment over the years via the comment section below.