The final ABC Super Soap Weekend was very bittersweet for soap fans that have converged at Walt Disney World in Orlando, Florida for the last thirteen years to get a glimpse, and up close and personal with their favorite actors and actresses from the ABC Daytime line-up. Many of those sentiments were echoed by the actors as well, who have enjoyed the tradition of the event.

“On-Air On-Soaps” special coverage of Super Soap Weekend features video interview clips with the stars and the fans, and behind-the-scenes footage. Check out the two-part feature on what your favorites had to say as well, in the special SSW Star Round Up. And don’t miss the photo gallery below, with memorable moments from the final Super Soap.

Highlights of the weekend included The Casting Call, hosted by Cameron Mathison, where members of the audience audition with our host for a spot in the finale opposite another leading man from the soaps. In the edition we attended, “OLTL’s” John-Paul Lavoisier, was the guest star who brought the ladies to their knees. Over at the Super Soap Talk Show, Bob Guiney, hosted cast talk shows and special group panels from, “Heartbreakers” to “Schemers”. Throughout the day, motorcade processions, featuring the stars with Disney’s most recognizable characters, drove down Hollywood Blvd to the Hat stage where they were interviewed for the outdoor crowd. Of course, all the autograph lines were hopping. Those who got in line in the wee hours of the morning scored a “Fast Pass” so they could collect lots of memories and signatures as quickly as they could.

The Colgate Total Triple Play Game Show, with host John-Paul Lavosier, tested actor’s ability to play charades and soap trivia that always brought down the house. The event closed each night with the Street Jam, where stars performed musical numbers that wowed the packed crowd well into the night. From Ricky Paull Goldin’s, Magic Carpet Ride, to Bobbie Eakes 60’s revolution, and Susan Lucci’s Tango, it was sad to have the final curtain come down closing the festivities for good.

All Soaps Now On Production Breaks Due To Coronavirus 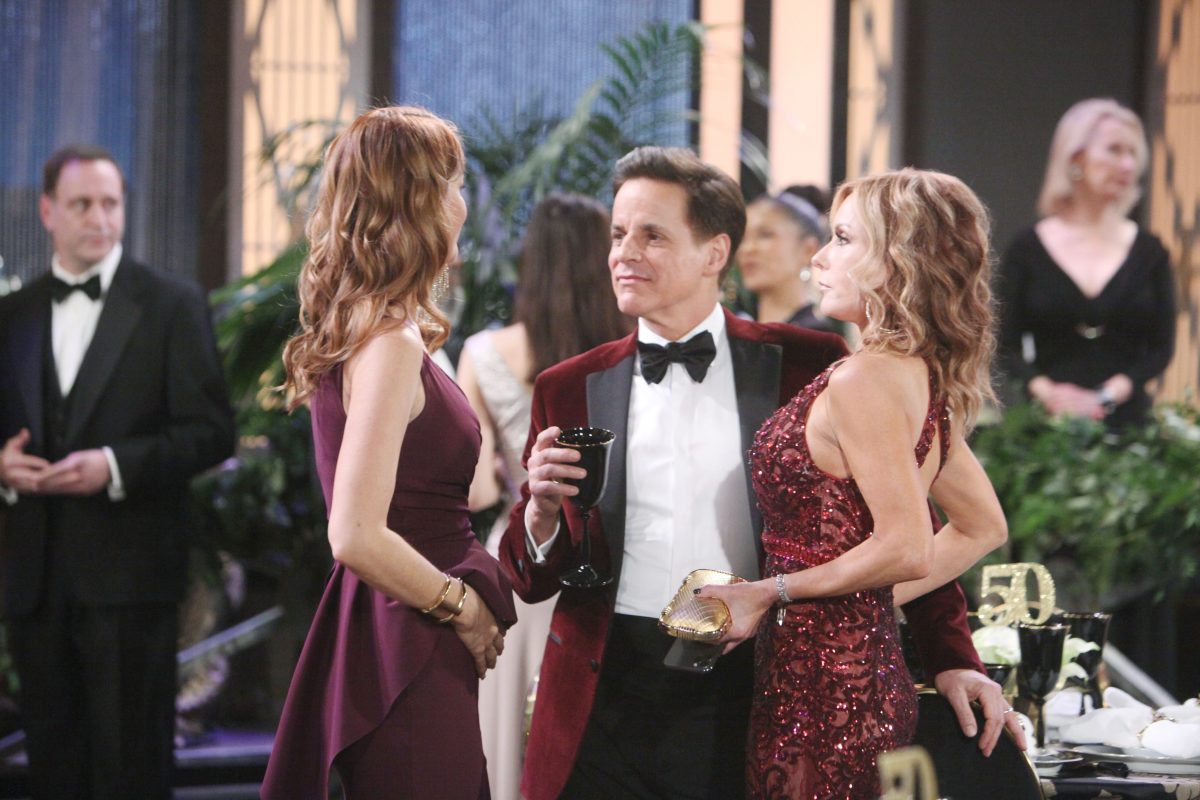 Over the last 24 hours there were more production shut downs in Hollywood, and the announcements that both The Young and the Restless and The Bold and the Beautiful have both halted taping new episodes for the time-being due to Coronavirus precautions. Both CBS Daytime dramas tape at CBS Television City , where as of Tuesday March 17th, work has stopped at the soundstages.

Production is predicted to resume after two weeks. As of now, this will not impact viewers at all as the series tape weeks ahead of air. Obviously, since the COVID-19 pandemic is ever-changing updates to this may happen along the way if production does not swing back in full a month or so from now.

DAYS head writer Ron Carlivati noted: “We have also halted production but we already taped Halloween and some of November sweeps so there will be plenty of Days of Our Lives for the moment. Next week I am writing Christmas”

General Hospital was the first soap to note they will be shutting down production last week as more and more businesses and life, in general has come to a halt, and we all do our part to try to control the pandemic.  The ABC daytime drama is taking a break through April 10th

What do you think about the soaps taking some time for the safety of all; and putting production on hold? Comment below. 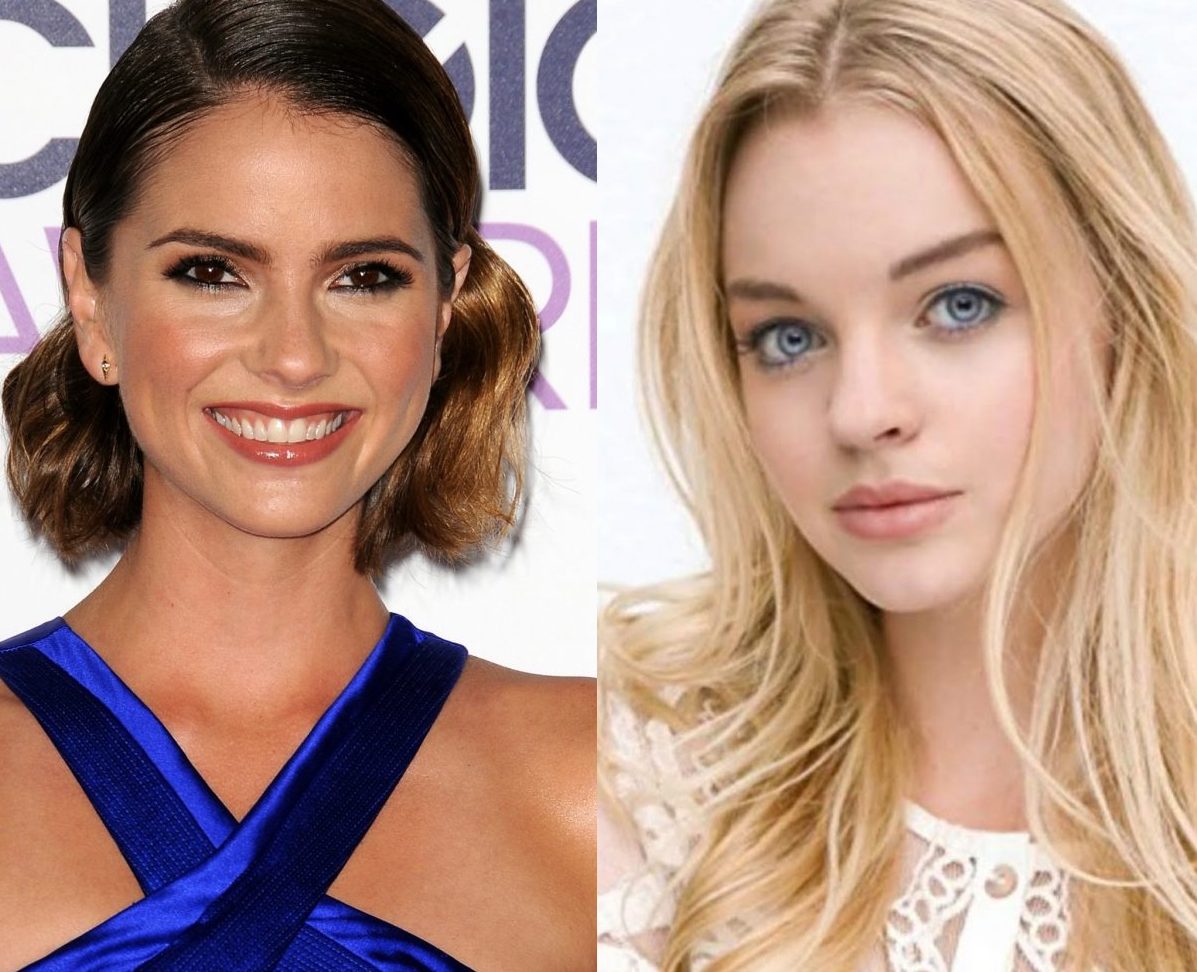 Looks like former Days of our Lives stars Shelley Hennig is on her way back to NBC! While another Salem alum Olivia Rose Keegan is set to appear on Disney+.

Keegan will appear in High School Musical; Season 2 and will take on the recurring role of Lily. According to TV Line:  Lily is “an energetic and adorable East High freshman whose sweetness masks her insecurity and highly competitive nature.”

Henning has been cast in the leading role in NBC’s new comedy pilot, Crazy For You.

In the comedy, the role of Daisy (Hennig) who, with her life stalling, re-enters the dating scene only to discover that while she was out of the game, the game sort of, totally, completely changed. Realizing she is a bit rusty at being “normal” and “appealing” on first dates, she’ll need the support of her friends as she strives to succeed while being her true self in today’s quick-to-dismiss dating culture.

According to Deadline: Hennig’s Daisy is the sweet and charming assistant at a publishing company.

So what do you think of Shelley and Olivia’s new roles? Comment below.