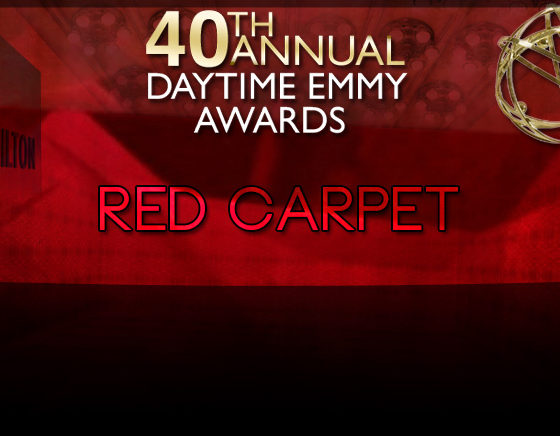 From All My Children’s Vincent Irizarry, Cady McClain, Sal Stowers, Denyse Tontz, Heather Roop, and Rob Scott Wilson, to Days of our Lives’ James Scott, Suzanne Rogers, Lauren Koslow, Greg Meng, and Peggy McKay, to General Hospital’s Jason Thompson, Ron Carlivati, and Frank Valentini to One Life to Live’s Erika Slezak, Melissa Archer and Tuc Watkins, to The Young and the Restless Doug Davidson, Michael Muhney, Michelle Stafford, Jess Walton, Corbin Bernsen, Jeff Branson, Max Ehrich, Bryton James, Kelli Goss, Hartley Sawyer, Hunter King, Melissa Ordway and Catherine Bach, to The Bold and the Beautiful’s Scott Clifton and Darin Brooks, to the 40th Annual Daytime Emmy Award telecast executive producers Gabriel Gornell and NATAS’s David Michael, watch and listen to what these performers and creatives had to say about their Emmy night jitters, what they remember most of Emmy night’s past, (especially if they were a past winner), a preview of what’s next for some of their characters, and some fun tidbits and impromptu unexpected moments!

Let us know what your favorite red carpet video interview was by posting your thoughts in the “Comment” field below. It’s hard to believe that the 40th Annual Daytime Emmys have come and gone, but trust us! The “Red Touch Red Carpet” went by even faster! We hope these videos will live as a celebration of Emmy night 4-0 with our colleagues who represent some of the best in the soap opera genre!