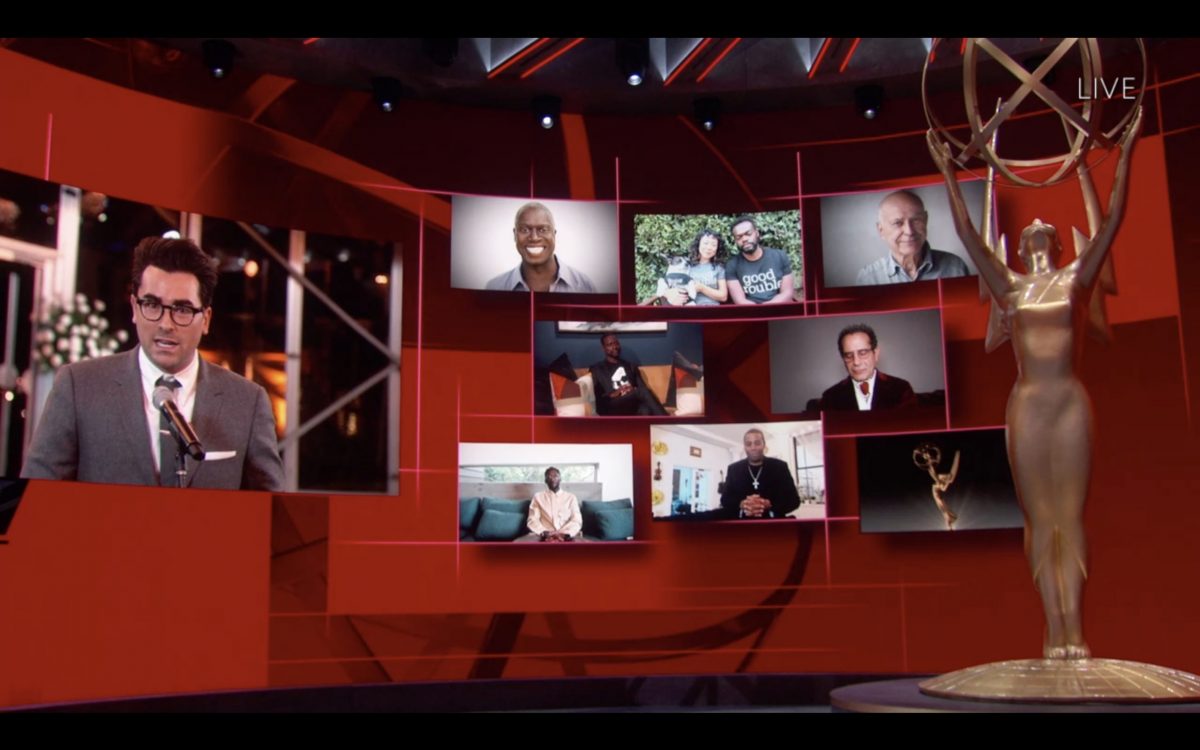 The first ever virtual Primetime Emmys were held last night amid the coronavirus pandemic with host Jimmy Kimmel presiding over the proceedings in an empty Staple Center in Los Angeles and nominees streamed in from locations in the United States and around the globe.

After the dust settled, Canada was having quite the night with the clean sweep by Schitt’s Creek in the comedy categories.  The series, which ended after its sixth season, saw all of its nominated stars win in all the comedy performer categories: Dan Levy, Eugene Levy, Catherine O’ Hara and Annie Murphy.  Dan continued to be on a hot streak also taking the Writing and Directing categories..  The show then won the Comedy Series award.  The impressive night for Schitt’s Creek make it a record-breaker with seven trophies in a row.  That, coupled with their two wins during the Creative Arts Emmys, set the new record for most Emmy wins. 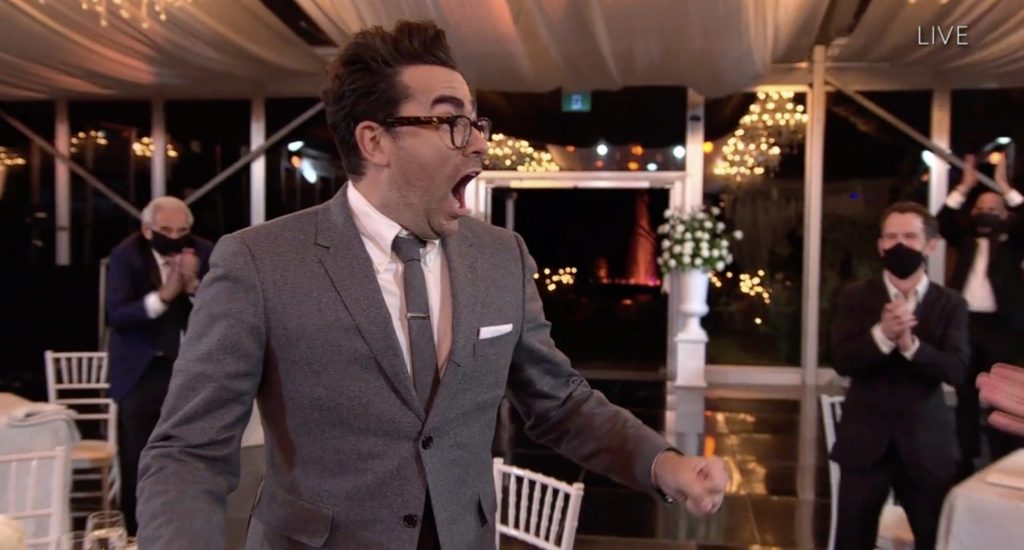 In the drama categories it was Succession which racked up four major awards including: Outstanding Drama Series, Outstanding Lead Actor for Jeremy Strong, and in the writing and directing categories. 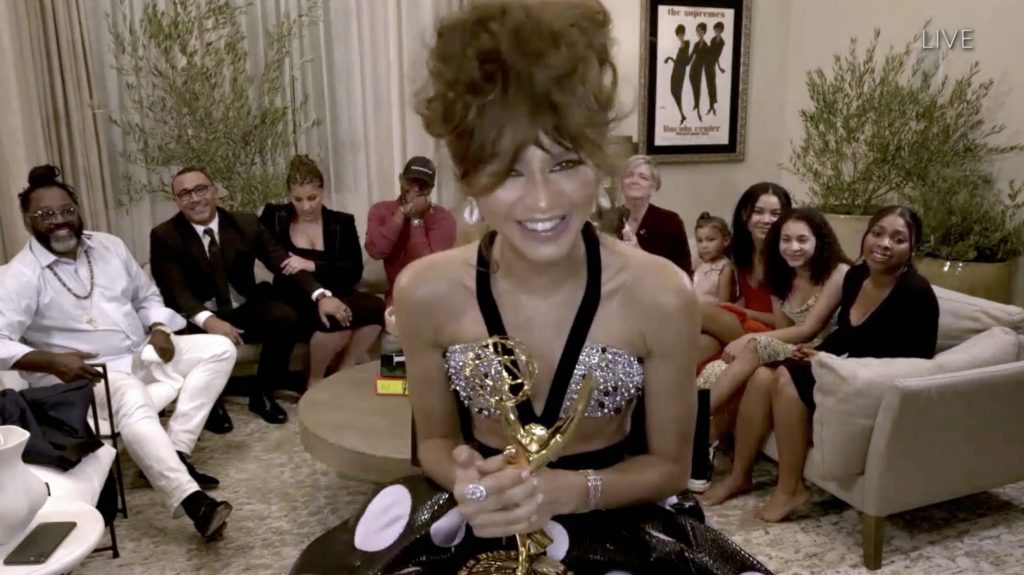 Zendaya bested some heavyweights in the Lead Actress in a Drama Series for her work in Euphoria making her the youngest winner in this category in TV Academy history at 24. 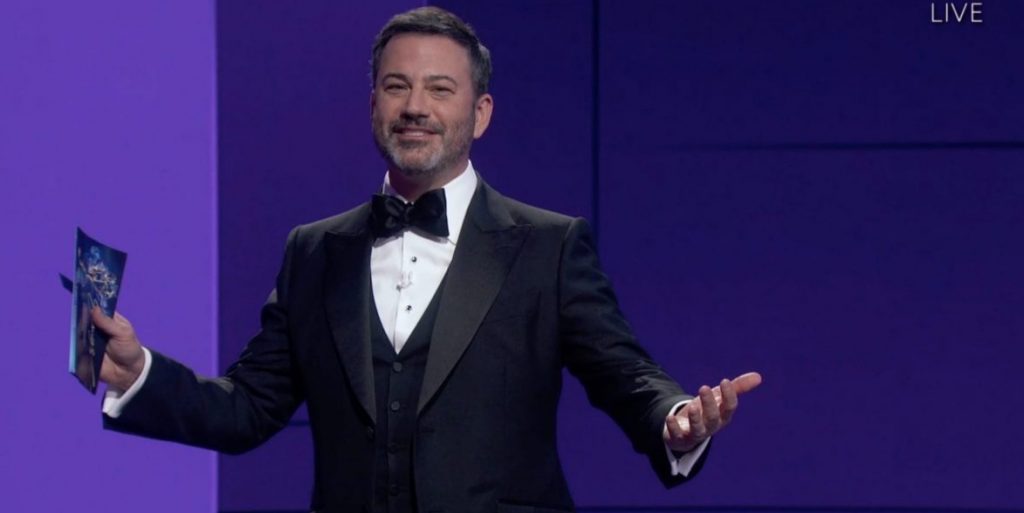 The complete list of winner’s from Sunday night are listed below.

I AM SO HAPPY ! finally, AT LAST – a show was given it’s DUE recognition this is from Canada AND found it’s way to a little unknown cable POPTV. yeah they featured soap opera… THANKS TO THAT ! the FULL shebang ! the whole enchilada ! SNAP partay ON Catherine O’hara is “goddess” like. An LGBTQ ICON… ‘GRAND’ as ever to win especially for comedic LOVE the father and son in real life that brought to life MUCH TO DO high brow camp chic pleasantry daring glowering about you MIX your camp w/Intellect… hoot hoot Schitt’s Creek : WOW… Read more »