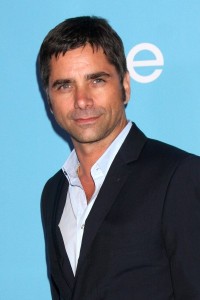 80’s soap opera is making a comeback on cable TV with none other than former GH star John Stamos (Ex-Blackie Parrish).

Deadline is reporting that Stamos has partnered with producer Craig Zadan and Neil Meron for a cable drama series chronicling the fame and excess of daytime soaps in the 1980s.

The untitled drama, now in early stages of development, will be inspired by the experiences of Stamos, whose acting career was launched in 1982 when, at the age of 18, he landed the role of Blackie Parrish on the ABC daytime drama General Hospital.

Described as “Boogie Nights in the soap world,” the drama will explore the colorful and often dark world of soaps as it follows the journey of a young man thrust into soap stardom, during a decade defined by Reaganomics, greed, excess, indulgence and materialism. As a newly minted teen idol, he will struggle to balance his family life, working at his fathers restaurant and maintain his humble upbringing while navigating the temptations of sex, drugs and fame.

Stamos will executive produce alongside Zadan and Meron through the duo’s Storyline Entertainment. This is the latest collaboration for Stamos, Zadan & Maron who previously teamed to produce the Emmy-nominated miniseries Beach Boys: An American Family and the TV movie, Martin and Lewis.

Zadan and Meron are prepping their next NBC musical, Hairspray Live! and are working with Aaron Sorkin for NBC’s first live drama, a 2017 broadcast of A Few Good Men.

The news of this 80’s soap opera themed concept is not the first of its kind.  GH’s Kimberly McCullough has also been hard at work at her “Hey Day” project which is about a young actress trying to make it in the soaps during this decadent decade.

What do you think of the 80’s soap build around the life and times of  a young man influenced by Stamos’ early soap career?  Share your thoughts in the comment section below!

Sally Sussman Officially Confirmed As Head Writer At The Young and the Restless!

it sounds like must see tv to me, this is a great idea, and if its on cable then it can be more racy, a behind the scene of a soap, w/ a hot young new comer, drugs, excess, fame, if done right it could be juic;y.!

love it , good writing, acting and creativeness is better then these stupid reality shows.

Really? This is basically the idea Kimberly McCullough had years ago. Come on now…

What would be truly wonderful is if they could get some actual soap stars to be in this soap. What are Kim Zimmer or Erika Slezak or Susan Lucci doing??? How about Robert Newman or Matthew Ashford??? Hey a soap fan can dream can’t he???

Zimmer and Newman are doing off broadway now. Lucci just finished Devious Maids (she would be PERFECT.) Ashford is on The Bay now on Amazon but actors these days can pull double duty.

I love John…and I love this news. What I don’t love is his Julius Caesar hair cut/do. All he needs is a circlet of laurel leaves.

Too funny, CeeCee!!!! Speaking of coiffures, what did you think of Scotty and Julian’s dueling examples of bad hair days on Thursday’s GH episode? As they stood side-by-side in the jailhouse, it was all I could do to stifle my laughter at these overgrown boys with the juvenile-looking top thatches!

HaHa, Shay. I think Scotty’s hair ‘swings’ that way naturally. On him, it looks cute in a boyish -kind-of -way…it suits him.
Julian’s? So not natural !!

Cee, John is so handsome he could have a mohawk and the chicks would still be dialing his digits!

This show sounds almost identical to the show that Kimberly McCullough has been promoting. Coincidence? Hmm.

I was thinking the exact same thing as you.

Where was he when GH needed some support for their 50th anniversary show.

I will support Kimberly 100% but not Stamos, I will not be watching.

No one will be watching. Because no one cares about daytime soap operas any more.

Yelp!!!! A total rip-off. Why did his project get approval and not Kimberly MCcullough?

It would be great if the series was broadcast in daytime instead of prime time. Late afternoon would be preferable.

I hope it works out for John. I would tune in. I hope it catches on and he sticks it to Valentini for not including Blackie on the 50th anniversary program!.

Hi, my Timmmy.
Why was John called Blackie? Was there a story behind that name? I must look him up. I don’t like doing it, though.
Was he ‘attached’ to a core family? I just know him as “Uncle Jesse”….. Love that show; even as an adult.
Later, Timmmy.

I understand that they call him Blackie because of his jet black hair.

Dealing with the hurt and of Laura missing, Leslie and Rick Webber adopted Blackie Parrish. I dont ever know that anyone questioned why he was called Blackie? You think the Webbers would have asked when he was adopted what his real name is? I dont know. Its like Valerie Spenser. She is half black but not ONE character has asked her why she has color? DUMB!

I forget what program I was watching, but John Stamos himself said that he was invited for the 50th, but scheduling conflicts prevented him from going back to GH. He said he wanted to do it.

Thats cool to hear. One gold star for Mr. Valentini.

If I remember correctly, Stamos’s previous series ‘Grandfathered’ (FOX) was cancelled after just one season. Y-e-p.

Sexism in tv world. Kimberly and John had both same ideas. Kimberly had it first and gets shot down. A male John has same idea and gets a pilot .