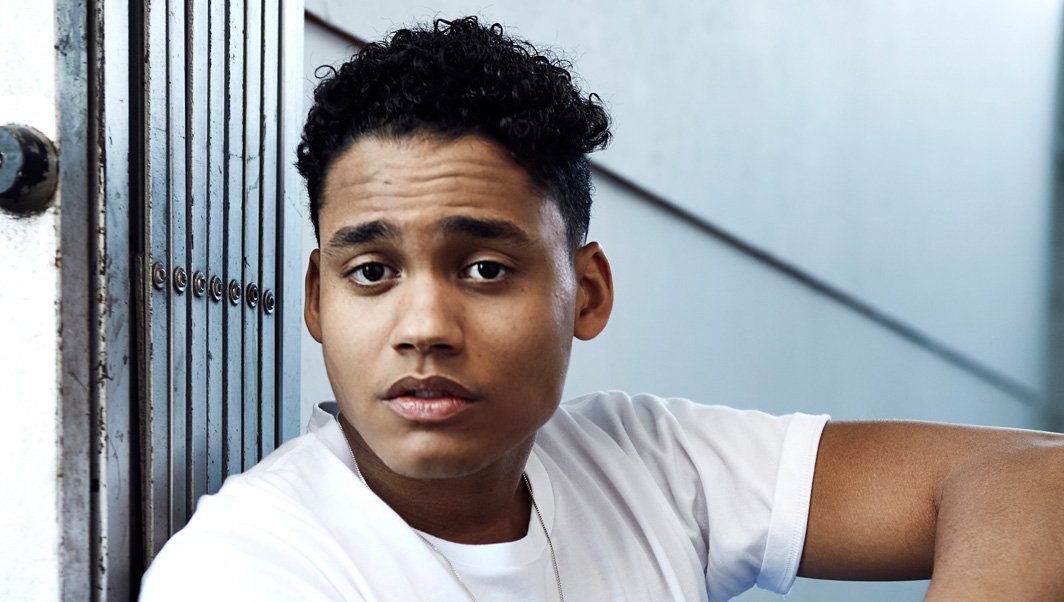 British-raised Adain Bradley, who has appeared on the hit CW series, Riverdale, is heading to CBS Daytime and The Bold and the Beautiful!

Beadley is set to play the role of Alexander Avant, nephew to  Julius Avant (Obba Babatundé), and cousin to Maya (Karla Mosley).

As to the back-story of the new Avant:  He is is half-British and was raised in England by Julius’ brother and his wife. Alexander comes to Los Angeles looking for his American family, and carries with him, but of course, a big secret!

So, what do you think the secret that Alexander will bring with him from across the pond that could cause trouble for the Avant family? Comment below.

READ MORE
Y&R To Run "Villains Week" While B&B Is Set for "Celebrity Week"
Related Topics:Adain BradleyAlexander AvantCasting NewsCBS DaytimeRiverdaleThe Bold and the Beautiful
Up Next

His secret better be that he is in love with Liam if he wants to be on the show every day. Otherwise he is destined for virtual invisibility and ultimate abandonment (just ask Avant secret sister Sasha and the rest of the Avant clan). Why not just make him a recast Zende and juice up the family’s story line again? Bold and Beautiful – the 30 minute show that features 10 minutes of flashbacks and 10 minutes of commercials every day, leaving 8 minutes of rehashed dialogue to fast forward through and 2 minutes of actual new story. How do the actors not go mad repeating the same dialogue for days on end? Hey, new guy! Check in with nu-Thorne to find out what happens if you’re not tied to the latest Liam-Hope-Steffy triangle. Or just ask one of the nu-Spectras how exciting it is to be part of the B&B family.

That was a funny comment! You are so correct in everything you said!

LMAO. He and Liam will be trapped in an abandon building thinking it’s curtains for the two of them, and kiss. Then be rescued. LOL.

Completely totally agree with you…This show is such a joke to me. I knew as soon as Hope came back into the picture, it was going to be nothing but the triangle of Steffy/ Liam/ & Hope….Everyone will be on the back burner for God knows how long because they are going to re-hash this story that they have beaten into the ground yet again! Tell me, why did I see today that Liam has already proposed to Hope?? I swear these two women have no standards at all when it comes to men. They act as if Liam is the second coming of Christ himself. I mean are there no other men in Los Angeles?? I truly wish Liam was in a coma for at least two years, so we wouldn’t have to see his face!

You make me laugh, friend. You not only make your point in an entertaining way… you make a very valid point! B&B needs a blast of something. I sometimes feel the show is sort of a daytime walking dead. I get no foundation for these relationships — such deep emotions are forgotten as soon as a brief story arc is finished — and no one ever does anything of import. Even fashion seems to take a backseat.

It’s odd that they’re introducing a new member of the Avant family when we barely see Maya and Nicole anymore, let alone Julius or Vivienne. It seems like B&B has too large of a cast to handle right now, considering the bulk of story is around Steffy, Liam, Hope and Bill.

He is British, a cousin. and comes from England to seek out his American family and has a big secret…HE IS A VAMPIRE!..oops…i mistaken his background and secret to that of Dark Shadows’ Barnabas Collins!-lol

Well he’s dark and after a month he AND his British accent will be in the shadows. .of the storylines. So you’re right.

Ohhhh, Dark Shadows and Barnabas Collins!! How I loved that show as a kid. Miss it still. Even with all it’s klinks, cameras showing, actors stumbling on lines, it was still so entertaining, sometimes better then the stories lately on the current soaps.

WHY???
The Avant’s are rarely on the show, so why do we need ANOTHER one?
If they’re adding to the Avant family, bring beck Sasha! That would be a much better addition!

Y-E-T ANOTHER BONEHEADED DECISION by Bradley Bell and TPTB!!!!! FOOLS!!!!!

Surprised at this. Why not make story for those already on the show? Where is Thorne? Has he gone back to the Forrester basement?

And who is there for this cat to hook up with?

Maybe Thorne is busy learning how to maintain a convincing American accent? 😉

I forgot about Emma. I guess they’ll pair these two up. Yawn.

You know what would be nice? If they used the Avants already in town instead of adding more. Write a big story for Julius, Viv, Rick and Maya and let’s have a much-needed break from Steam, Still and Lope. They brought Sasha on and did absolutely nothing with her once everyone found out she is Julius’ daughter. Now, this kid is in town with a secret, so will he be gone too once it is revealed? I cannot believe they put one of the best actors in soaps (Jacob Young) on reoccurring status when he should be in a huge story. It makes no sense any more than hiring an actor to play a new Avant.

READ MORE
The Bold and the Beautiful Projected To Resume Production In June; Although Situation Remains Fluid
Continue Reading