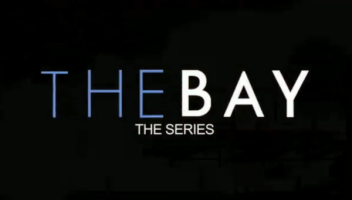 Trouble in Bay City? Oh, yeah! There are boatloads of it!  The twisty and often times twisted web series from Gregori J Martin, The Bay, returns today with all-new episodes for its 13th Chapter!

Beginning on Thursday’s throughout December The Bay will release new installments of the series with parts one and two of the latest chapter streaming now.  Joining the cast of The Bay for these new episodes are former GH favorite Alicia Leigh Willis and AMC online revival star Eric Nelsen. The duo come to down as Sara Garrett’s (Mary Beth Evans) niece Avery, and her conniving nephew, Daniel!

Elsewhere. look for Daytime Emmy winner and Days of our Lives star, Eric Martsolf to pop up in flashbacks as a young Lee Nelson, and former One Life to Live  star, who will also be seen in the upcoming new docu-soap/reality series Queens of Drama, Jason Shane Scott, who appears as Brad the bartender.

There are some key scenes to the series in the new chapter to kick thing off. Most notably, Lex (Tristan Rogers) learns of a terrible and dark secret from Sara’s past, and one of the most intriguing and percolating storylines that of Janice Ramos (Lilly Melgar) and her young lover, Peter Garrett (Kristos Andrews) continues to get steamy and conflicted.

Now after the jump watch the first two episodes of Chapter 13 of The Bay! Then let us know, what you thought of the storylines?  Who were you most excited to see on the series?  Comment below!

General Hospital and Days of our Lives Score WGA Nominations!

I thoroughly, THOROUGHLY enjoyed every part of chapter 13 and I so can’t wait for next week..This show has gotten better with every season and it’s totally on point now….I’ve been watching it since season 1 and still love it but love it more…So much going on and I’m intrigued with all the stories but I’m especially drawn to Sara and Lex, (Marybeth and Tristan Rogers) great stories and drama is what I like and The Bay give it to us..I highly recommend The Bay for those who want some soapy drama.

Never mind, I found the problem. I had the media player on mute on blip tv.

best soap around in along time its not boring very exciting always leaving u want more .

Can’t possibly choose who I’m most excited to see. So glad the show has returned. Looking forward to seeing more.

So excited about the new season and all the new people joining the cast! Really looking forward to the new episodes!

Was very excited to see the next chapter of The Bay, and Chapter 13 did not disappoint! It was fun and leaving us wanting more. I was happy to see Mary Beth Evans back and am anxious to find out about her past. Also very happy to see Lane Davis back and hoping it won’t be too long before fan favorite Charles Shaughnessy returns as Captain Saunders!

Love this article! So AWESOME! Did you get to meet the cast? So cool! I love this 2 episodes! #Jeter and #Sex or HOT! Don’t know what Will is thinking… Lianna is Hot! Can’t wait to see next weeks episodes.

Thank you for posting this Michael. Having been with The Bay from the first episode, I am so proud of Gregori, cast and crew. I can only hope in the near future the backing would be available to allow this great series more airtime. For those who have not seen any of the chapters, please go to Blip TV and watch from the beginning. To The Bay Family ONWARD AND UPWARD.

I love the Bay Series! Great show, love especially scenes with my fav actor Ronn Moss. He rocks as John Blackwell. Cant wait for more scenes with him

I havent watched but if this series is successful, then PP shouldve aired OLTL and AMC the same way…if fans of this series will watch a handful of episodes, why couldnt OLTL and AMC fans watch it that way too or wouldve it been too costly because these two were established soaps with a network connection and pricier stars…i think if the Bay can be done at lower costs the others couldve been done that way too…just a thought!!!

Love The Bay! Matthew Ashford plays the perfect creepy villain. Hate the stuff he does, but can’t wait to see what he does next.

I enjoyed the first two episodes here and it is easy to see the production values has gone weigh up in quality. I have a feeling we will see more Garrett family history, which has always fascinated me, sounds like Garrett patriarch was a massive ego of a tyrant.

I love The Bay! Love all the actors. Jade Harlow’s Lianna makes me want to shake her and give her a hug. And Patricka Darbo is just excellent in Part 2 – she made me cry. It’s so great to see these talented actors get a chance to shine.

#THEBAY rocks !! Loved watching every minute of both shows! Such great drama better than any #Soap out there! Looking forward to more #bayhem next week! 🙂