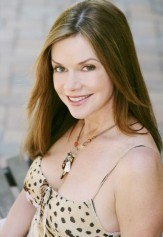 All My Children stars Walt Willey and Bobbie Eakes will co-host the Grand Finale Celebration of ABC Daytime Salutes Broadway Cares in New York City on March 13, 2011.  Willey and Eakes have been part of the benefit since the very first production in celebration of  All My Children’s 35th anniversary show.  Cameron Mathison had previously been announced as host but is now unable to travel to New York due to a scheduling conflict.

Broadway Cares also is announcing a variety of auction packages created in support of the event, including: The ultimate soap fan fantasy weekend, which includes round-trip airfare to New York and hotel accommodations, private access to the event’s final dress rehearsal, VIP tickets to the Grand Finale Celebration and a post-show party with the cast, the opportunity to appear on stage during the Grand Finale Celebration, opportunities to appear in a scene of All My Children, One Life to Live and General Hospital, behind-the-scenes tours of each ABC Daytime drama, a VIP package for a taping of The View, including a meet-and-greet with the hosts.

Additionally, fans will have an opportunity to win prizes through the ABC DAYTIME SOAP-A-THON SHOWDOWN. The SOAP-A-THON is an interactive online competition where fans of ABC Daytime dramas have the chance to win rare ABC Daytime memorabilia, including show props and wardrobe pieces. Fans will raise funds online for Broadway Cares in the name of their favorite ABC Daytime duo. They’ll compete against other fans to see who can raise the most money. The top fundraising team coordinator will be eligible to win a pair of VIP tickets to the Grand Finale Celebration and will be recognized for their efforts from the stage.

For tickets and online auction information visit  www.broadwaycares.org or call 212.840.0770.

Mark Hapka let-go by Days of our Lives!