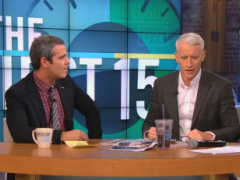 There was a lots of melodrama on this afternoon’s episode of the syndicated talker, Anderson, when host Anderson Cooper and his co-host on the episode, Bravo’s Andy Cohen, discussed the topic of how Anderson felt now that he  publicly came out.

Cooper then went on to blast Star Jones for comments she made on a segment of  The Today Show’s “Today’s Professionals” where she suggested that the decision for Cooper to come out at this time was a ratings ploy for his show! Jones had said, “I’ve been in daytime television for a long time. He’s a daytime talk show host and when the ratings slip in daytime, the hosts tend to tell you lots of things about them.  There were times that you generate information for ratings.”

Anderson responded to this to Cohen today when he said. “As memory serves, in terms of boosting ratings, I seem to recall Star hocking her wedding every single day to get free products when she was on The View and I seem to recall her lying about her gastric bypass surgery and making everybody else lie about it as well. So for her to suddenly emerge out of the shadows and suddenly attack me for this, I couldn’t believe it!”   He added that her comment was “so annoying” because he made his announcement when he was off the air.

Anderson went on to say, “If I was wanting to boost ratings, I would have waited to announce it on ‘A Very Special Episode’ that would have been promo’d for weeks and weeks and there would have been commercials… ‘Anderson’s Huge Announcement! But instead I was in Africa on assignment for 60 Minutes.  I wasn’t even on the air for days afterward!”

The talk show host and CNN anchor said t he invited Jones on the show to discuss this whole situation further but she turned him down.  Watch the video of the segment of Anderson talking about Jones to Cohen after the jump, and then let us know what you think about Jones’ comments and Anderson’s rebuttal!

NASHVILLE – Watch The Pilot Episode Before Its Network Premiere!

Genie Francis Chats On Being Fired From Y&R & If She Would Consider Returning To GH!

Star Jones is just mad because her ex-husband is gay!!! He was gay when she married him!!!

Yes he was….. AND I can’t believe SHE didn’t SEE that.

she always been a two face hypocrite. I’m not surprise about her knack for attacking people.

LOL! Now, of course, Cooper is making a big deal out of this MONTHS later? Please. Why even bring this up? The majority of people probably didn’t even know what Jones said. This is the start of the new season. So, Cooper is creating a mini-controversy that is permeating the web.

This is just very meta!

Well, right now HE is doing it for the ratings, LOL. Whose he kidding? I agree, why bring it up months later?

Anderson is so poised, so professional, and always a good sport. Star is a wannabe who is no longer relevant on any measure. Who cares what she has to say?

Star Jones is a washed up never-was and it seems to me that SHE is the one looking to make news. She should crawl back to wherever shes been….

Wow what a bunch hypocritcal comments. I didn’t even know that Star Jones made that comment, but so what?? Anderson Cooper brought more attention to this then it needed, I wonder if he did that for ratings also. Star Jones made a huge mistake while on the view, but who in life hasn’t let something go to their heads??? People need to get down off their high horses and stop being nasty bullies to people. He bullied that RHNJ girl and now Jones. What’s his problem with strong women who have opinions??

He brought that RHONJ girl back to apologise and she accepted. I saw a clip of the comment Star Jones made and she immediately apologised after saying it, but he forgot to mention that. Rather you accept the apology or not is up to you but you should have let it go at that.

Whose the RHNJ girl? Oh, and I like your point of view referencing this matter, regarding Anderson giving it more attention that it needed (Ratings) and Star’s mistake on the View, but who hasn’t made mistakes. Very humbling point of view, k.

I am going to follow in the words of Raylan Givens on JUSTIFIED and “just file this under ‘Who Gives a _hit?'”

Could not agree more! Really is this all these people have going on for them?

Thought everyone knew.I don’t even know why he had to announce it.Does straight couples have to admit how and what ways they had sex,Nobody’s business.don’t even know why it was brung up on The Today Show.Star has never confronted that people thought her husband was gay.She really needs to shut up.What happens in the bedroom needs to stay there and everyone needs to get over it.

I think if you were gay you’d understand why it’s important for people like Anderson Cooper to say it out loud. Straight people don’t have to announce it, because it’s something that is generally assumed. (Though if they felt the need, go for it).

Young gay folks need to know that there are role models out there, people in the public eye at the very least who they can relate to in this way. It’s more important than you know.

Sometimes straight people have to announce it because certain gays think everyone is GAY! And if they deny this, their just as hypocritical.

Never met a gay person who thought everyone was gay.I knew anderson was gay for years.The press kept bringing it up forever.I really don’t care if he’s gay doesn’t change my opinion of him.I like the guy.But my point is why does he have to come out and say it.Its nobody’s business.I don’t why people thought it was a big secret.No he didn’t say I am gay ,but why does everytime someone is gay they have to make a announement to shut the media up.I heard for years how Anderson wouldn’t come out of the closet.Its his business.Being born into… Read more »

Why is this even an issue?
There are more OUT gays on television than ever.
Who gives a shit anymore?

I like Anderson Cooper. Seems he is taken pretty serious as a journalist.

how sad is anderson cooper. yale graduate. filthy rich. part of the vanderbilts. socially connected. yet he chooses to be a daytime talk show host and a liberal shill on cnn. it’s the lowest rated news network. how low? during the vice presidential debate: cnn’s combined ratings w/ msnbc are still lower than the total ratings of fox news! no one cares abt star jones and his feud. the only reason the mainstream media keeps promoting him is precisely bec he’s gay. cnn is a ratings disaster. he is not a ratings draw. yet he gets a talk show precisely… Read more » 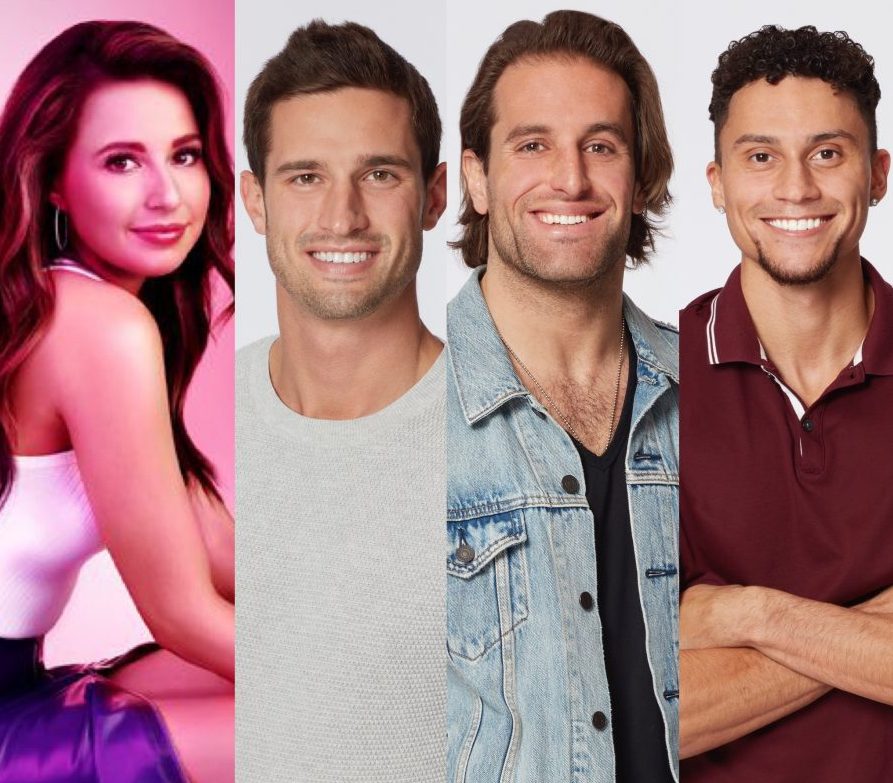