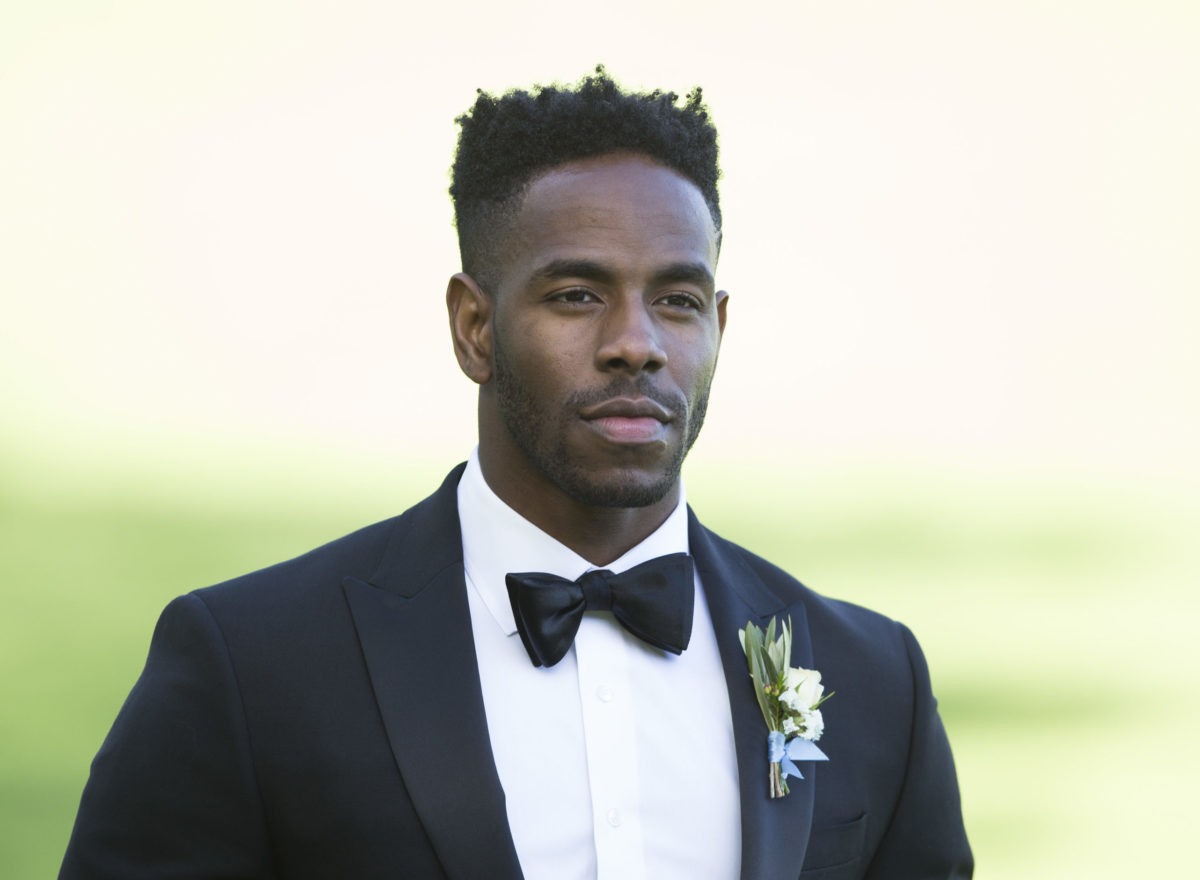 Becca’s season of The Bachelorette has certainly gotten off to a murky start; thanks to some of the male contestants in the running who want that final rose from her.

News today came to light on contestant Lincoln Adim, the Boston-based account sales executive with the rock solid body and attitude to boot, that rubbed some of the other guys the wrong way in the first episode of the season.

Reality Steve who broke the story revealed Wednesday, that Adim had been convicted of indecent assault and battery last month and has to register as a sex offender.

E Online received a statement on the situation from the Suffolk Country District Attorney’s office in Massachusetts where it confirmed that in May, and a week before the new season premiered, that Adim was found guilty of groping and assaulting a woman on a harbor cruise ship in 2016.

In their statement, it related that Adim was sentenced to one year in a house of correction, with that term suspended for a two-year probationary period.  In addition, he was ordered to stay away from the victim and had to attend three AA meetings per week.

To make matters worse … by law he has to register as a sex offender.  The report goes on to say that if Lincoln complies with the judge’s orders, he will not have to serve out his term, but if he fails to comply with those orders or re-offends, he could be ordered to serve out the year in jail.

ABC has not commented on the legal situation, nor has Becca Kufrin.

Reality Steve revealed that he was told on Monday that Adim was in court.  He said that ‘Bachelor’ season 15 contestant, Ashley Spivey obtained the district attorney’s office’s statement for him. Spivey tweeted it as well.

Season 14 of The Bachelorette began filming in March and wrapped in mid-May.  As viewers have seen, going into the rose ceremony on the upcoming, June 18th episode, Adim is one of 17 men remaining.

News of Adim’s conviction comes on the heels of first impression rose winner, Garrett Yrigoyen, who made the news for “liking” offensive posts on Instagram targeting the trans community, and mocking a Parkland shooting survivor, among others.

What do you think now about the caliber of men on this season’s ‘Bachelorette’? Comment below.

Is Bryan Dattilo The Next Cast Member To Exit DAYS?

Not impressed with a good number of the men for a variety of reasons. I would love to bring down the ego of Mr male model Jordan. He is way too in love with himself to leave room for anyone else. Lincoln had an air about him that felt like trouble and it seems to have panned out to be so. I like the current football player, the guy she had the one on one with Monday night and I like Colton I think his name is….former football player. This is most definitely not my favourite season. I’m not overly… Read more »

Whoring” Your Integrity and Losing Self-Respect
Pitting one guy against the other is nasty.
And any man that would want a woman that played him against other men I have no respect for him.
How can the man feel the winner when the woman he ‘won’ has also felt love for the others and had to decide which one she wanted.
She is whoring herself out and that was 1st said by guys around here.

Its a really dumb show…and much is staged!!!

1. The Bachelorette REALLY MESSED UP with the choice for the ‘bachelorette’ for this season. Becca…whose voice alone is BEYOND ANNOYING!!!!!
2. Over half of the guys for this season are nothing but BLUSTERING FOOLS!!!!! To me, they look like they’re there just for CAMERA TIME!!!!! Idiots.
3. More and more, the fellas’ wardrobes…BEYOND WHACK!!!!! Beyond yuck.

Not surprised at all!