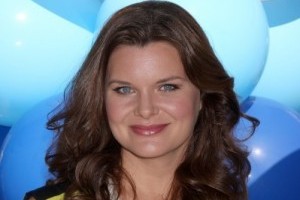 Five-time Daytime Emmy winning actress, Heather Tom (Katie) of The Bold and the Beautiful, took first place in the women’s celebrity division at the twenty-seventh Annual Nautica Malibu Triathlon that took place this past Sunday in Malibu, CA.  This is the second win for Tom, who also took home the honors in 2009!

The entire The Bold and the Beautiful team raised a total of over $8,000 for the event which benefits Children’s Hospital Los Angeles!

What do you think about B&B’s Triathlon prowess? Comment below, and congrats to Heather Tom, Katherine Kelly Lang and Team The Bold and the Beautiful!

One Life to Live's Amber Skye Noyes Lands Role on CW Drama, Beauty And The Beast!

Anything that benefits children, I am all for. I applaud team B&B.