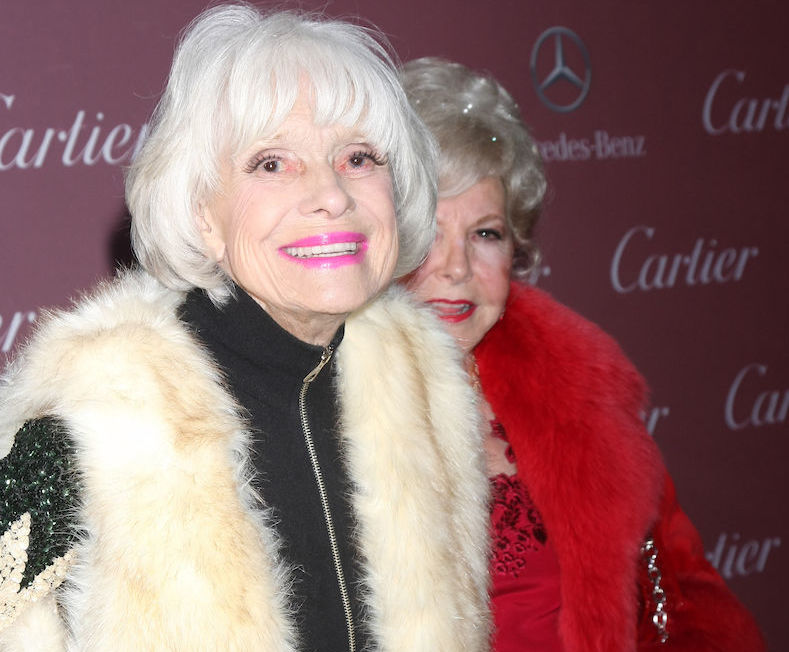 The beloved and iconic star Carol Channing has passed away at age 97.  Best known for her performance as Dolly Levi in Hello Dolly, the Tony Award-winning actress also picked up a Golden Globe for her role in Thoroughly Modern Millie, and was nominated for an Academy Award for it as well, throughout her enduring career.

Reports on Tuesday detail that Channing died at her home in Rancho Mirage, California, of natural causes.

While Channing did so much in her illustrious career, she also appeared as herself back in 1993 on CBS’ The Bold and the Beautiful.  That’s when the Forresters staged a celebrity-filled fashion show with plenty of glitz.

In a tweet with a photo of B&B’s enduring star, John McCook (Eric Forrester) pictured with Channing, the daytime drama shared: “All of us at #BoldandBeautiful mourn the loss of our friend, the legendary star, #CarolChanning. She was a true original and there will never be anyone like her. Ms. Channing appeared as herself on B&B in 1993. May she rest in peace.”

Channing’s performance as a diamond-loving showgirl, Lorelei Lee, in the Broadway musical Gentleman Prefer Blondes back in 1949 made her a star.  Marilyn Monroe would play the role in the film adaptation.

Later in her TV career, she appeared on numerous shows including: Rowan & Martin’s Laugh-In, The Love Boat, Touched by an Angel and several game shows, to name just a few.

Who Will Be Ryan’s Next Victim On General Hospital?

I can only hope he puts Carly down..
She is annoyingly unpleasant and that makes her hard to stomach.

If I were writing I’d have an unknown person shot her in the arse with a tranquilizing dart.
The Carly character needs to sleep back and off..

I use to like Carly but she has turned into a screaming banshee!

But- she will Not be harmed nor dead..

So- 2nd choice would be Laura and 3rd Lulu.
and neither of them will be harmed nor dead..
There is no reason as to which will be Ryans, next victim, because no one is going to die.
His killing time has ended.

Carol Channing was truly a legend. A great entertainer who brought joy to her audiences.

Oh, I did adore Carol. She was so unique, and her voice especially. I saw her years ago in NYC in GPB, but I was only 17, too young to really appreciate her. We then went to the Copa and watched two silly comics, who turned out to be Dean Martin and Jerry Lewis, which of course didn’t mean anything until I saw their first movie. I grew up in New Haven, and going in to New York was so exciting.

A major loss to the entertainment industry. May she rest in peace. Also, I have one thing to say: RASPBERRIES!