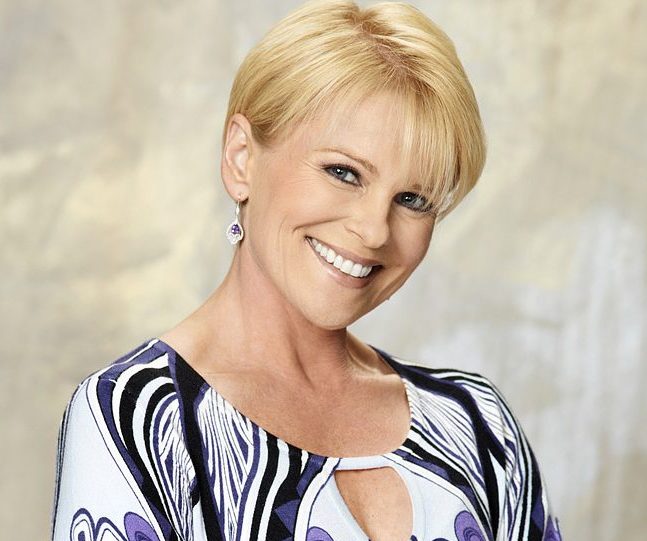 It has been a very difficult year for Judi Evans (Ex-Adrienne, Days of our Lives) and we are sending so much love, and support that she rallies back from the physical challenges she is currently facing.  As fans of Judi’s know, she also lost her son Austin at the end of last year.

After suffering a horrible fall in a horseback riding accident on May 21st; where she reports say she suffered a broken collarbone, broken ribs, two chipped vertebra and a collapsed lung, Evans is now battling the coronavirus while she is in the hospital and she has been hospitalized for the past 23 days,

Her rep took to Facebook to update everyone on Judi’s condition sharing:   “I spoke to Judi on Sunday and she is STILL in the hospital – 23 days now and counting.  She contracted COVID-19 while there and she had what is known as the COVID blood clots in her legs and she nearly had both legs amputated on two different occasions. She had mild symptoms – fever, aches, a cough and the blood clots. On top of everything, when she went into surgery on one of her legs, they forgot to numb the leg and cut into her leg while she was fully conscience with no numbing of the area! However speaking to her on Sunday, she was in good spirits and back to Judi “humor” despite all these spiraling turn of events. She has said she appreciates all the prayers for her and they’ve helped her mentally, physically and spiritually! She just wants to continue to test negative on COVID-19 before she can go home and get the rest she so needs!!!

In addition, Soaps.com learned from the rep that Judi was scheduled for surgery on her ribs and lung since Tuesday but it keeps getting pushed back.

Please send your thoughts, prayers, and well-wishes to Judi via the comment section below.