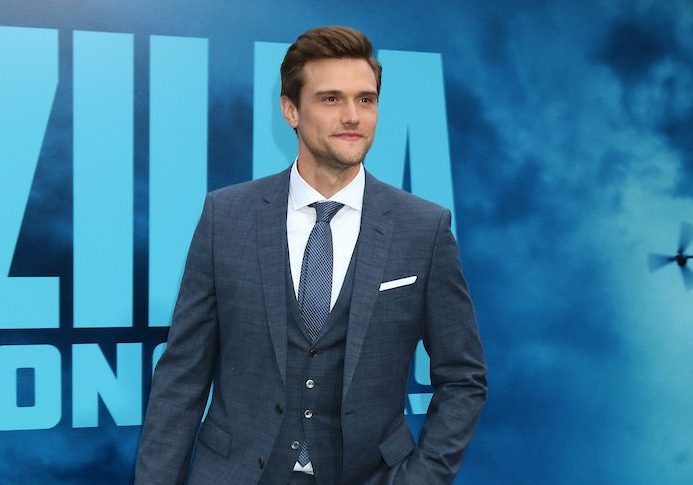 Many saw this coming!  The once Kyle Abbott of The Young and the Restless, Hartley Sawyer (he played the role from 2013-2014), has been given the heave-ho by CW’s The Flash, the series he has been appearing on since 2017 as Ralph Dibny.

Tweets over the past week that surfaced from Sawyer’s past were racist and misogynistic in tone, but all from before he joined The CW series.  The contents within them contained references to sexual assault and contained racist and homophobic language.

Sawyer’s Twitter account has since been deleted, but screenshots of the old posts have circulated online in the past two weeks.   The actor’s dismissal firing  comes in the wake of George Floyd’s May 25 death in Minneapolis that sparked global protests.

In a joint statement from The CW, producers at Warner Bros. TV and Berlanti Productions and executive producer, Eric Wallace, they expressed: “Hartley Sawyer will not be returning for the season seven of The Flash. In regards to Mr. Sawyer’s posts on social media, we do not tolerate derogatory remarks that target any race, ethnicity, national origin, gender, or sexual orientation. Such remarks are antithetical to our values and polices, which strive and evolve to promote a safe, inclusive and productive environment for our workforce.”

Sawyer took to his Instagram, saying in part, “My words, irrelevant of being meant with an intent of humor, were hurtful, and unacceptable. I am ashamed I was capable of these really horrible attempts to get attention at that time. I regret them deeply.  This was not acceptable behavior. These were words I threw out at the time with no thought or recognition of the harm my words could do, and now have done today.  I am incredibly sorry, ashamed and disappointed in myself for my ignorance back then. I want to be very clear: this is not reflective of what I think or who I am now.  Years ago, thanks to friends and experiences who helped me to open my eyes, I began my journey into becoming a more responsible adult – in terms of what I say, what I do, and beyond. I’ve largely kept that journey private, and this is another way that I have let so many down. I still have more work to do.   But how I define myself now does not take away the impact of my words, or my responsibility for them. I am very sorry.”

The Hollywood Reporter broke the news of Sawyer’s dismissal.

So what do you think of Sawyer’s abhorrent tweets? His firing from the CW? Comment below.

B&B’s Katherine Kelly Lang On What She Has Learned From Playing Brooke: “She Taught Me To Follow My Heart, Never Give Up and Stay True to Myself.”

No one should lose a job over that! I hope he finds employment very soon.

No one told Hartley Sawyer that tweets never disappear. Look at all the people who are being called out by BLM and others for comments made on Twitter, Instagram and/or FaceBook years ago.

If we review the sins of anyone’s past, we would all be fired from our jobs. What happened to forgiveness? And who are we to judge?

Yeah he does need to lose your job. If he made some comment about Trump, you’d be all over it. Hypoctrite.

Sometimes i think social media is just not worth it..and on youtube i reported someon fior saying kill the police and other horrible stuff…

I didn’t like him on Y&R. I do agree his tweets were not appropriate. Strange sense of humor. I don’t know why someone would tweet that. I guess Y&R didn’t find out about these tweets and neither did Flash until now.

Maybe they should give people some training. I do think people can change and hopefully he can.

May god have mercy on his pathetic soul as everybody who just keeps on with this pathetic shit!! Do you want us to turn communist just how do you morons think that will work for you! You bloody scream about gay rights black rights Etc ! Let’s see how well it turns out for you if we become a communist country ! You want to take a knee try praying because we are at the point of no return!

Your country is very close to turning fascist at the moment. It’s been sliding that way since November 1980, and definitely accelerating since the Supreme Court threw out an actual election on December 12, 2000. The Orange Imbecile currently occupying the White House only turned it up (insert “frog in a pot of water” reference here) to just below the boiling point, and given his sickening encouragement of police violence towards the people – not to mention threatening to use the fucking MILITARY against the people, the temperature of that water is about 210.5 degrees Fahrenheit right about now. And… Read more »

Shut up. Sit down and shut it with your racist crap.

I never liked that Hartley Sawyer dude as Kyle on Y&R…and I now like him even less. Moron.