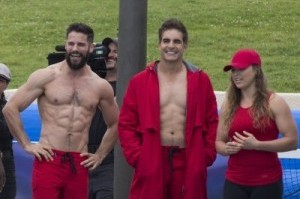 The Battle of the Network Stars is back for a fun summer jaunt of seeing some of your favorite celebrities show-off their athletic prowess, antics and more!

ABC has revived the series for very popular in the 70’s and 80’s.  Several soap opera notables will be appearing and competing on the series on different teams.

In an ode to ABC’s “Wide World of Sports,” 100 TV stars from 14 different network and cable companies will take their athleticism to a new level as they compete – to feel “the thrill of victory and the agony of defeat.” The summer event will pit teams of current and classic TV stars from multiple eras and different genres against one another in a variety of athletic games. 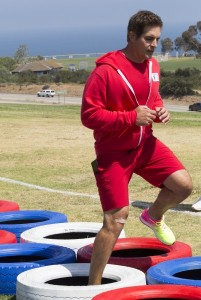 First up, Days of our Lives fans can look forward to Galen Gering (Rafe Hernandez) competing with the “TV Sex Symbols” team as they go up against the “Variety” team.

Joining the men are two ladies to round out the team, former Baywatch TV series star, Traci Bingham and Strong Medicine’s Rosa Blasi. 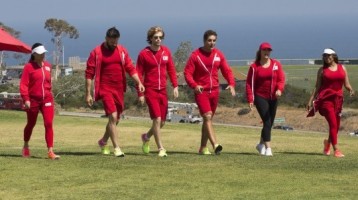 The team will be coached by none other than MMA fighter and Olympian, Ronda Rousey.  What pointers might Rousey have for this group?

Viewers will have to wait till the Thursday, July 6th episode to find out.  Battle with the Network Stars airs 9PMEST/PST.

Let us know if you will be checking out Galen & Co in the competition in the comment section below!

Judith Light On Her Career Highlights: "One Life to Live In The Late ’70s. That Changed My Life.”

Yes, I will be watching.

Galen definitely deserves that title! I’ve always thought he was hot since Passions.

Yes I will be watching!!

I will also be watching love Rafe and Hope

I will be watching. Love Galen on DOOL – have been watcing for 35 years.