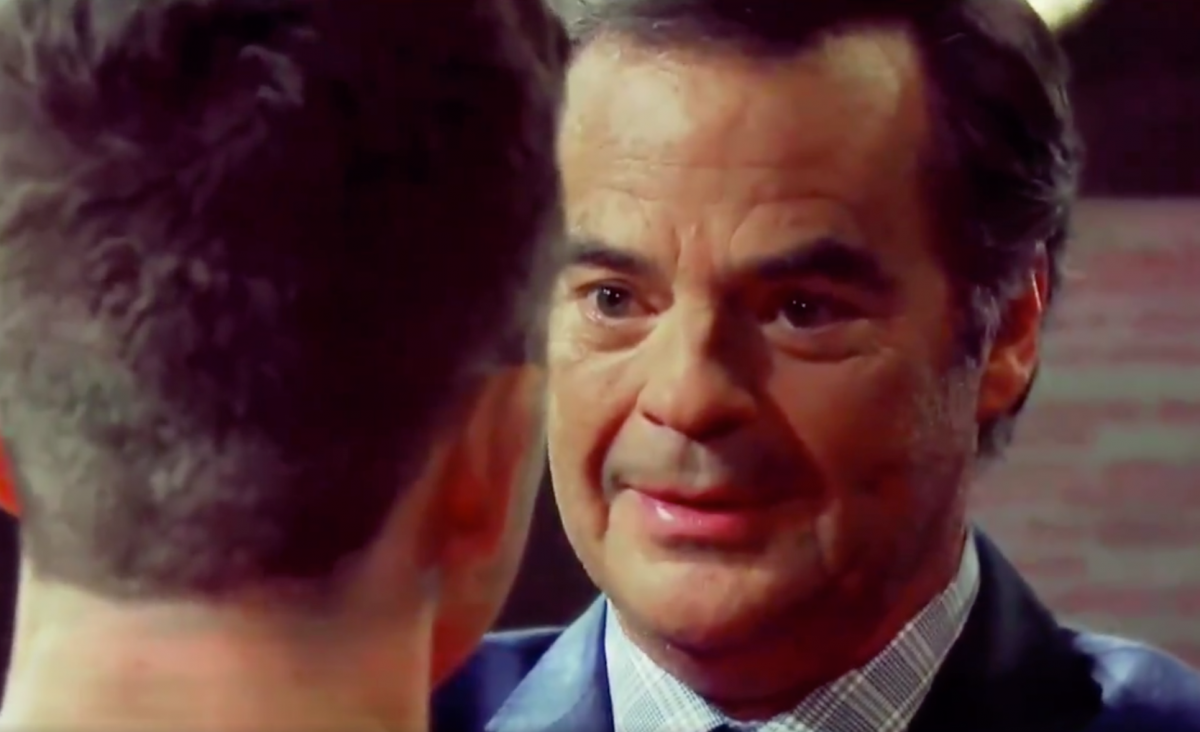 If you caught Thursday’s episode of Days of our Lives, the scenes capturing the minds of DAYS viewers featured touching work from Wally Kurth (Justin) and Chandler Massey (Will).

In it, after seeing Ben (Rob Scott Wilson) in prison, Justin comes upon Will, the man responsible for his beloved wife, Adrienne’s death (although the circumstances of just how Will was responsible have yet to come to light within the time jump).

Justin informs Will he is taking over Ben’s case, and Will thinks that with Justin on his side, Ben will have a better chance of getting out of the slammer.  Then, a guilt-ridden Will tells Justin that he thinks about Adrienne every single day and he will never stop hating and loathing on himself for being responsible for taking the love of Justin’s life away from him, and for what it has done to Will’s husband, Sonny, who has lost his mother in the process, and caused a huge rift in their marriage.

As things get more emotional between the two men, Will tells Justin that in his heart Adrienne was like a mom to him. Then, an emotional Justin tells Will he knows he did not mean to harm Adrienne.  Will thanks Justin, but thinks Justin hates him.  It is then that Justin reveals he could never hate Will.

Justin admits he hates what Will did, but let’s him know in no uncertain terms that he thinks of Will as a son, and will not and can’t stop loving him.  As Justin begins to tear up, he becomes emotionally overwhelmed by the sadness of the entire situation, and tells Will, “You’re a part of our family for better or worse.” 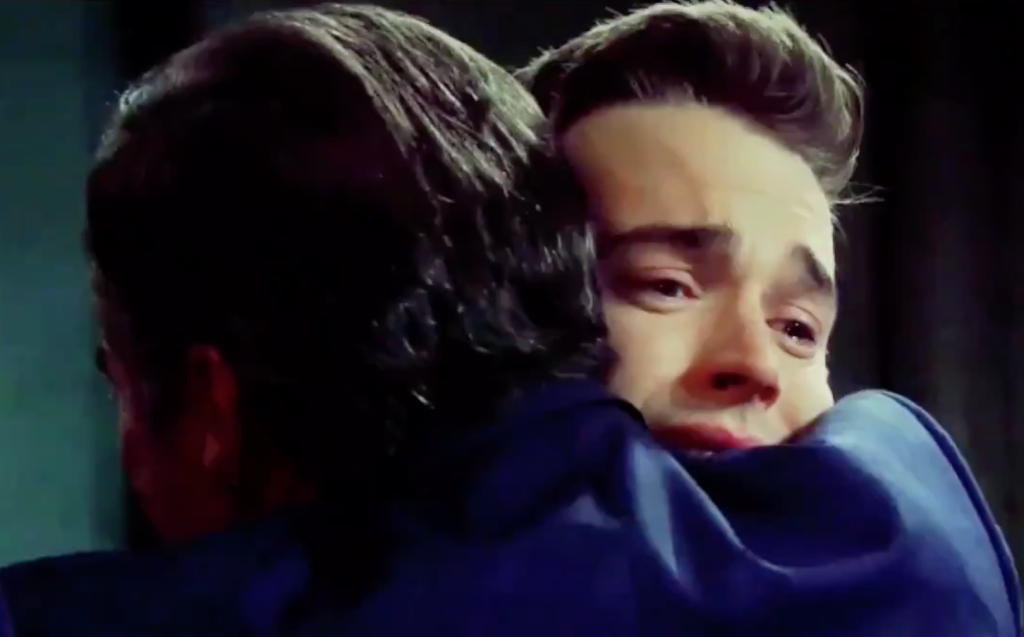 Next, Justin reminds Will that no matter what happens life goes on.   He himself is a perfect example as he has fallen in love with Kayla (Mary Beth Evans) and is happy for the first time in many months.  Then in the punctuation point of the scene, Justin tells Will to never give up on life and the two embrace.

Did Wally Kurth just lock up an Emmy nomination with this scene that aired on Thursday’s episode of Days of our Lives? Did you reach for the hankies?  Share your thoughts on the heart-tugging scenes via the comment section below.  But first watch some key moments from it.

DAYS OF OUR LIVES: Will and Sonny Call It Quits

It was a great scene…Days needs more of this…but is it possible Adrienne is really alive somewhere and Will had killed Bonnie Lockhart instead???

Ron has said when he uses Judi going forward, it will be as Bonnie Lockhart.

Ryan, I have read this also. I wonder how Wally is enjoying all his lady co-stars, and would just love to know which one he prefers.

That’s ridiculous. Nobody wants to see Bonnie.. or any of the other Lockharts ever again.

Not true. I’d like to see Bonnie with Clyde.

That could be entertaining… because Clyde would probably put up with her for about 20 minutes.

Like Wally good guy. Glad he is getting chance to spread his wings. Not a fan of Justin and Kayla long term..seems like a good relationship to rebound out of difficult times. Chemistry (to me) is more friendship. I do hope down the road they try him with Kassie; they have some good chemistry between them or maybe Hope she could use someone like jolly Ned after all she has been through.

I was so taken by this exchange with these actors it was so real. The emotions expressed by their faces and voices were heartbreaking. This was so true to Wills character his anguish and pain. If you know their history Justin was always a champion for Will. Wally K. pulled our heart out of our chest and placed it in Chandlers. The acting was the best I have seen on this show since a dying Will asked Sonny to marry him. Two great actors who gave validity to the power of Love and never giving up. Thank you to both… Read more »

That’s why they r call actors, they r great.

what great scenes wally kurth was amazing as was chandler so glad the writing team went there because sometimes catching those beats makes a story even better and our actors have the chops to pull these scenes off love the time jump and love days!

Wally Kurth and Chandler Massey were truly awesome in this scene. It pulled at ALL of my heart strings. I expected no less than for Justin to tell Will he forgives him. Even though I don’t like the story, the acting is awesome.

I hate this time jump! I hope someone wakes up and it’s all a bad dream! Cant stand princess Gina, dumb story!

Really great scenes. Would love to know how Adrienne died. I’m thinking car accident. Has Will had his trial and been sentenced? And why is he sharing a cell with a death row inmate? Aren’t they generally in cells by themselves? I know, it’s TV. 🙂

Yes, Momo, I’m guessing a car accident resulted in Adrienne’s death. That will soon be revealed. Will was already sentenced, how long for is yet to be seen. And Ben doesn’t have to be moved to a death row cell until his last appeal is denied.