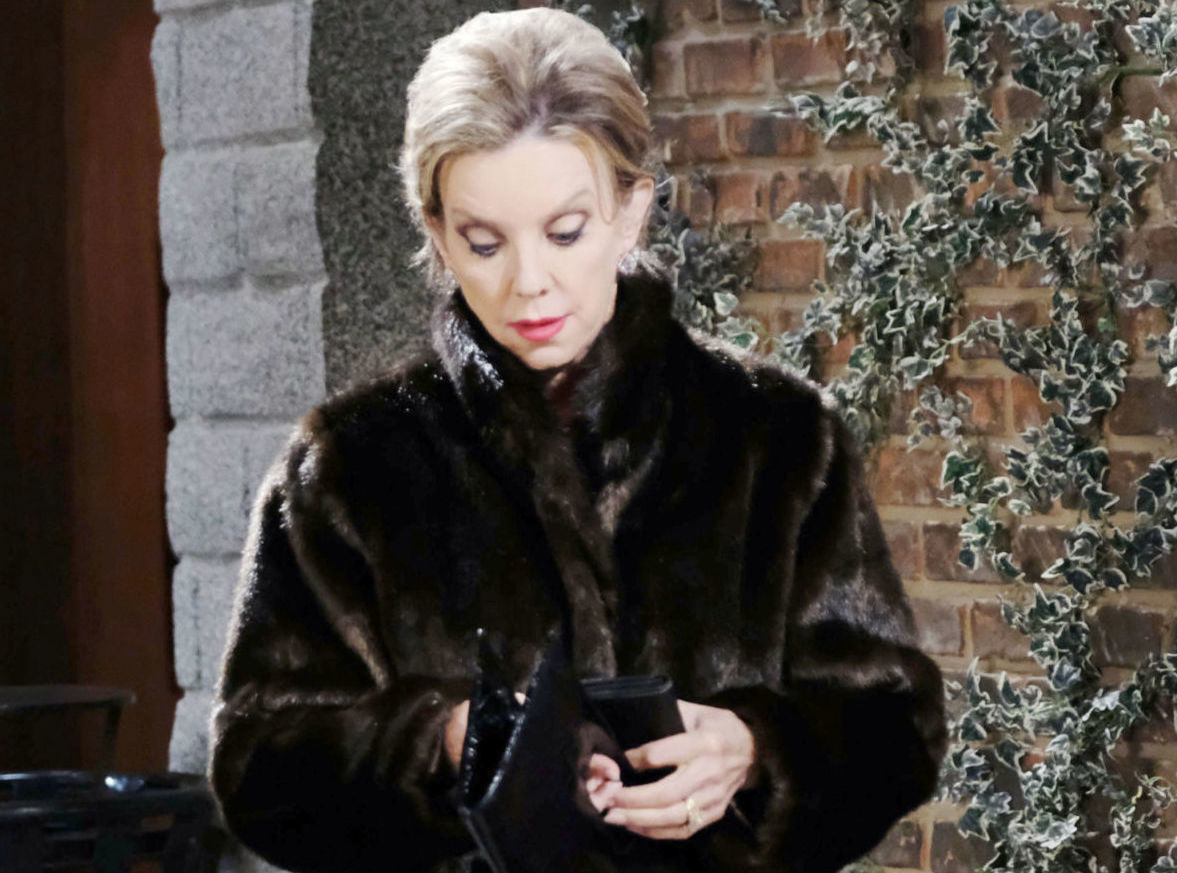 This week on Days of our Lives, Judith Chapman returns to DAYS in her new role as Leo’s mom, Diana.  When Leo sees his mother is in Salem he is horrified, and viewers can expect many twists and turns in this story.  Just what is Diana holding over Leo’s head?  What does she have up her sleeve for John and Marlena?

Elsewhere, Rex and Sarah reunite after she slept with Xander, and he admitted he cheated on her with her sister!  But there is another hitch! Eric discovers that he truly does have feelings for Sarah.  If he tells her the truth, will she still choose to be with Rex. or him?

Ben is losing his grip as Ciara is out of his life, following their break-up.  But, what everyone is about to find out is that Ciara is MIA and kidnapped …but who has her this time?

Check out teasers for the week below, and then the latest NBC promo.

Ben rats out Claire to Tripp.

Eli sets up a romantic surprise for Lani.

Now let us know, what storypoint you are looking forward to seeing the most this week on DAYS via the comment section below.

It looks like “Leo” is Ted’s son?…. or brother? ….the plot thickens? I actually mute Ted when he speaks——his gravelly-sort of sotto voce-kind of speech is grating. Do not like this guy. But, enough complaining—I am in seventh heaven having Judith and Greg finally together again—-this duo cannot do wrong in my eyes!! It’s a hit!! Please, ye soap gods!!…..remove Sara and Rex from the premises…..they’re a bust. I dont’t think Ben has Ciera!! Is it Tripp? Purposefully putting the onus on Ben? Claire? …of course annoying Hope will jump on Ben—-there’s no hope for Hope—-she will soon be going… Read more »

PS—–I will add John to the mystery list of “Who da daddy?”…..Soon enough, we will discover that Diana knows everyone is Salem—-the men, biblically…….