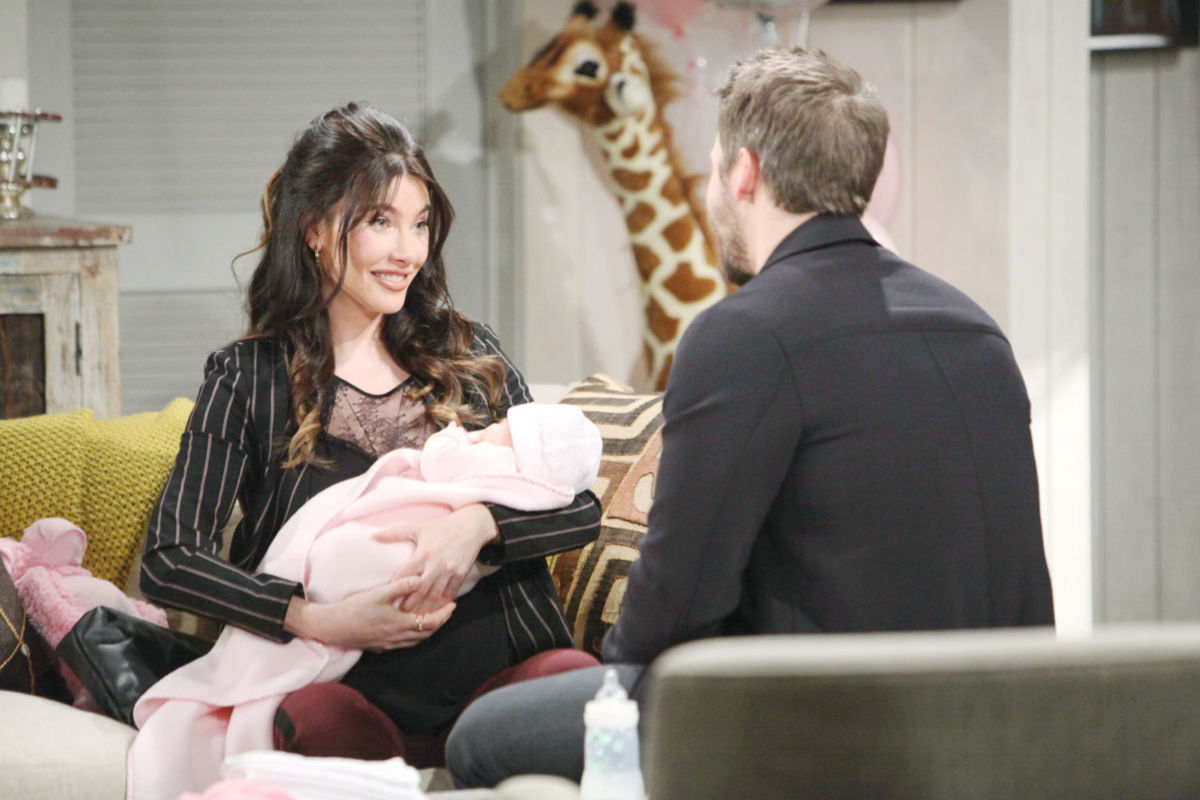 This week on The Bold and the Beautiful, a stolen baby … a rigged adoption … and the heartbreak it is causing are front and center stage.  Steffy is determined to adopt the little girl brought to her by her mother, so she can have a baby sis for Kelly.

Taylor has brought this baby into Steffy’s life, thanks to the machinations of Reese.  The doctor has demanded cold hard cash for the little girl.   Red flags are all over the place, but will anyone put the pieces together in time … or, will Steffy end up with Hope and Liam child’s for good?

Meanwhile, it’s Liam’s task to break the news to Hope; that Steffy is adopting a little girl.  Hope is struggling with the loss of her daughter and is trying to piece together the events of that horrifying night she gave birth on Catalina Island.

Check out these teasers for the action on B&B below.  Then, watch the latest promo from CBS daytime.

Reese rushes to save Zoe from the thug he owes money to on the TV sound stage.

Liam breaks the news to a horrified Hope that Steffy is adopting a baby girl.

Hope runs into Dr. Buckingham at her doctor’s office and demands answers to her questions about what transpired on Catalina Island.

Brooke and Ridge become suspicious about the speedy process of Steffy’s adoption.

Reese shares his plans for the future with Flo, who is overwhelmed by her part in Reese’s scheme.

So, what do you hope happens next in this baby switch/illegal adoption storyline?  Share your thoughts about it via the comment section below.

Oh this story is such a train wreck.

Steffi and Taylor are not always likeable, but they have been put through enough. Why does this baby have to be Hope’s? Couldn’t they just find another?

We all know how this is going to go. 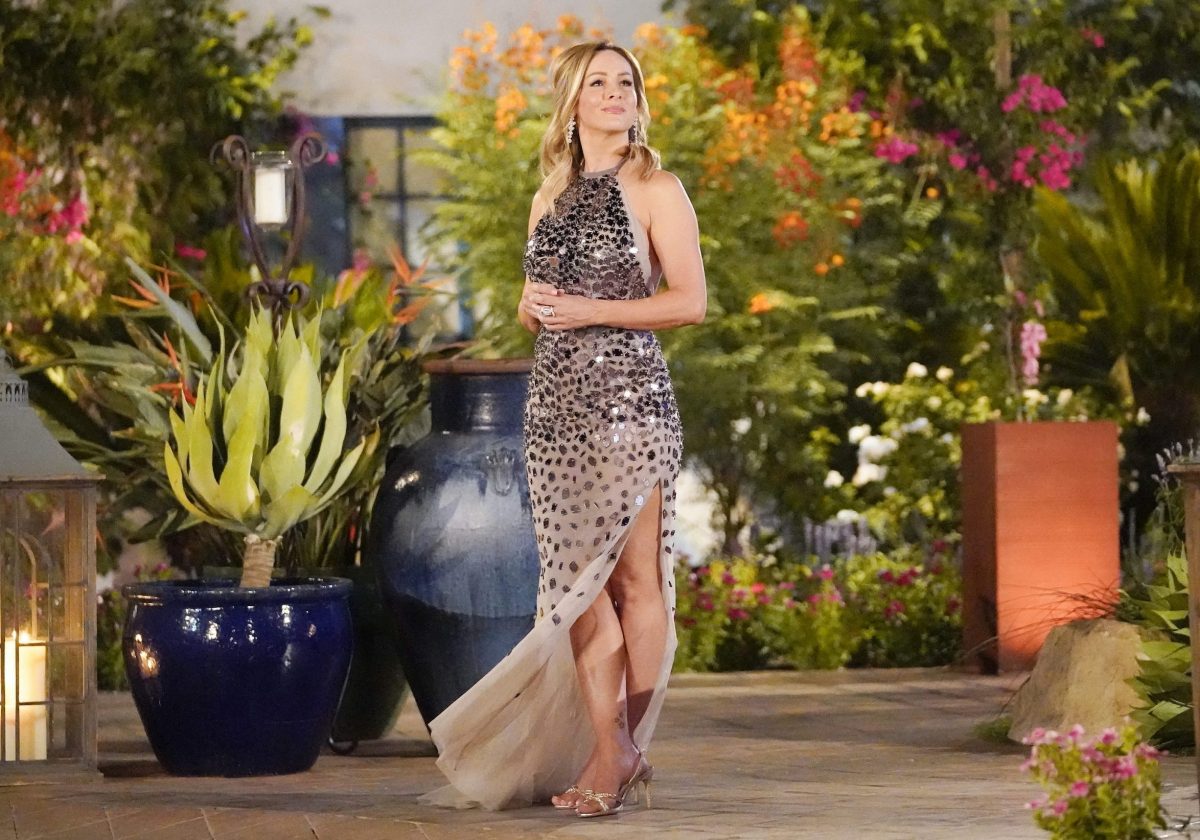 Last night on Dancing with the Stars, host Tyra Banks previewed tonight’s season premiere of The Bachelorette (8 p.m. EST/7 p.m. CST) with the drop of a two-minute promo that she called, a “hot mess”.  Well,  yup tis true!

Clare Crawley’s televised Bachelorette journey is about to begin unraveling on-screen which seemed to crash and burn behind the scenes, and we will all see how the show chooses to play it out and edit together into compelling, or can’t-miss TV.

In the promo, Clare, who is the oldest Bachelorette in the series history looking for love at 39, says to camera she will find love and, “I promise you: this finger will be no bare no more.”

We see her greeting the men as they limo up to the mansion, and when she greets Dale Moss and a huge smile comes over her face, as he walks away she utters, “I “Definitely felt like I just met my husband.”   It has been previously rumored she ends up with Moss in the middle of taping leaving the whole competition at a loss of what to do with all the other men left.

There is a moment int he preview, when Clare loses her cool when one contestant calls her out on her age and screams,”Guess what, I’m the oldest Bachelorette that’s 39, that’s standing here, that’s single because I didn’t settle for men like that!”   There’s another red-herring moment, when a contestant says in voice-over “It’s only a matter of time before Clare realizes the truth — that Dale’s maybe not who Clare thinks he is.”  And … there’s another moment when all the men seem to walk out on the competition because of her attraction and attention to Dale.  Chris Harrison confronts Clare about it all and says,  “Congratulations. You’ve just blown up The Bachelorette.”

This season was supposed to start production in March, but was shut down due to the Coronavirus pandemic. The series retooled with protocols in place, and quarantined all cast and crew to a Palm Springs resort in July; so they could get production underway,  Then in August, it was reported that Claire left the show abruptly after falling in love …. and was then replaced by Tayshia Adams in the pivotal title role of the reality series.

So, will you be checking out a season og The Bachelorette supposedly like no other starting tonight? Comment below.  But first, check out the much talked about promo! 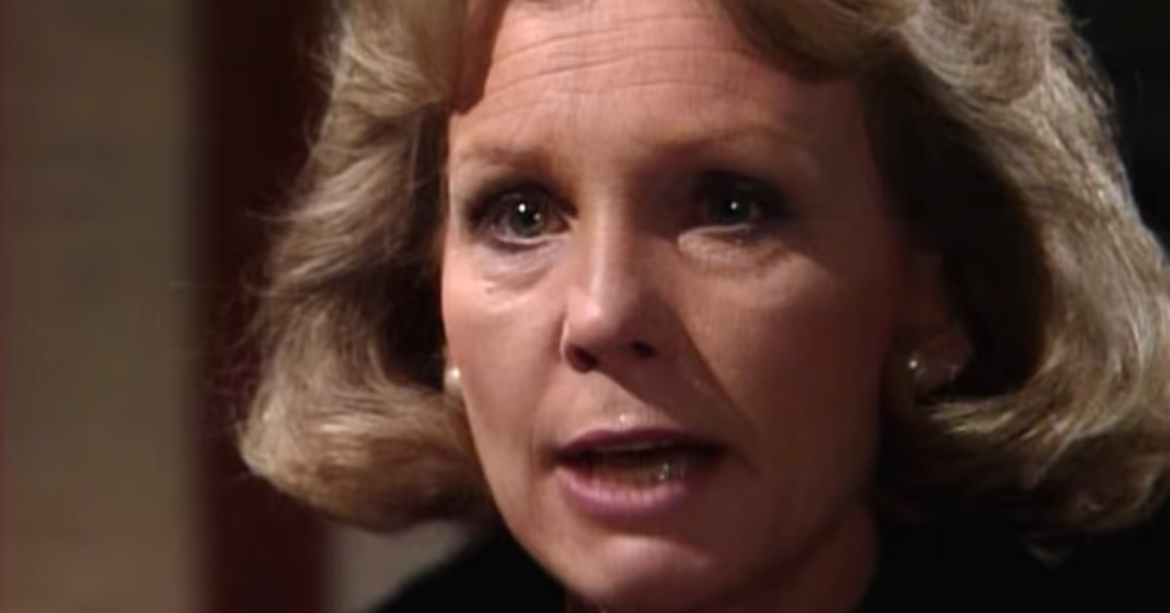 It’s time for all of us to say our goodbyes to the character of Dina Mergeron in upcoming episodes of The Young and the Restless.

The top-rated CBS Daytime drama has released a promo illustrating the legacy of the character originally created by the late, great Bill Bell. 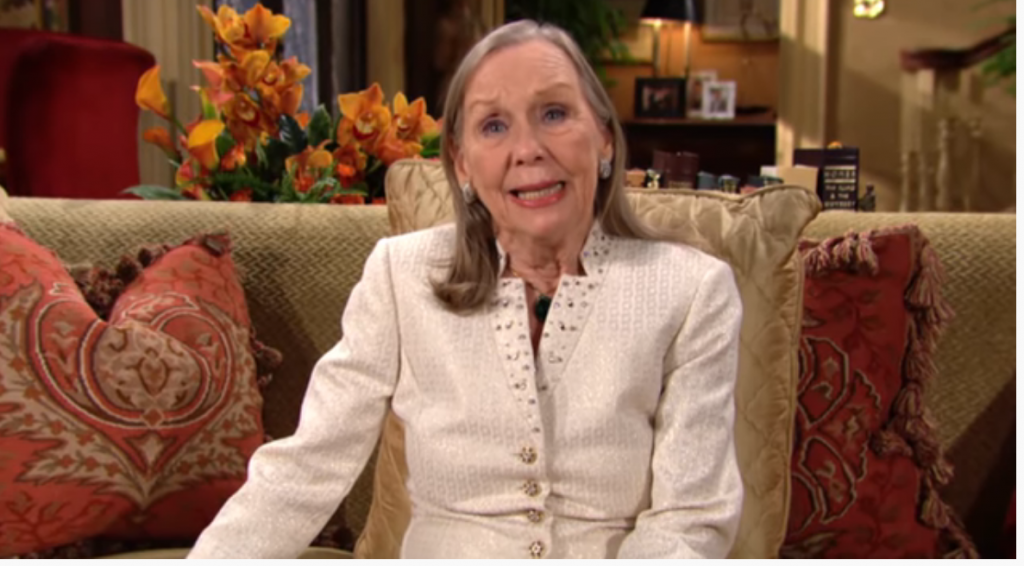 As fans of Y&R know, Dina was married to John Abbott (Jerry Douglas), cheated on him, left the family, and more. Chief among them hiding the truth of Ashley’s paternity for many years.  When Marla Adams returned to the show in 2017 ub recurring capacity through the telling of the Alzheimer’s storyline, some of the past pain Dina caused the Abbott children had been re-addressed.

Now, its time for Marla Adams on-screen run to come to its conclusion and the character of Dina.  Adams had first appeared on the show in 1983, and came and went through the years.

Watch the promo below as the show says their farewells to Dina … and how Marla ‘thanks’ all of you!

Will you be watching this week’s Y&R as the Abbott family comes to terms with Dina’s death? Comment below.

TONIGHT: Emotional ‘Dancing with the Stars’ On Tap 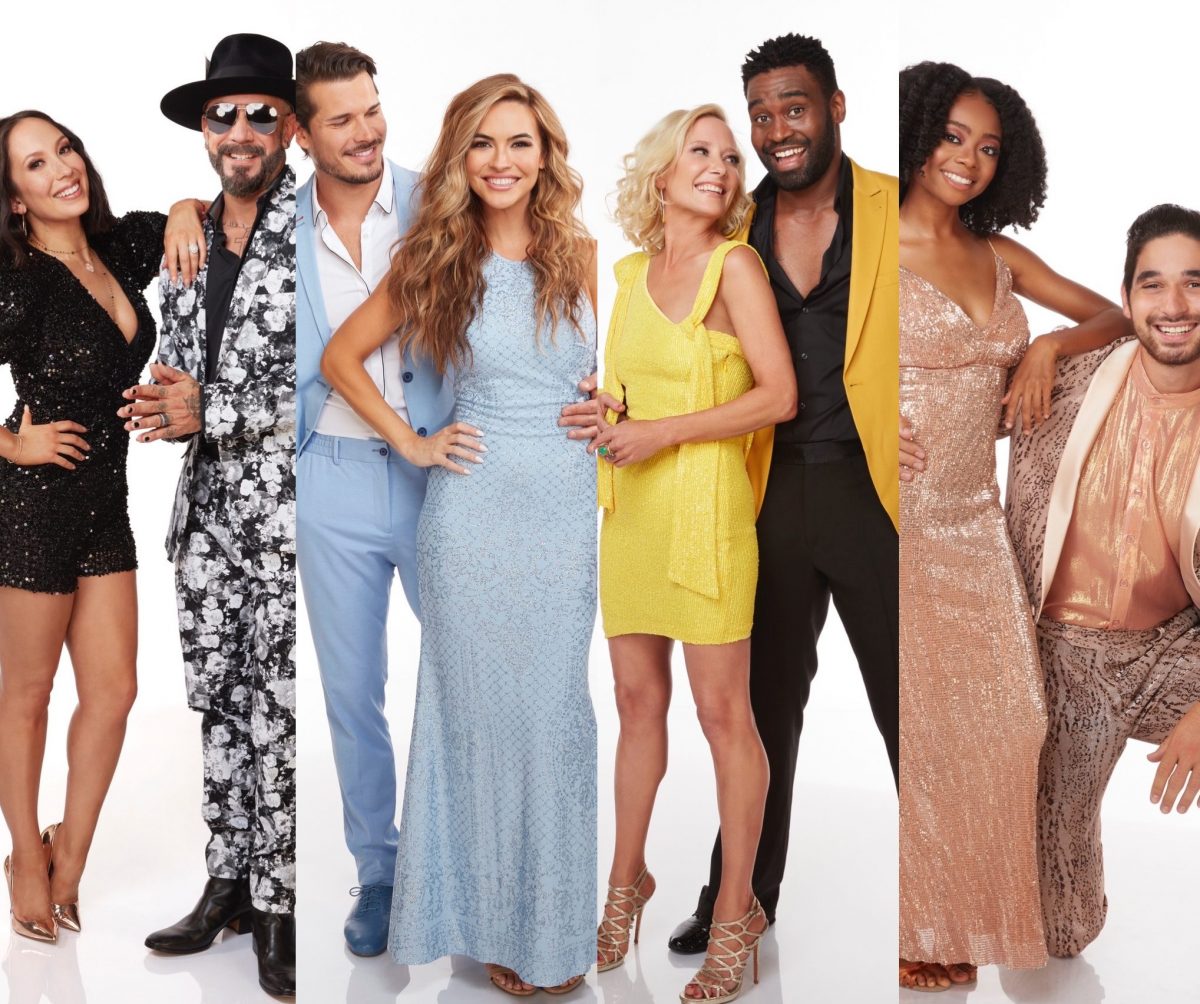 Thirteen celebrity and pro-dancer couples will continue to compete on tonight’s fourth week of the all-new season of ABC’s Dancing with the Stars (8 pm EST).

According to ABC, on a preview of tonight’s broadcast, following a comedic PSA cold open, Skai Jackson, the youngest performer in the competition, will deliver a powerful tribute to her late friend and fellow actor Cameron Boyce, and Backstreet Boy AJ McLean will walk down memory lane on the boy band’s career and we hear the boys may be making an appearance, too.

Anne Heche, who has survived so much in her life, and fought back from discrimination that derailed her motion picture career, will perform the Paso Doble to Katy Perry’s “Rise” with pro partner, Keo Mostespe.   For more with Anne, check out our interview with her on the Michael Fairman Channel

Chrishell Stause and her pro partner, Gleb Savchenko will Foxtrot to Harry Styles, “Adore You”, while Jesse Metcalfe and Sharna Burgess dance the Cha-Cha to Santana’s “Smooth”.

The ratings for the new season of Dancing with the Stars with new host and executive producer Tyra Banks have been up from recent previous seasons even amid the changes to the show;s format due to COVID-19.

So, who are you rooting for in the DWTS competition as your favorite duo on the ballr0om  floor? Comment below.